Why did I choose Arizona?
The Grand Canyon has been on my bucket list since I moved to New York City from Singapore. I knew I had to visit this natural world wonder before I moved out of the country. The Grand Canyon was better than I could’ve ever imagined. I was awestruck and I am so grateful I had the opportunity to see this national park. There were a few other things I had wanted to do in Arizona, so I thought it would a be great idea to do it all in one go! On my road trip in Arizona, we stopped at Phoenix, Sedona, Grand Canyon, Page, and Flagstaff.

My Travel Time
Late March
Phoenix was already piping hot. Drink water! Whenever I stepped outside, beads of sweat would be rolling down my head. (Check Phoenix weather)
I had great weather at Sedona; it was actually a bit chilly until I started hiking the Devil’s Bridge Trail. (Check Sedona weather)
At the Grand Canyon, I experienced sunshine, rain, and snow (we got to see a lovely rainbow in the canyon). It got a bit windy at times as well; bring layers! (Check Grand Canyon weather)
Page and Flagstaff were both a little chilly since those cities were further up north.  (Check Page and Flagstaff weather)

My Flight Details
Airline: Delta Airlines, JFK to PHX (round trip)
There are several airlines that fly to Phoenix from NYC and within in the country.
If you want to visit the Grand Canyon, it’s easiest to fly to either Las Vegas or Phoenix. I flew to PHX mainly because it was cheaper. I also just want to call out that was I was pleasantly surprised by the PHX airport; it was a lot better than many of the airports I’ve flew from in the US. It was clean, spacious, and checking in was seamless. Fortunately, Phoenix was also closer to other activities I wanted to do besides the Grand Canyon.
Flight prices vary depending on the time of the year. My flight price was a little less than $300 round trip and we booked around 1.5 months in advance.
We took a shuttle bus from the arrival hall to a building with all the rental car companies. The easiest way to travel in Arizona is by car. Our car rental was around $200 for three days for two people.

My Hotel Details
We weren’t picky with our hotels on this trip because when farther away from the city center, there aren’t too many options of hotels. Because we weren’t staying more than one night per city and all we needed was a place to sleep and shower, we went for the cheapest options, as long as the hotels looked comfortable. We didn’t need to be close to the sights we wanted to see as we had rented a car. To be honest, the only way to get the most out of Arizona is by car. There isn’t much public transportation and the roads are easy to drive on as it is spacious. Parking was available right next to all the hotels below.
Holiday Inn Express Sedona: Hotels in Sedona are actually quite pricey and range from $100-$400; our hotel in Sedona was the most expensive of the three nights at around $170.
Sleep Inn & Suites at Lake Powell: There aren’t too many hotel options in Page, but the prices were lower than Sedona hotel prices. We spent less than $100 for a hotel stay in Page.
Greentree Inn Flagstaff: We spent around $60 for a night in Flagstaff. Greentree Inn had several restaurants and stores around it.
Check out this travel hack to save some extra dollars for hotels!

My Arizona Road Trip Itinerary
Food: For this entire trip, good/different food wasn’t our main priority. We care about the food we eat on our trips, but the activities and sights were most important to us on this trip. As you get farther away from the city, there are also fewer food options (mainly Denny’s, Wendy’s, etc on your way to Page, Arizona). We stopped at Whole Foods in Phoenix before we took off to get some sandwich items and snacks. Since we live on the East Coast, we knew we had to get some food that is only available in the West Coast area (specifically In-N-Out; I’ve linked it because that’s how much I love it).  Meals on this road trip were quick so we could continue exploring!

Day 1
Dustin, my boyfriend, and I landed at night. After we picked up our rental car, we immediately went to get dinner. You guessed it: In-N-Out! It’s been two years since we had it and in our opinion, it’s better than Shake Shack. With the full stomachs, we drove to Sedona as we wanted to hike the Devil’s Bridge Trail in Sedona the very next day.


Day 2
Devil’s Bridge Trail: This is a 3-4 mile hike. Bring water, especially if it’s hot. This is a popular hike in Sedona because of the Devil’s Bridge. The hike starts off flat but it slowly starts to get steeper and steeper. The red rocks and views are amazing; it was my first time seeing rocks this color. I loved this hike and 100% recommend it even though it can get crowded during certain parts of the year.
Grand Canyon: Words can’t describe how amazing the Grand Canyon is. The rock formation is never ending and I couldn’t even imagine that there was something like this on earth. I’ve seen pictures, but they do not capture how grand it is. I wish there was an adjective that could accurately describe this canyon because it is grander than grand. We drove into the national park from the South Rim. We were only going to be at the Grand Canyon for a few hours. There is absolutely more than enough to do if you decide to stay for a longer period of time as there are plenty of hikes. There are entrance fees to the Grand Canyon, it was $30 for us, as we had one vehicle. There are also certain days where you can get in for free (click here to check for entrance fee). 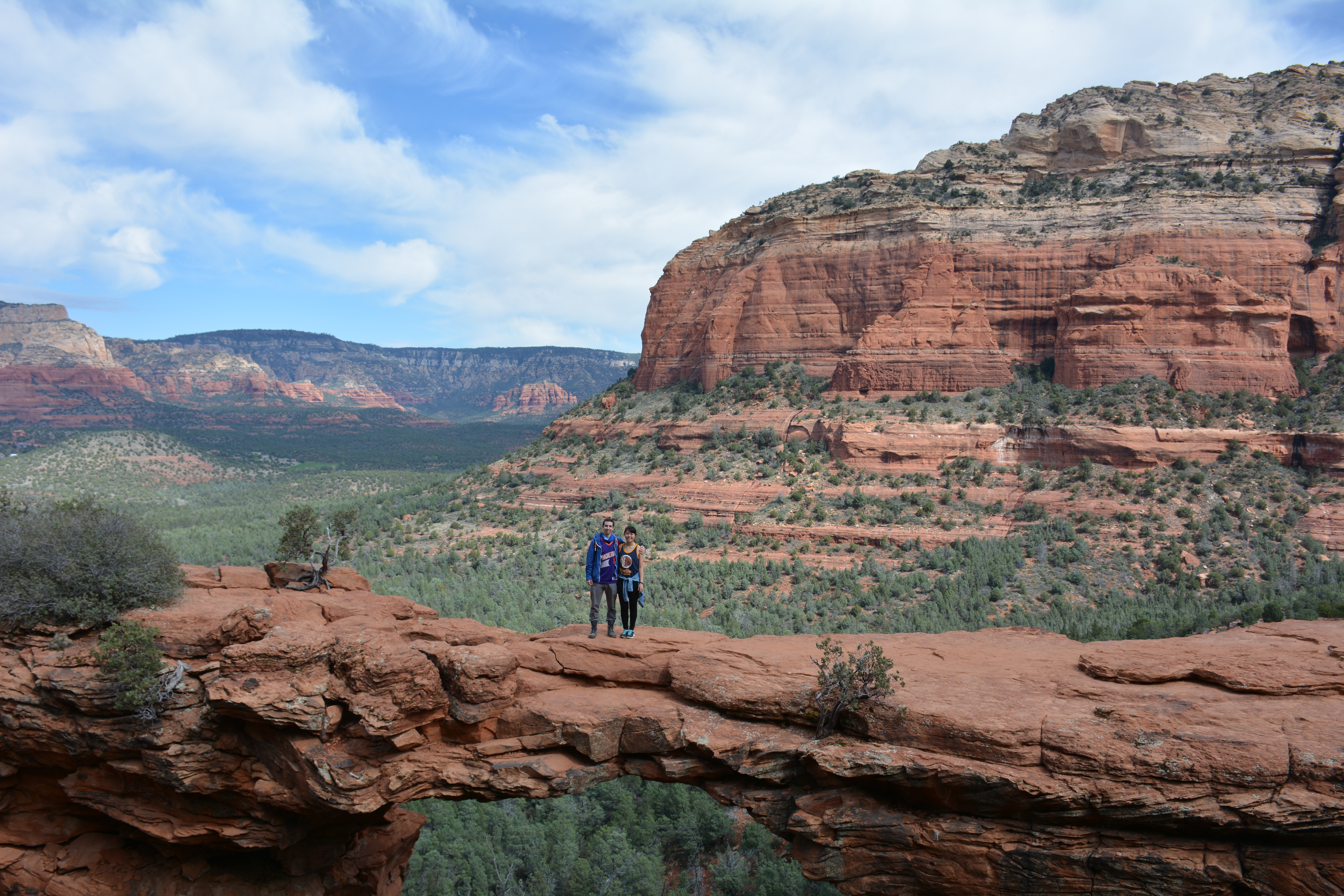 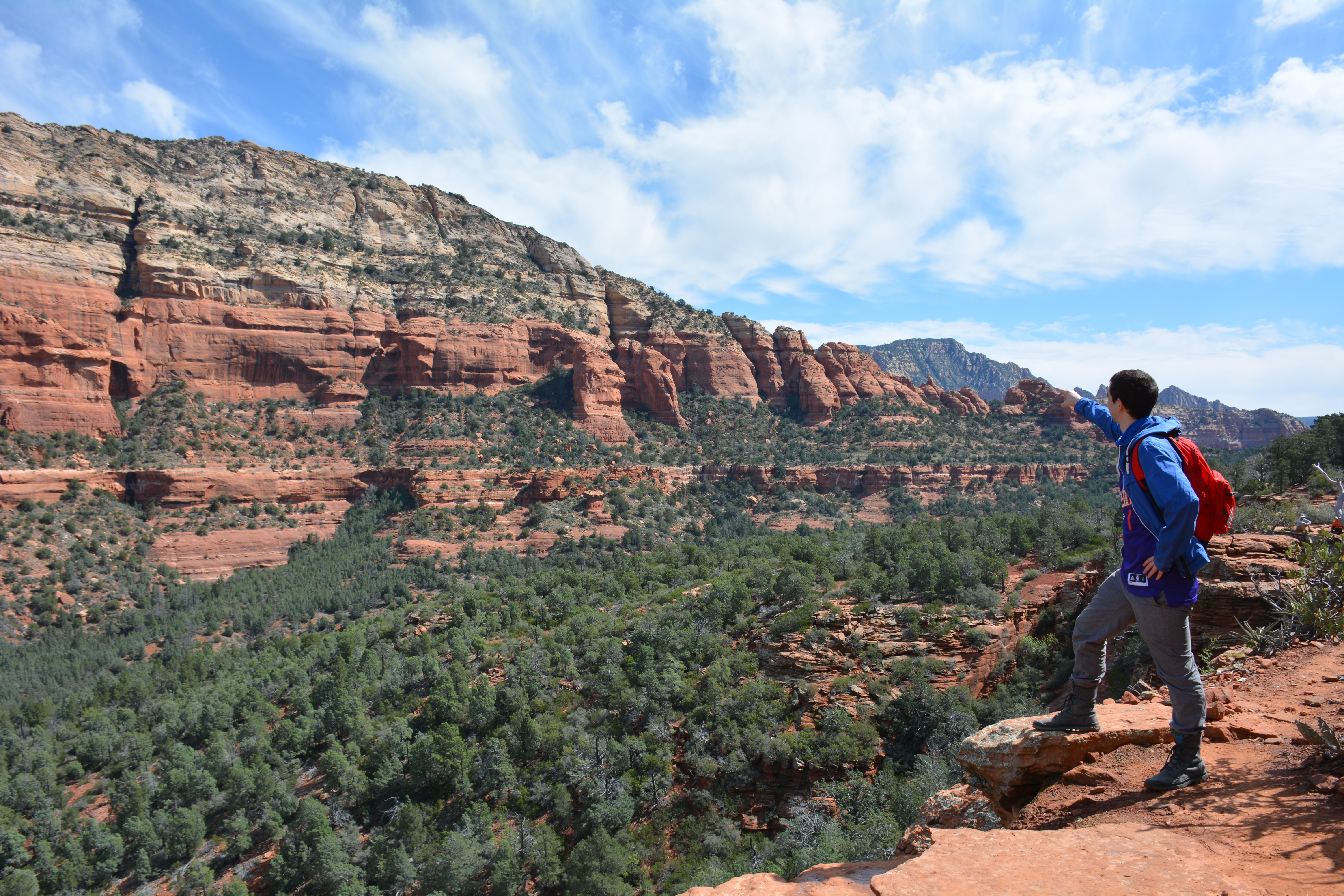 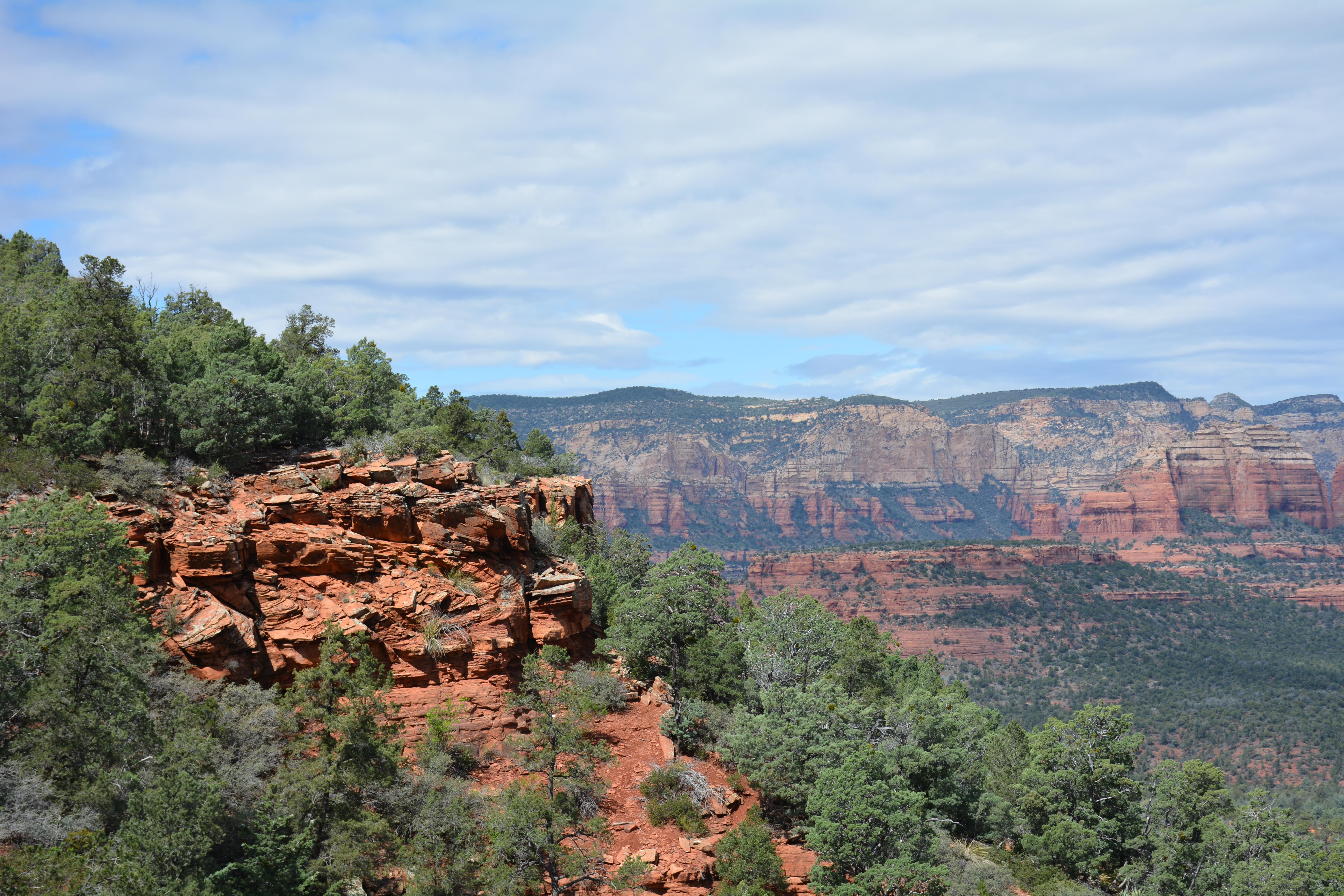 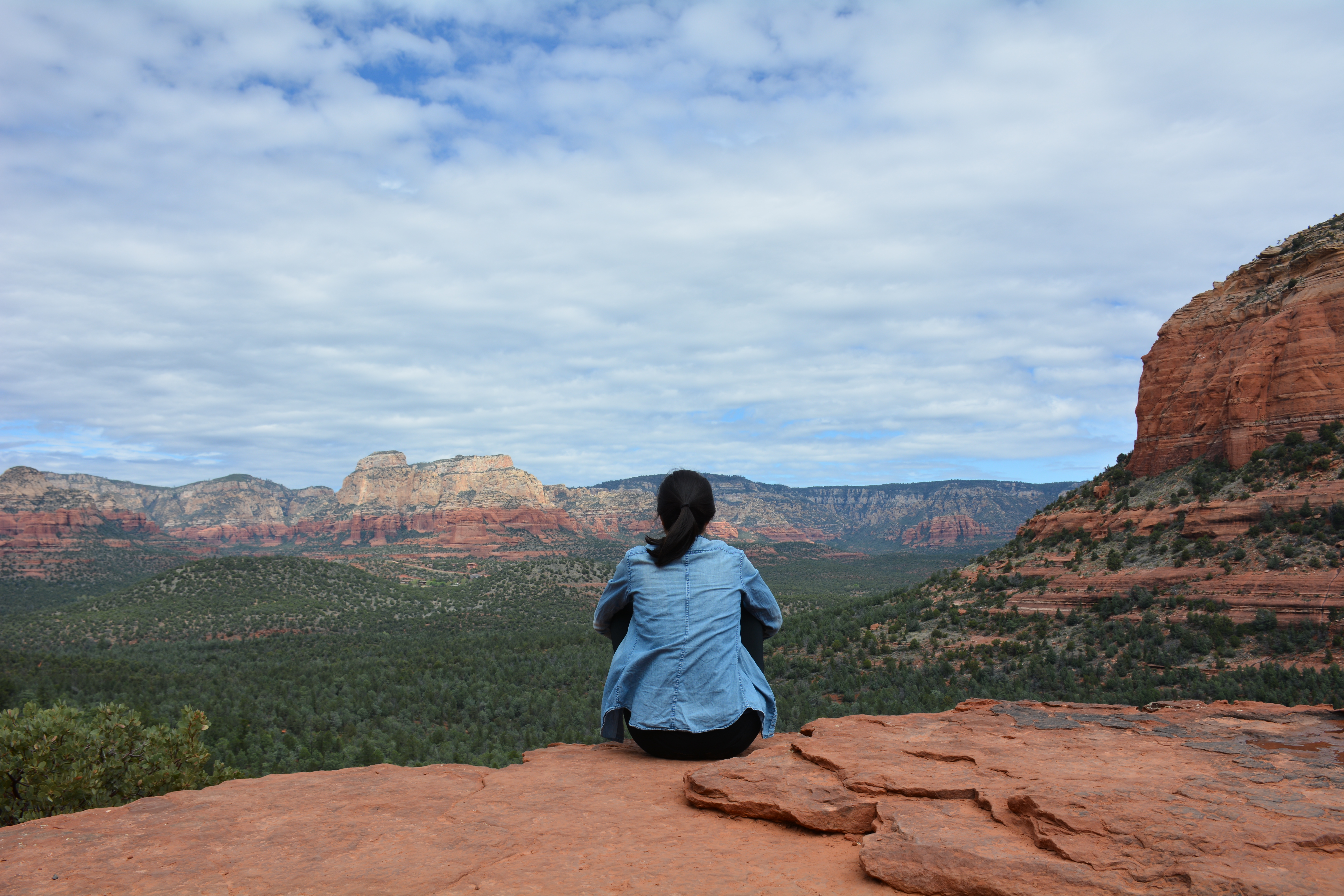 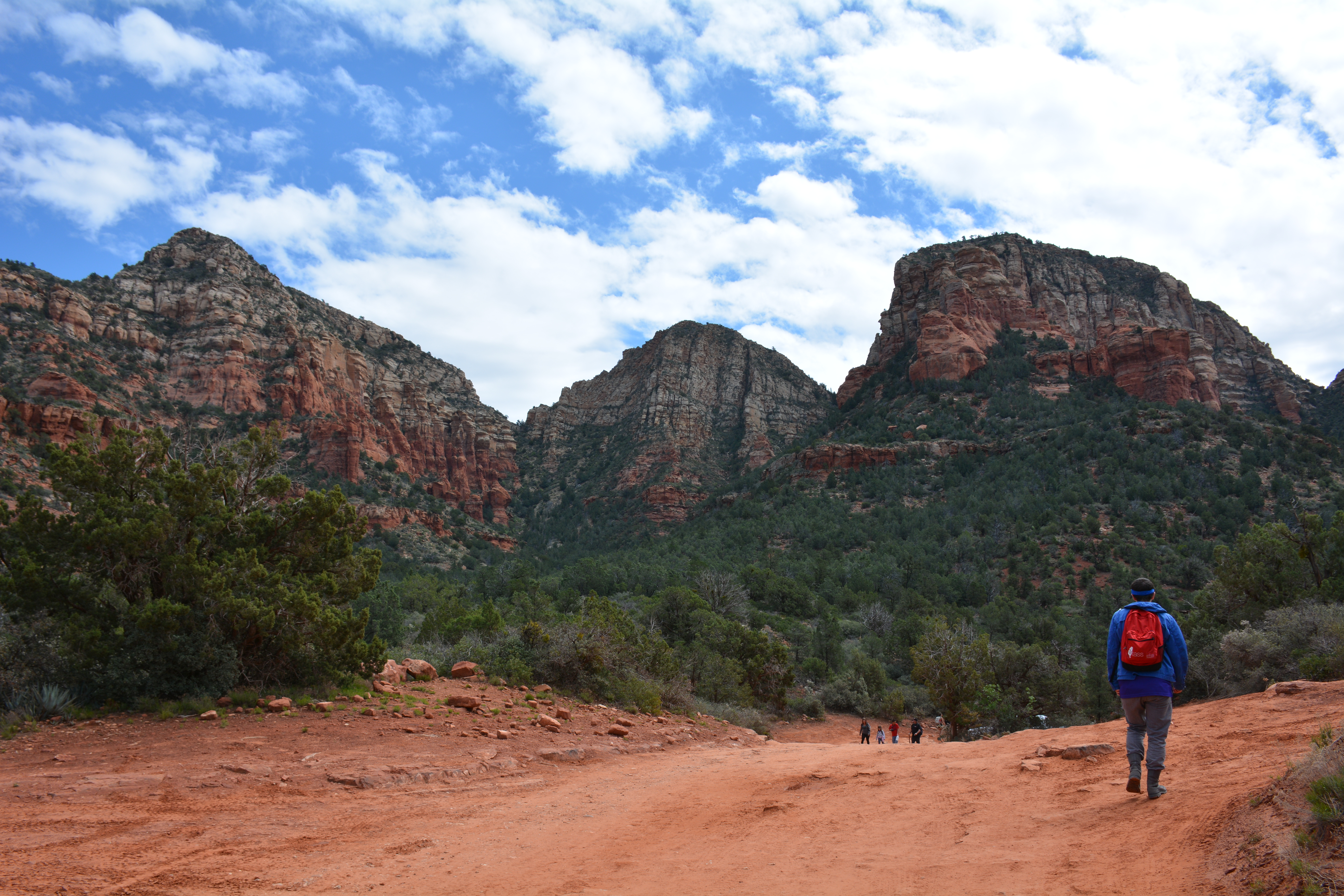 On our way back from Devil’s Bridge 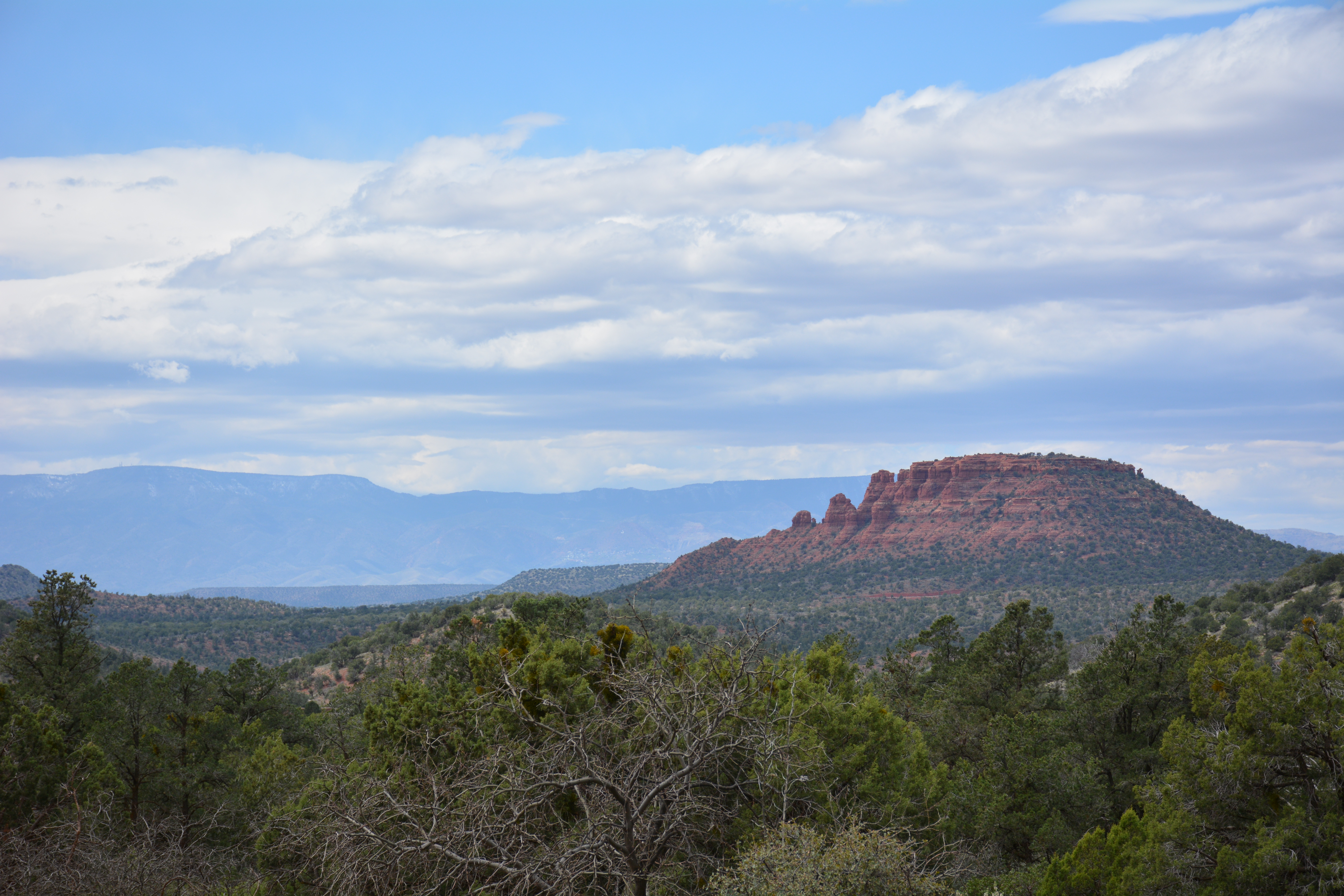 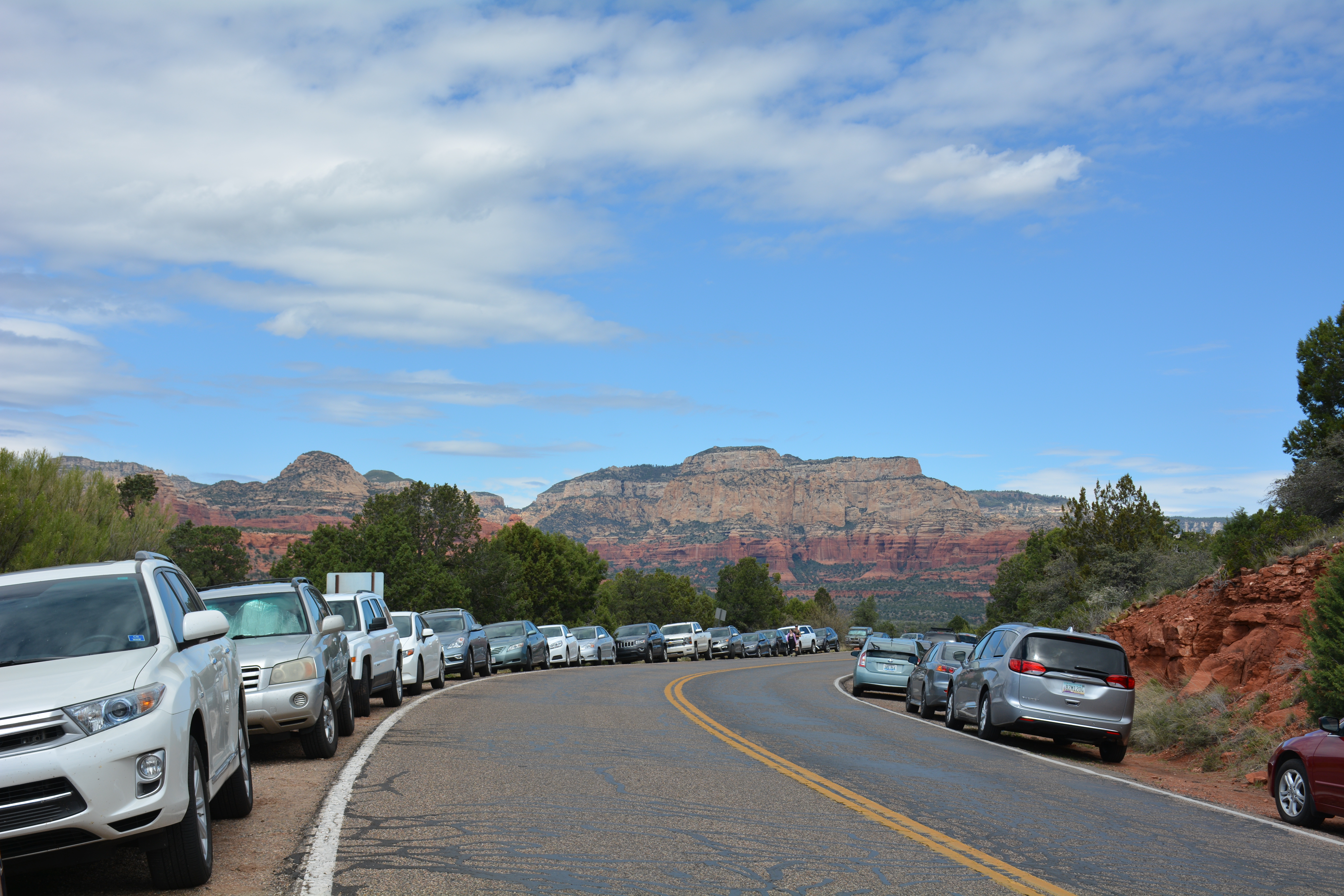 Parking outside the parking lot – there was no space! 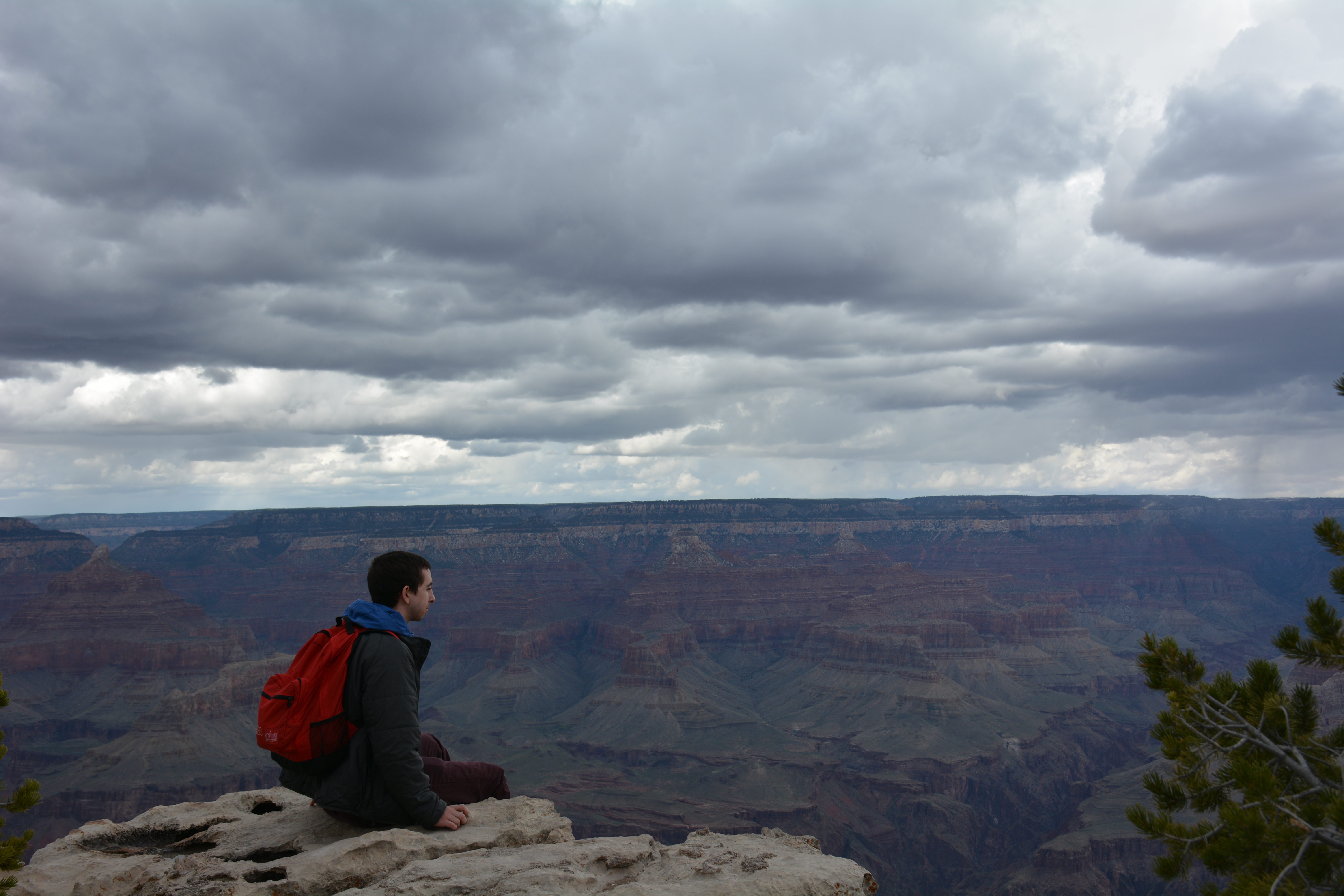 Dustin and the Grand Canyon 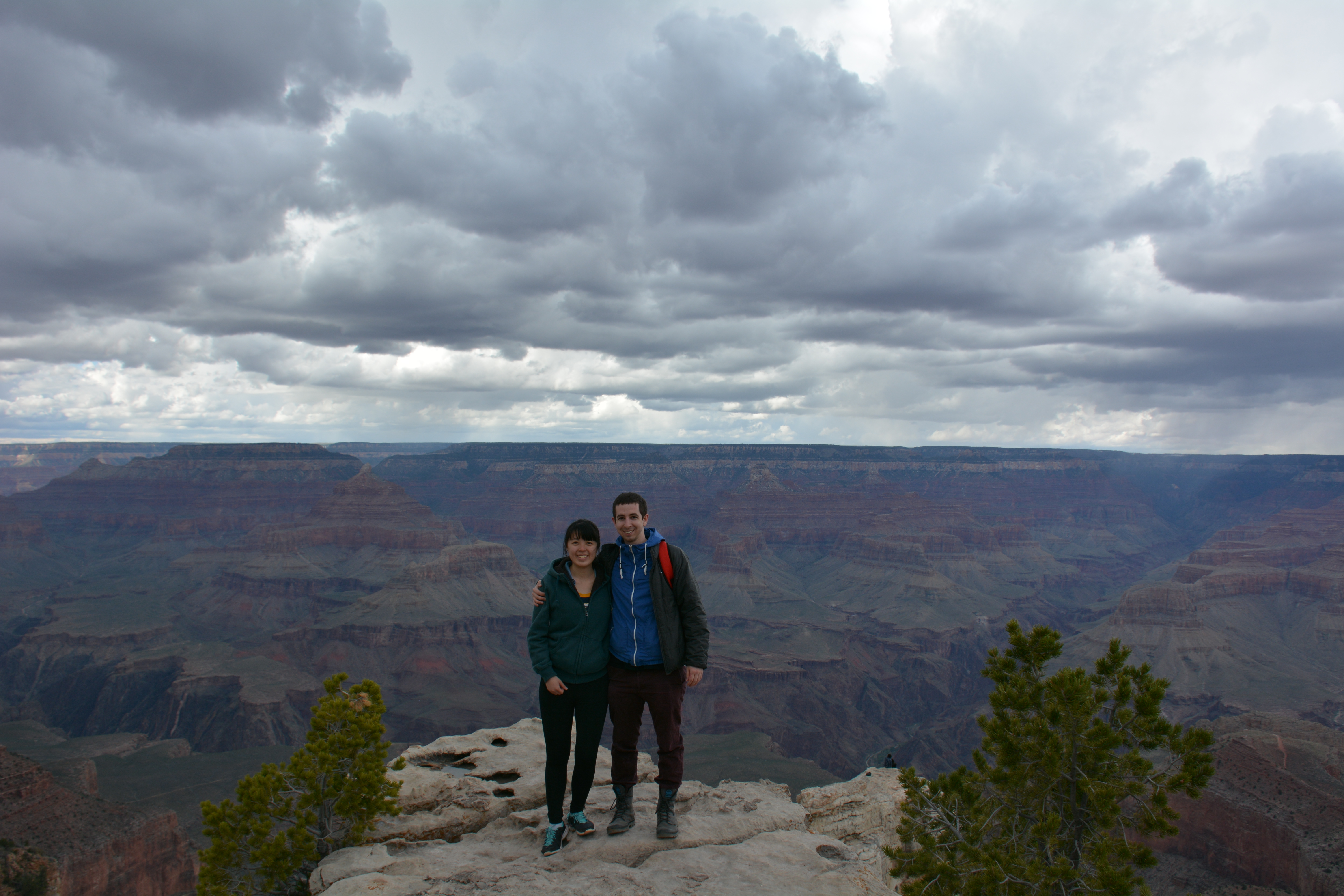 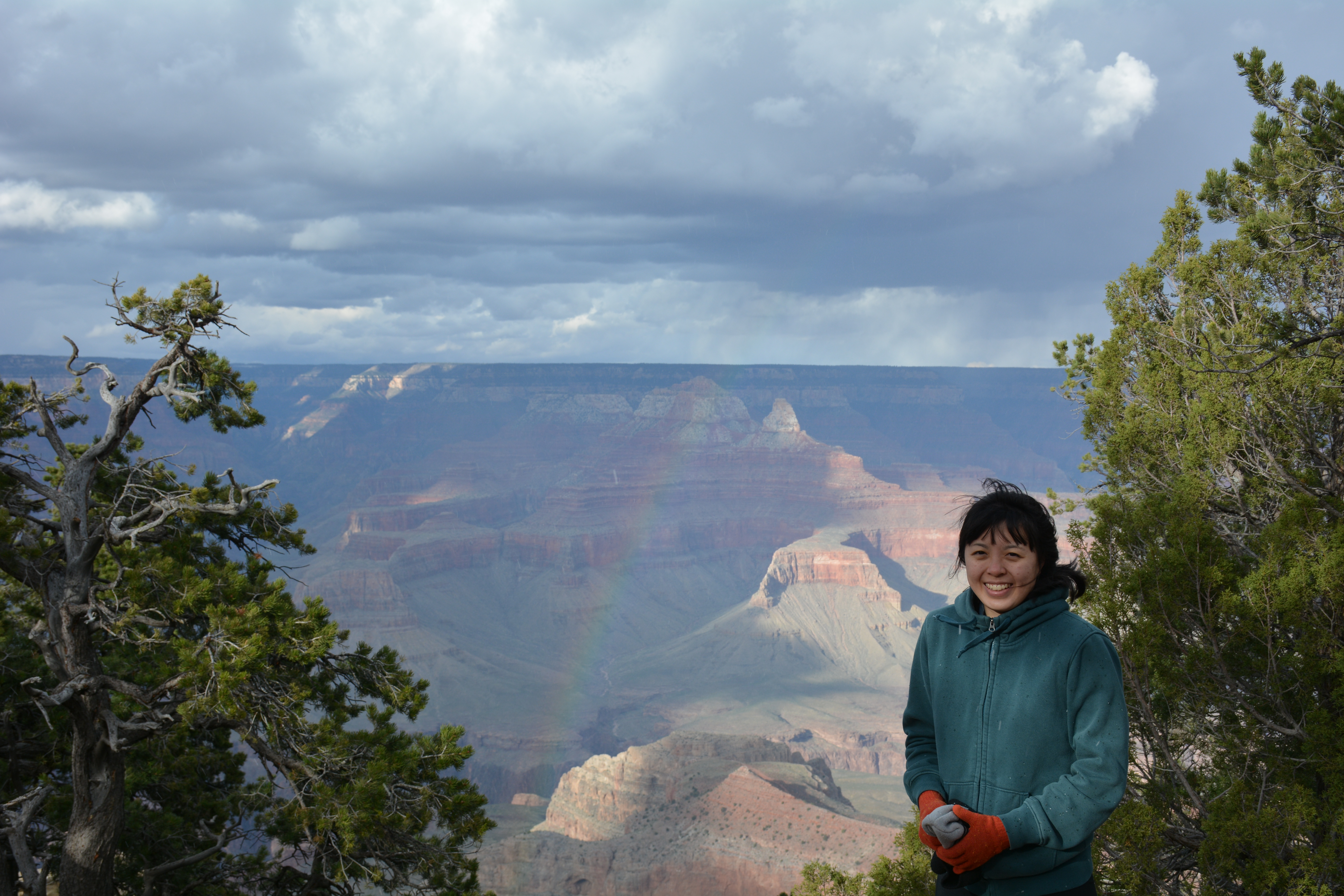 Rainbow in the Grand Canyon 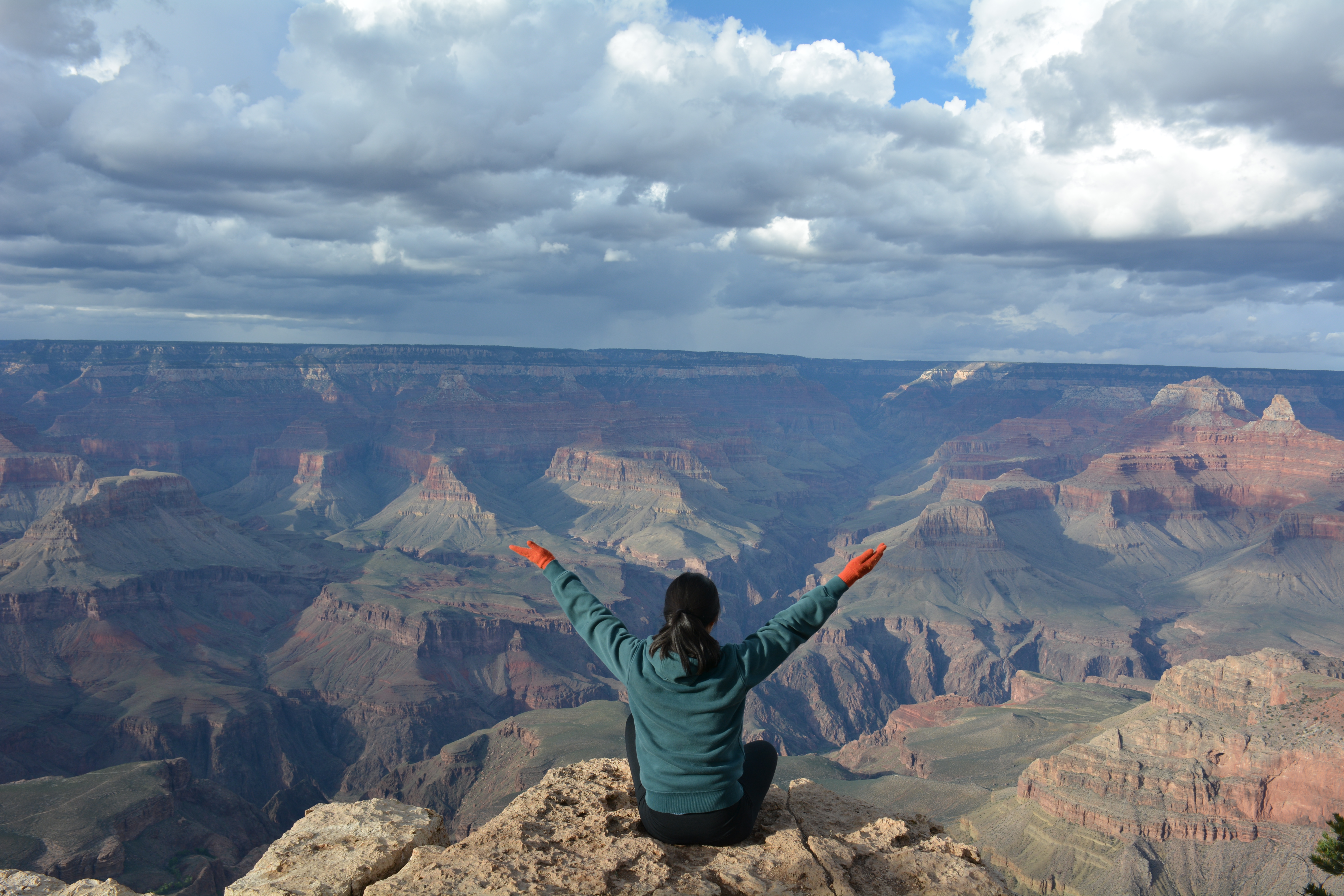 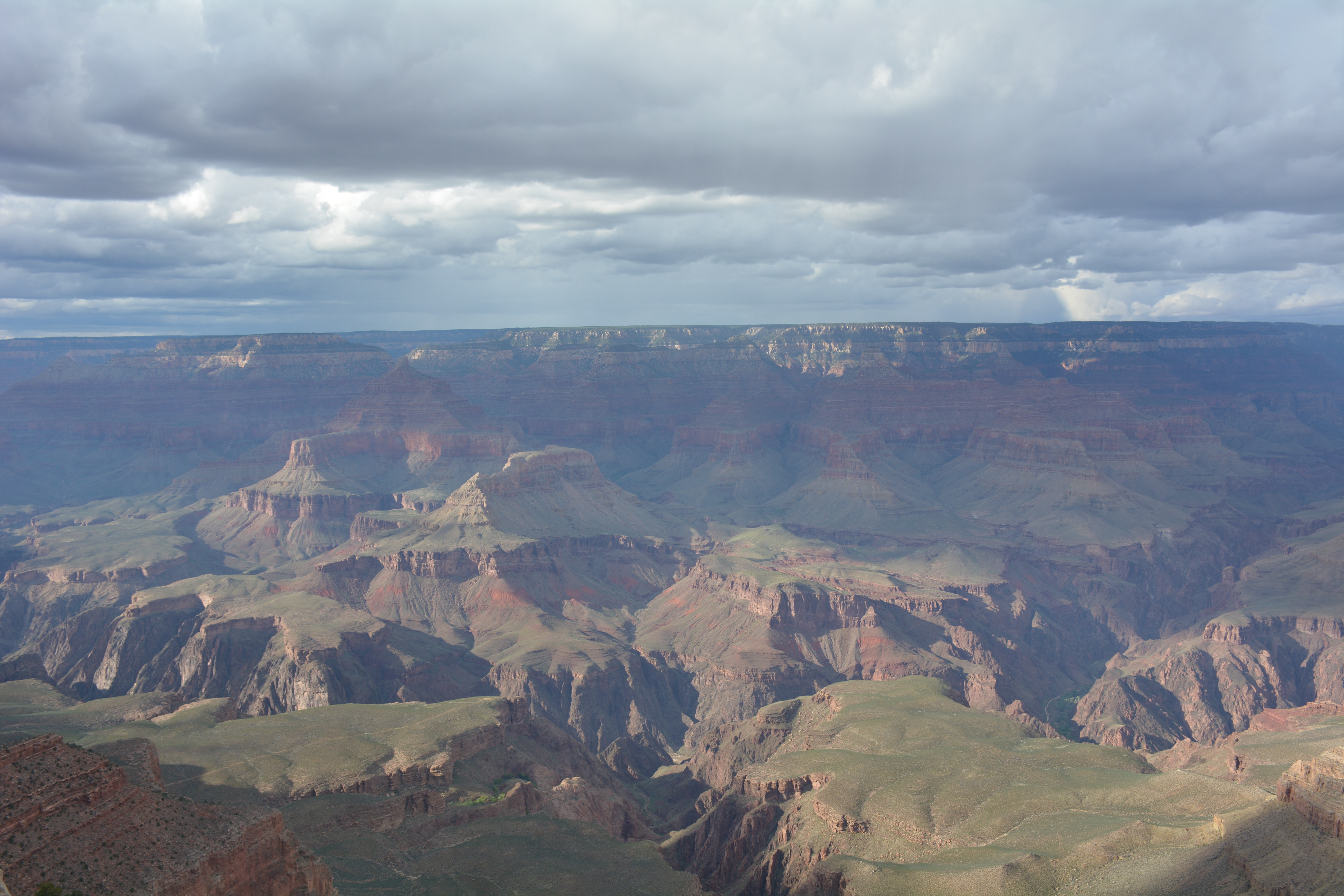 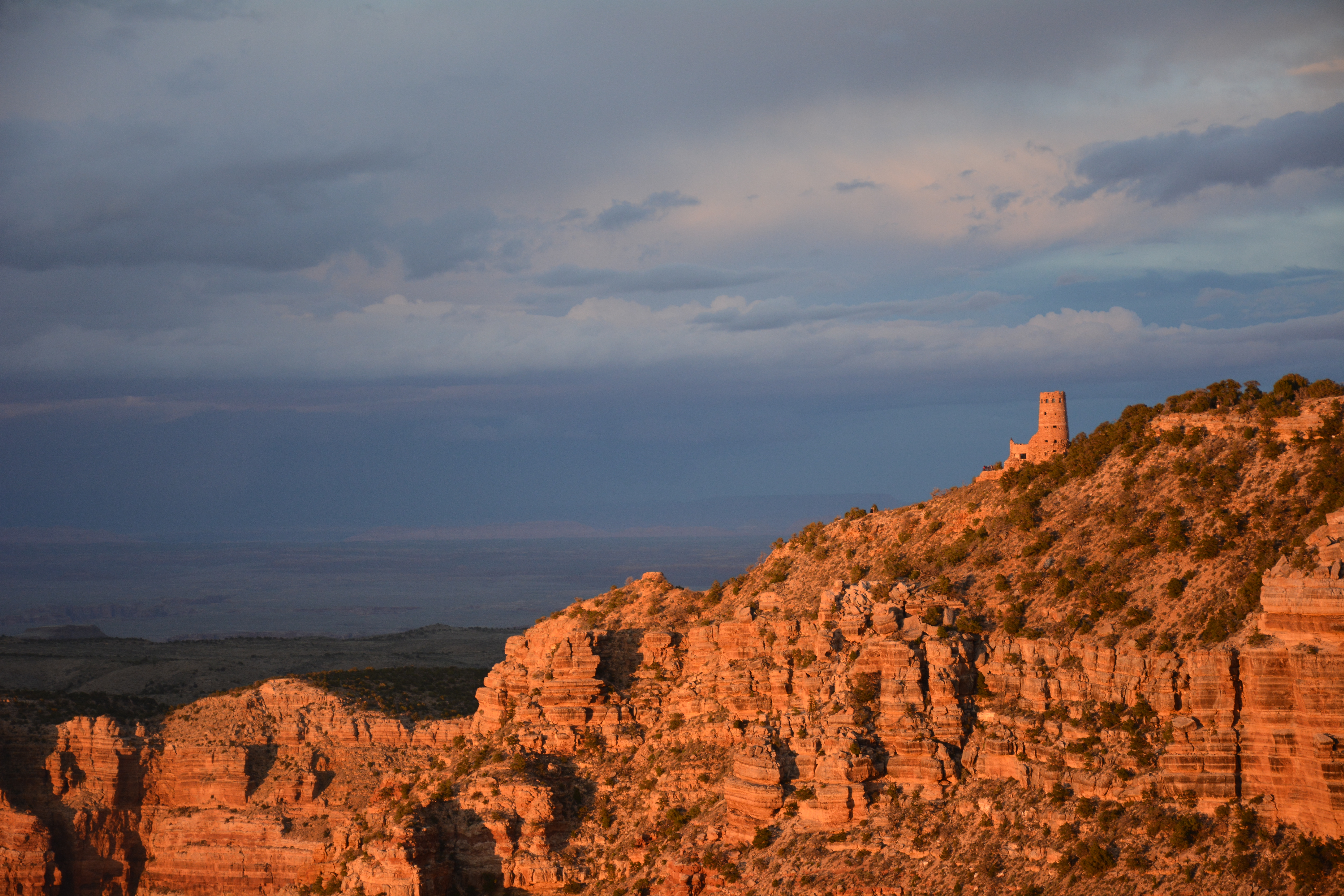 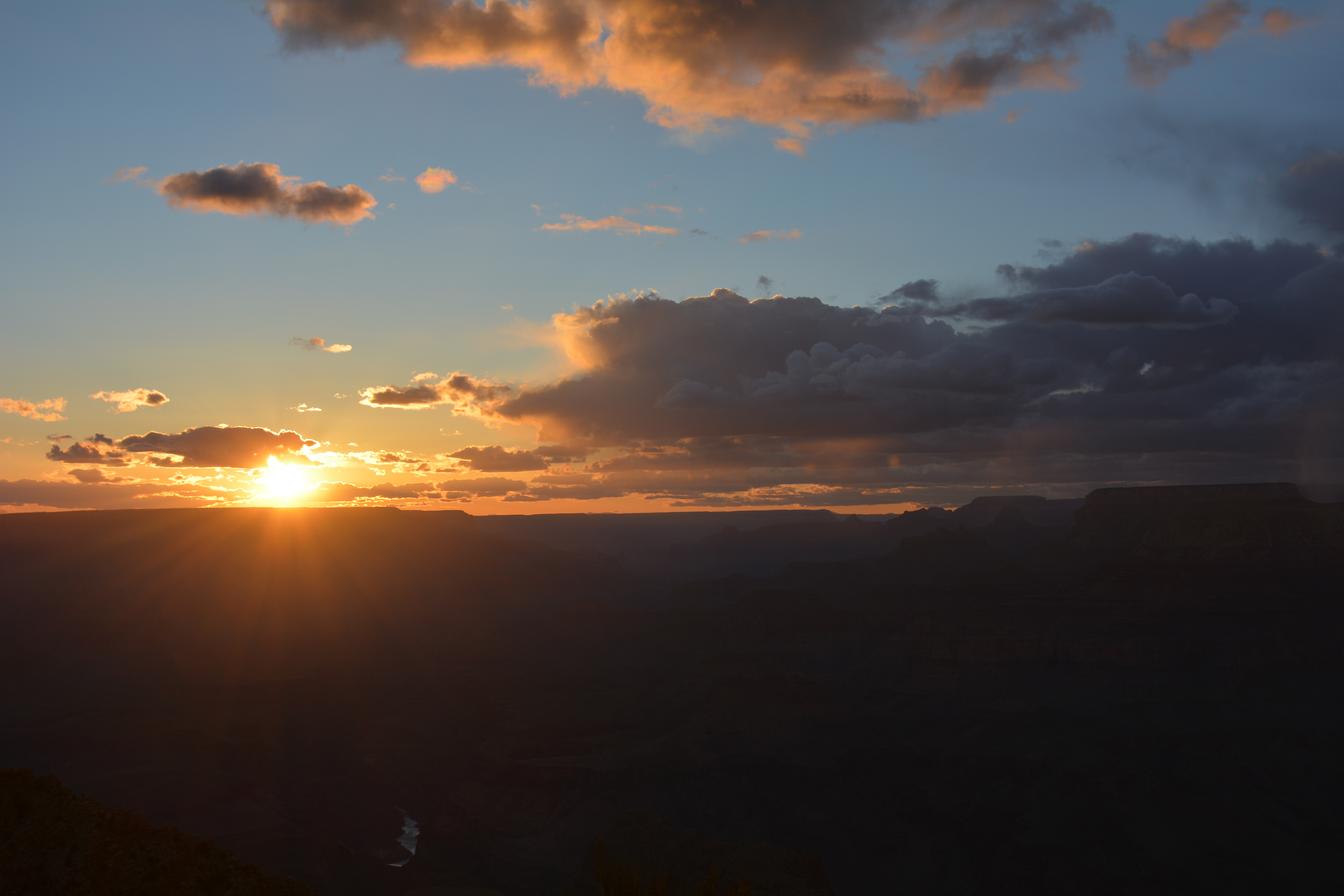 Sunset at the Grand Canyon

Day 3
Upper Antelope Canyon: There are two Antelope Canyons (upper and lower). We did a lot of research to see which one we wanted to go to and we decided on the Upper Antelope Canyon because we wanted to see the sunbeam. The best time to see the sunbeam in the canyon is around noon. If you have enough time and it’s in the budget, feel free to go to both. Make sure to book a tour group in advance as that’s the only way to visit! You’ll have to wait if you’re a walk-in. Antelope Canyon is a slot canyon and our tour guide told us that there was a woman looking for her sheep back in the day and her sheep was on the other side of the canyon – that was how this place was discovered (so the story goes)!
Horseshoe Bend: Another interesting rock formation created by nature. There’s a parking lot right next to the Horseshoe Bend (it does get crowded, but there a lot of people coming and going). The walk from the parking lot to the sight is around half a mile. Horseshoe Bend is a reminder of how amazing nature is when you leave it alone. There are tons of people around the bend, but it doesn’t diminish the sight. 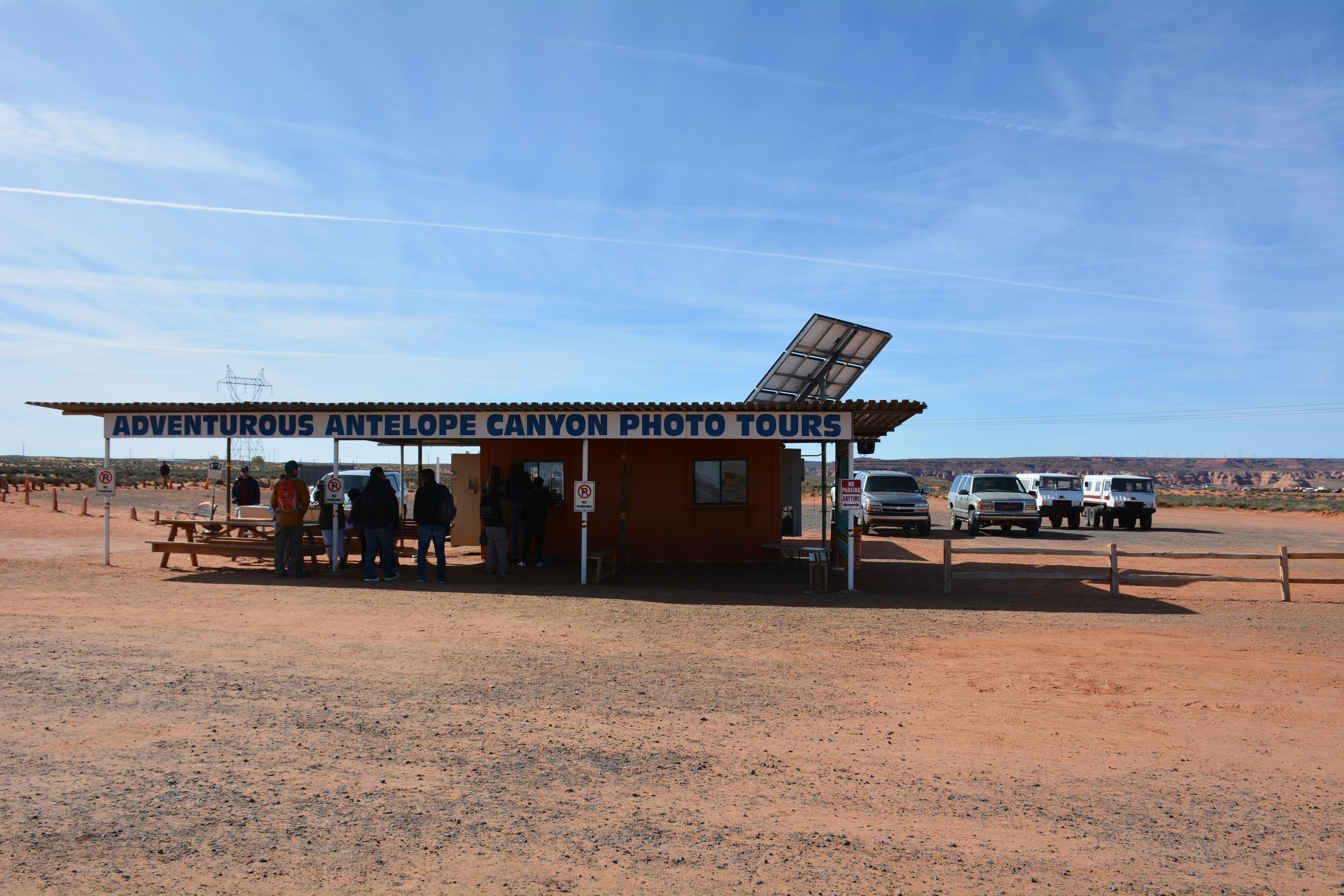 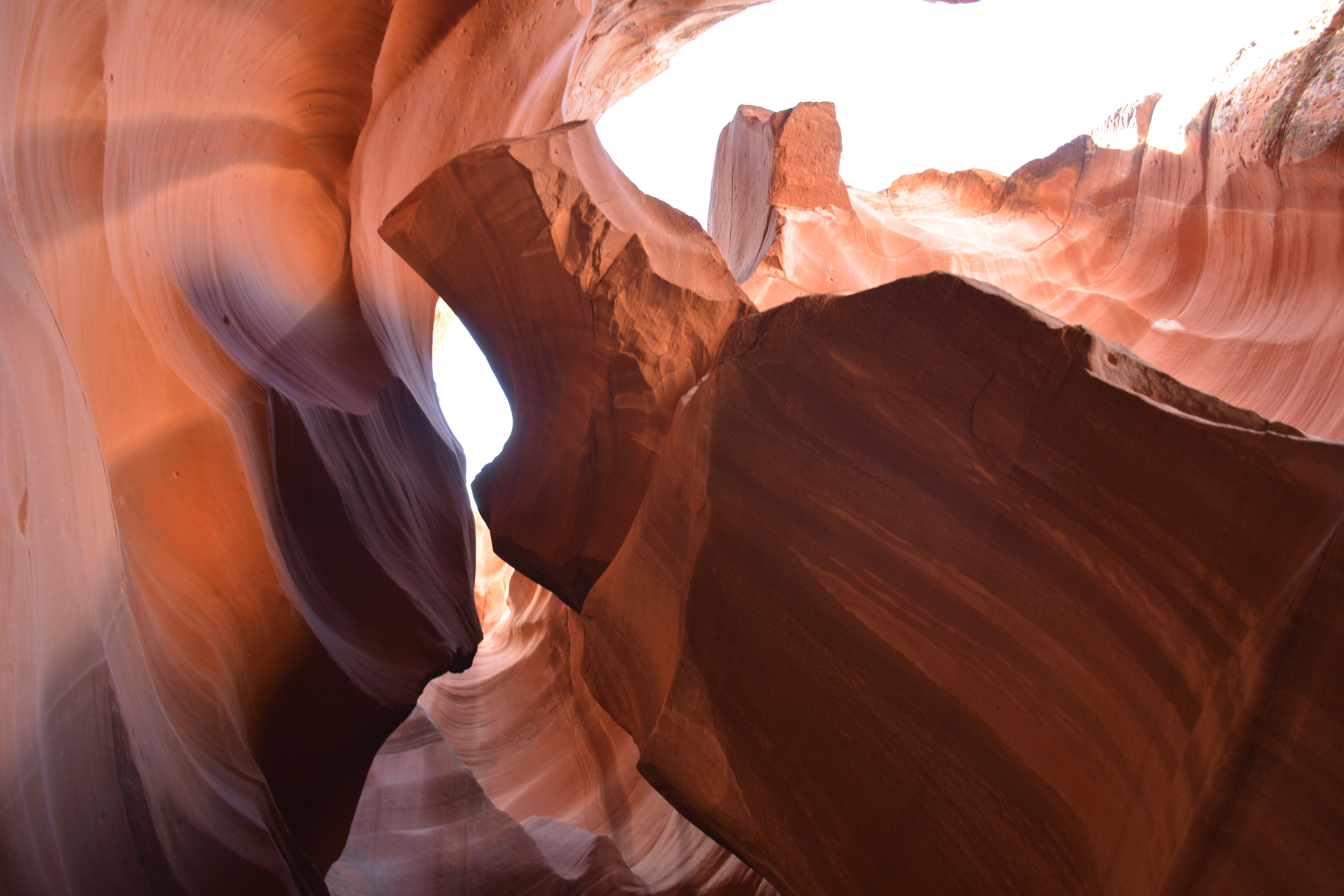 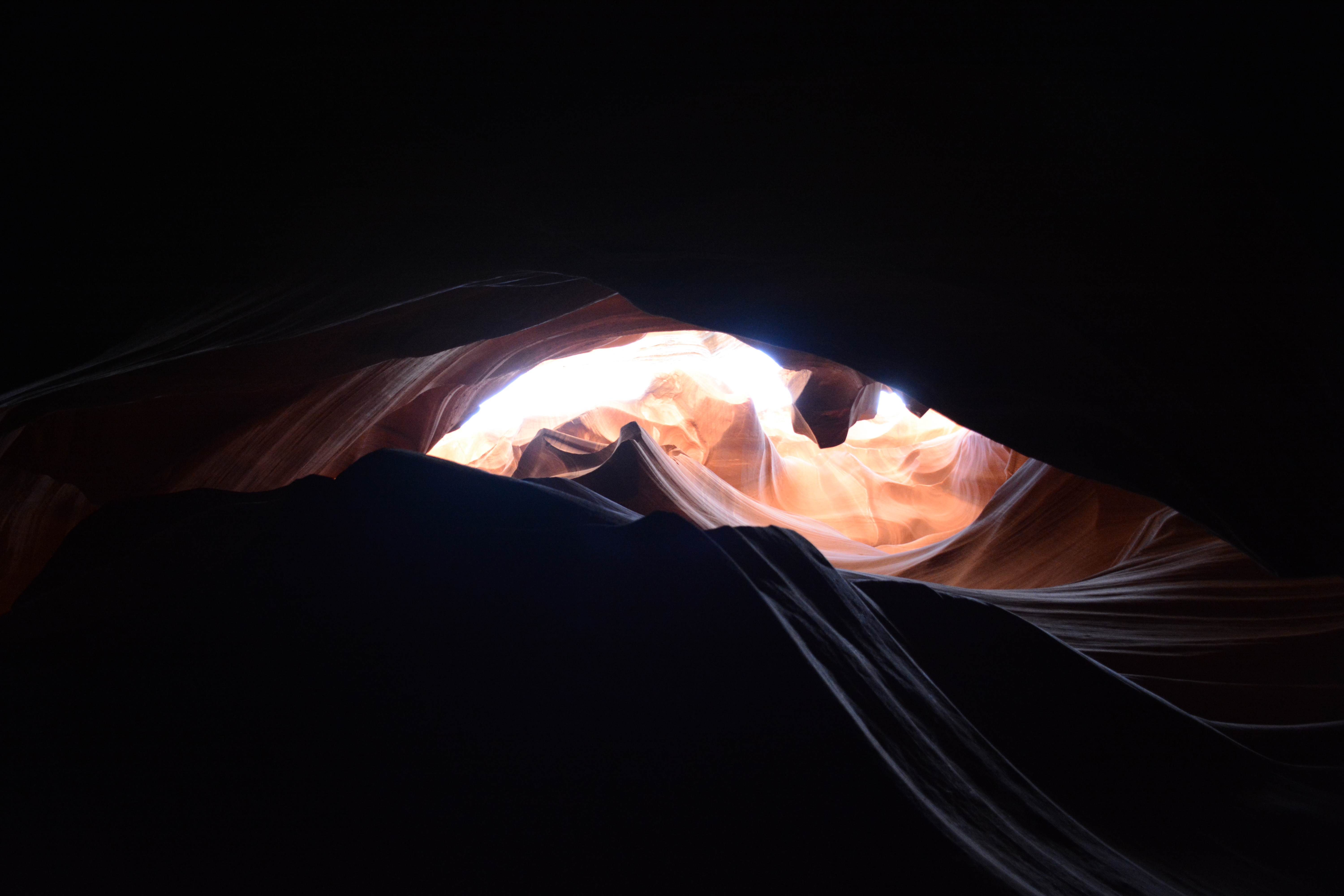 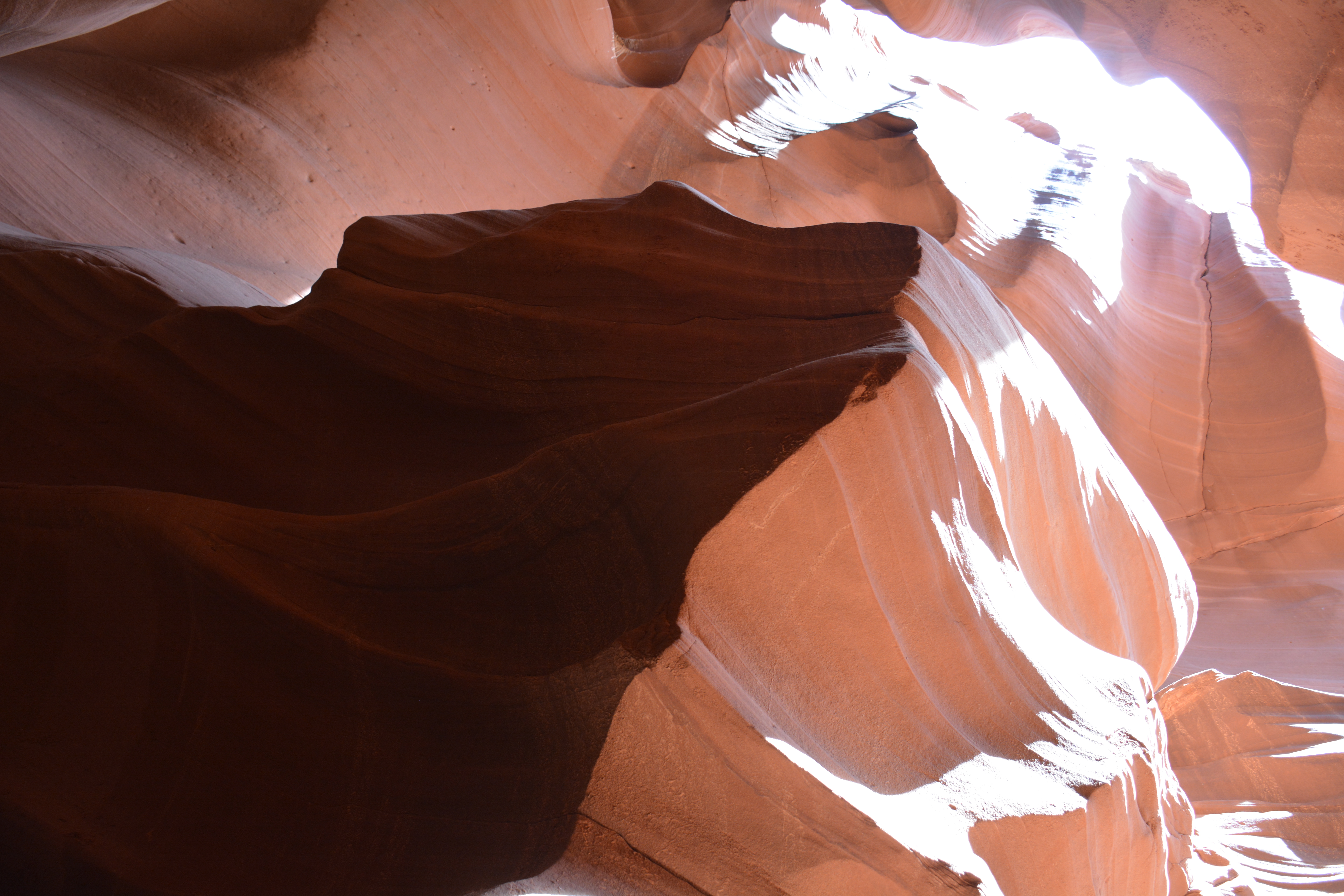 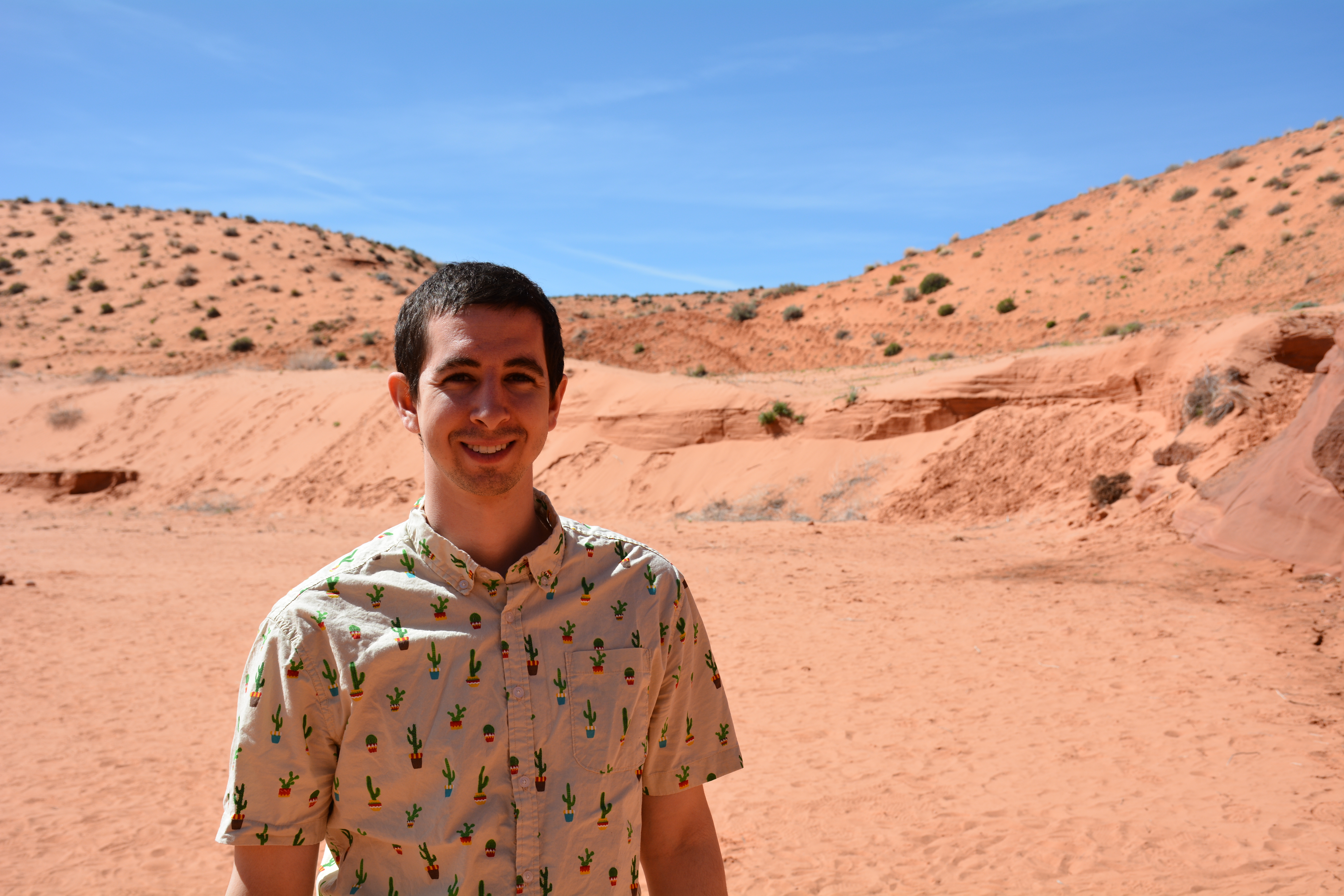 Dustin before entering into the Upper Antelope Canyon 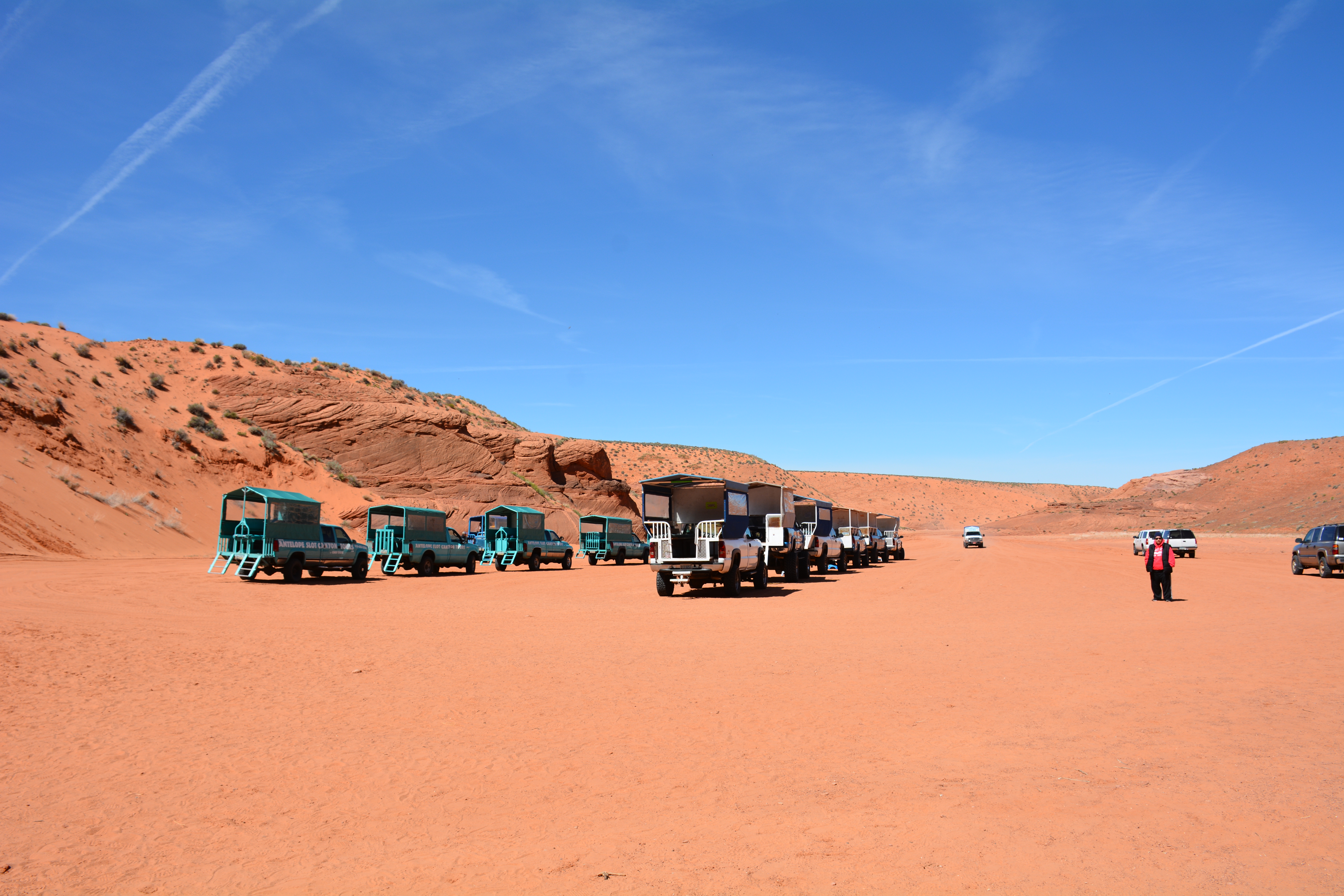 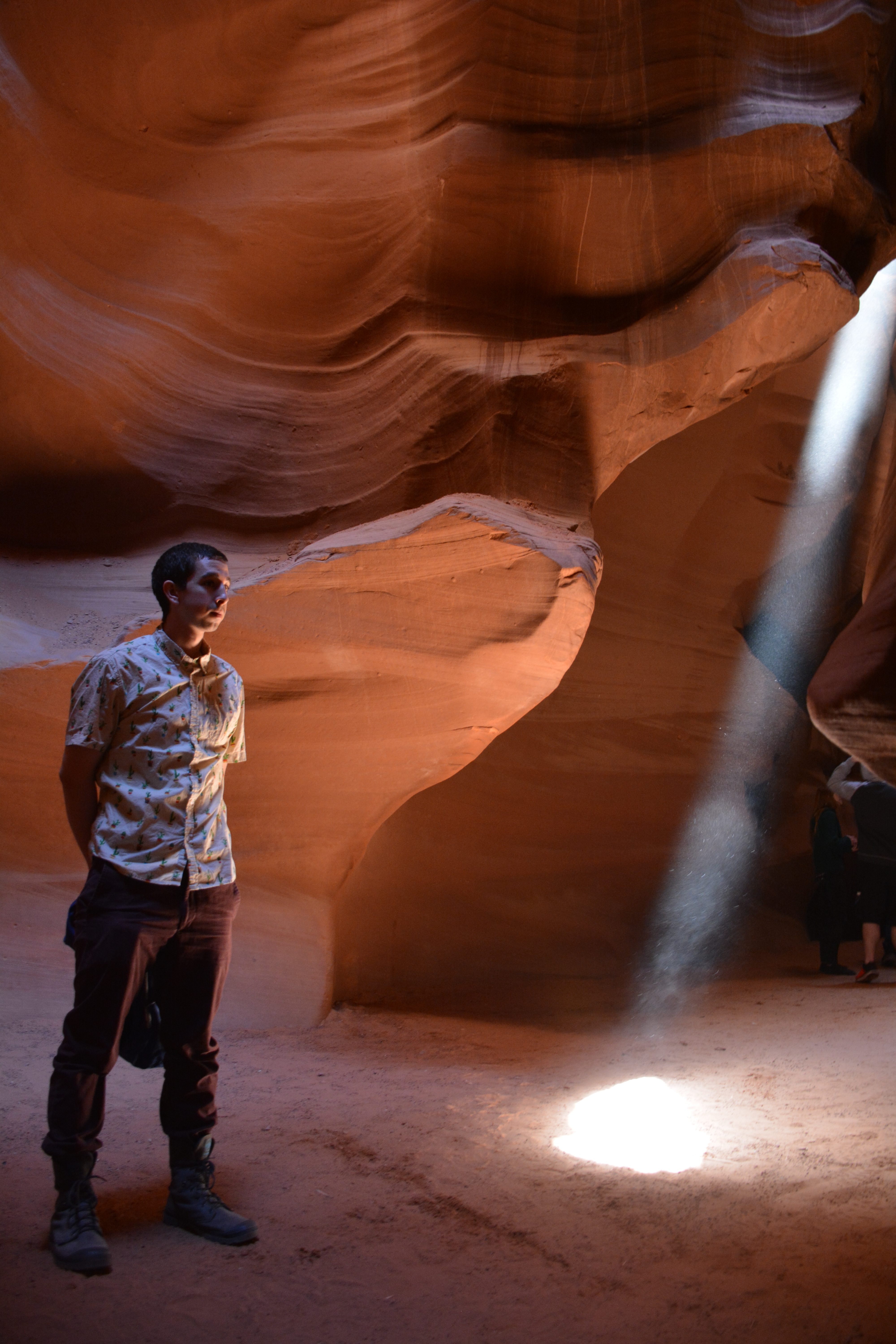 Sunbeam through the Canyon 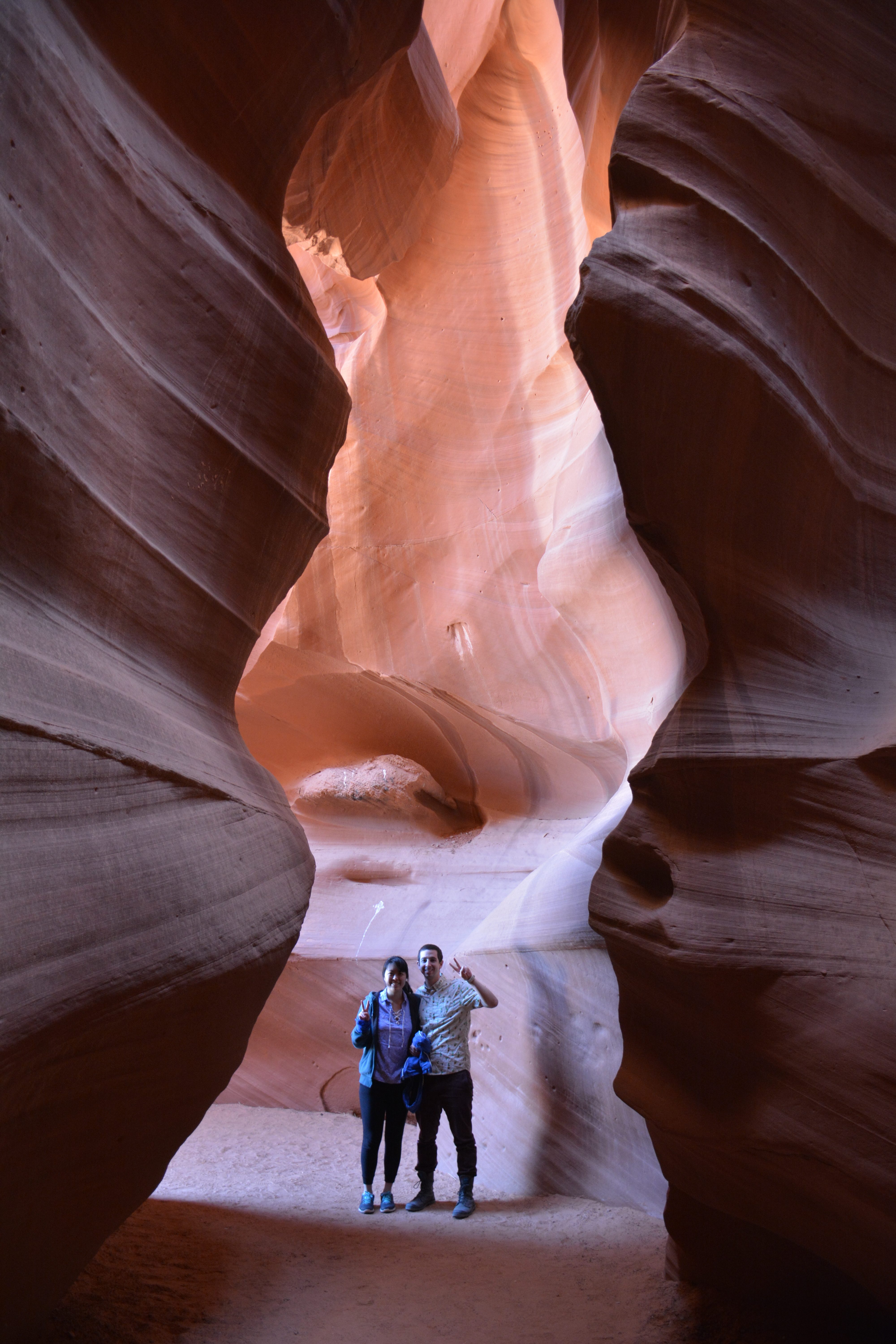 Day 4
We departed from PHX airport at night so we had some time to explore Phoenix. We also ate In-N-Out again before we left. We love you In-N-Out!
Papago Park: A park in Phoenix that includes a red sandstone formation called hole-in-the-rock. You can climb the rock formation, which is really cool! The view of downtown Phoenix isn’t too shabby either!
Biltmore Fashion Park: An outdoor mall that reminded me a bit of Fashion Island in California. It’s clean and easy to walk around with a relaxing and upscale vibe. We enjoyed sitting by the fountain and the patches of grass. In addition to that, there was a Cheesecake Factory! There isn’t a Cheesecake Factory in NYC and this was Dustin’s first time there! 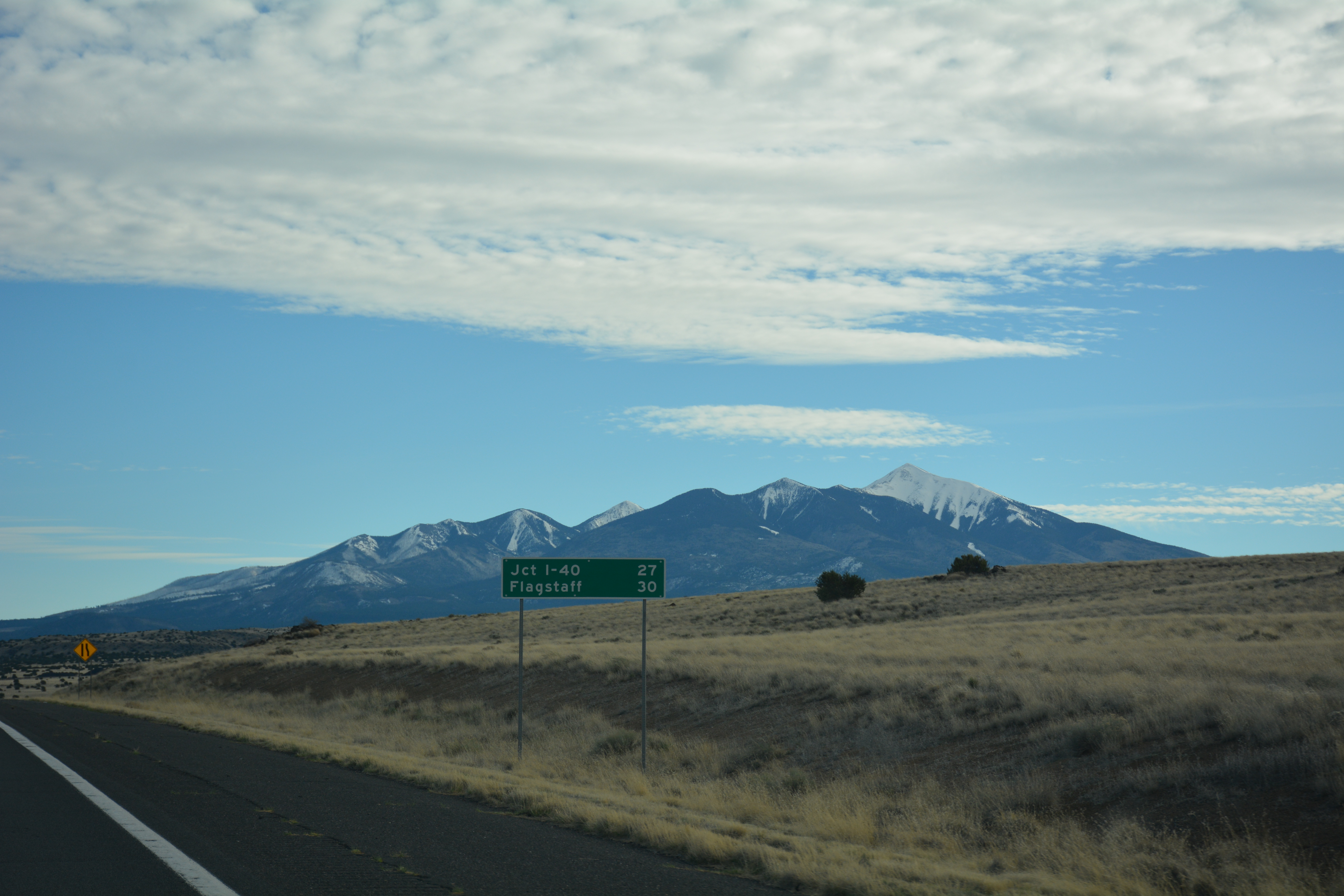 Our drive from Page to Flagstaff 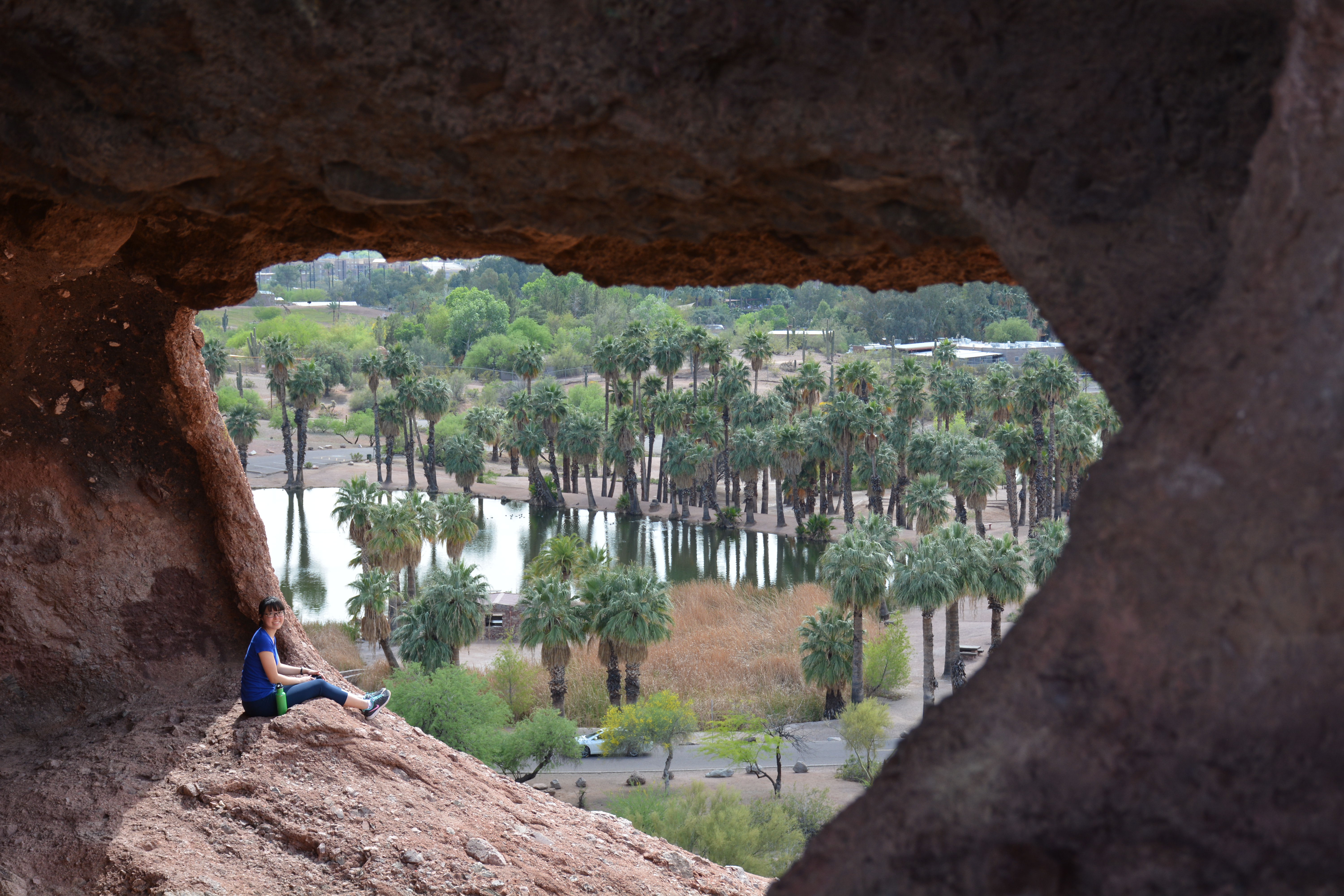 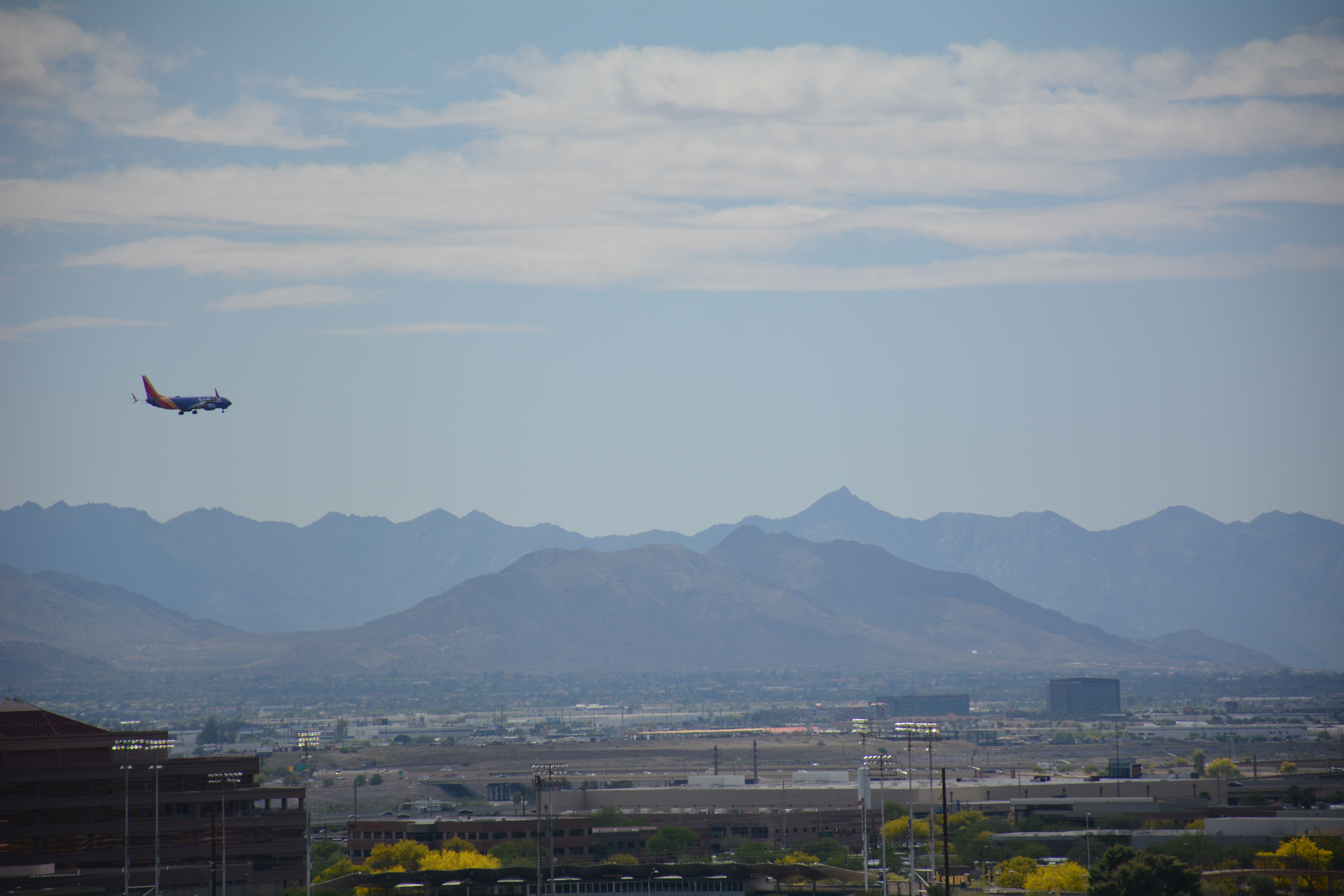 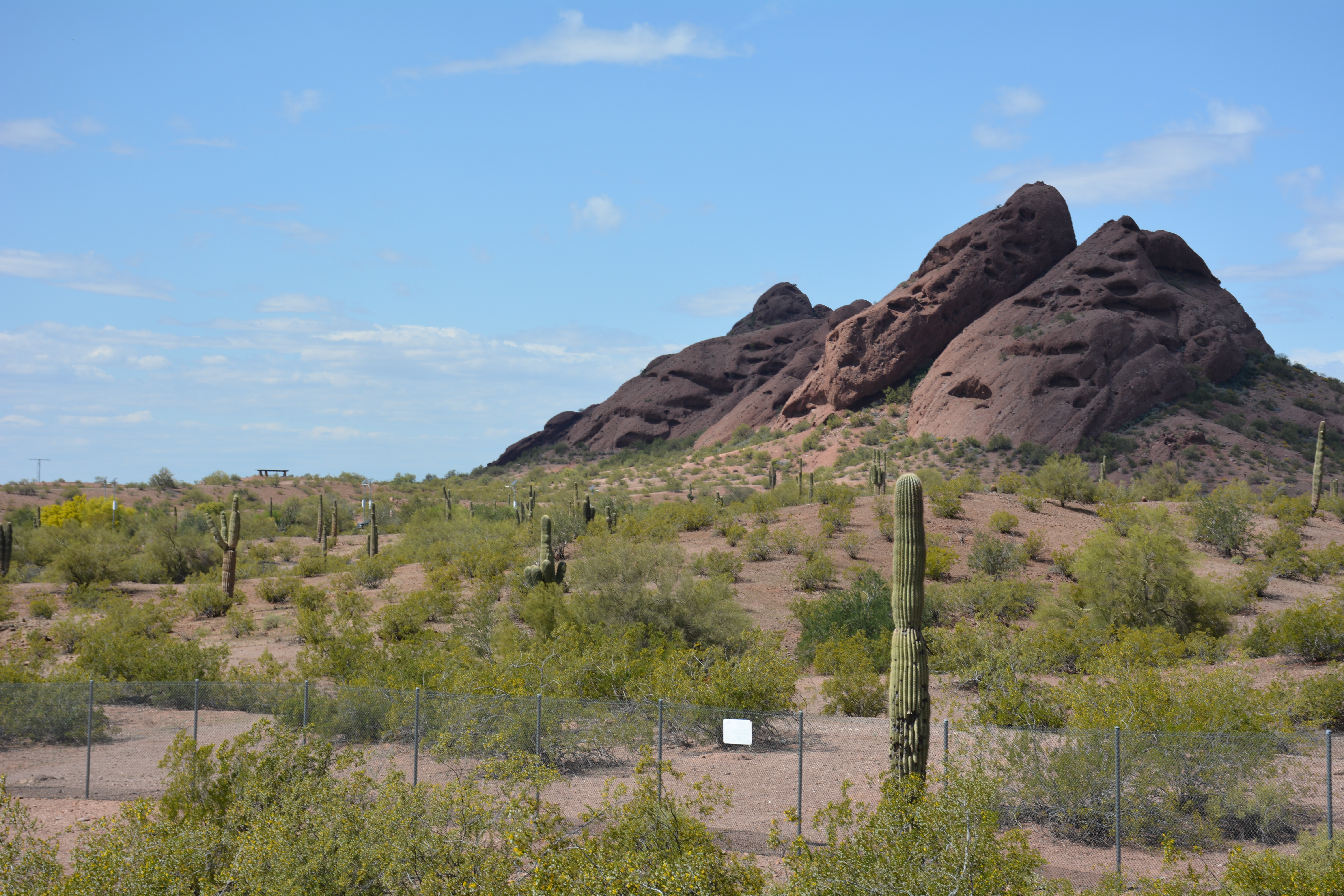 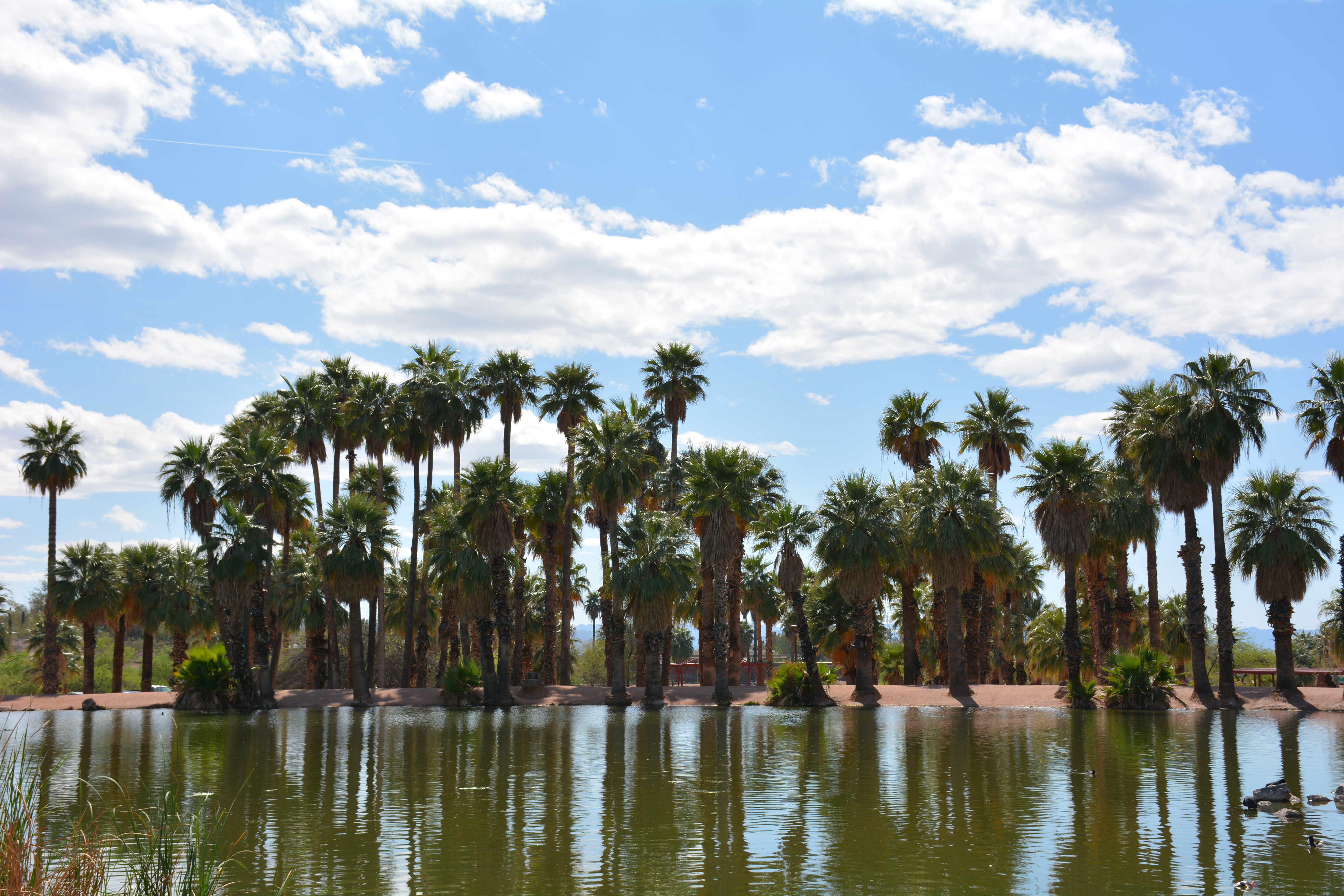