A day in Lisbon, Portugal

Why did I choose Lisbon, Portugal?
To be completely honest, Lisbon was never on my bucket list, but I am so glad I got to visit. Everyone was so nice and it didn’t look like any other European city I had been to. I was planning a trip to Marrakech, Morocco and the cheapest way was through Lisbon on TAP Portugal. TAP Portugal offers the “Portugal Stopover”; they allow you to stop over in Lisbon or Porto for up to 5 nights with no extra fee before you head off to your final destination. The flight price would be same as if you didn’t have a few nights stopover in Portugal. We stayed in Portugal for ~30 hours and visited Sintra and Lisbon. Sintra trip itinerary to come after, as a lot was packed in one day!

Communication
People spoke Portuguese and English, but they spoke English very well – we had absolutely no trouble getting transportation, ordering food, or asking for directions.

My Flight Details
Airline: TAP Portugal, JFK-LIS (7 hour flight)
We took the subway then the air train to the airport from Penn Station ($7.50 per person)
Once in Lisbon, we took a cab from the airport to the hotel. We were prepared to negotiate a price, but we learned the cab drivers all have and use meters.

My Hotel Details
Hotel Lisboa
It was in a great area, not too far from downtown. Great price for its size; extremely comfortable and clean! It was so much better than I expected it to be. It was walking distance to most of the places we had planned on visiting. The staff was extremely helpful as well.

My Lisbon, Portugal Trip Itinerary
Day 1
~1.5 hr of walking
Eduardo VII Park: A beautiful park in Lisbon that looks like a symmetrical maze (you can’t actually walk in the “maze” though). You can see the city from the top of the park hill.
Castelo de S. Jorge: This is a castle on a hill, but along with that, it has a great view of all the red roof houses.
Arco da Rua Augusta: Historical building with an arch; it was built to commemorate the city’s reconstruction after the earthquake in 1755. The building is a beautiful pastel color.
Pink Street: Like its name suggests, the street is painted pink; this street was formerly Lisbon’s red light district, but now it has great restaurants, bars, and clubs (great for night life).
Manteigaria: The place has one of the best Portuguese egg tarts. I’m a fan of Hong Kong egg tarts, which taste quite different, but I knew I had to try these. This dessert is flaky and has a creamy custard center. We sprinkled cinnamon on it – delicious and 100% recommended.
Carmo Convent: A former Roman Catholic convent; make sure to check the opening hours!
Santa Justa Lift: Historical lift – the architecture of it is interesting and you can see panoramic views from the top.
Rossio Square: This is one of Lisbon’s main squares since the Middle Ages. 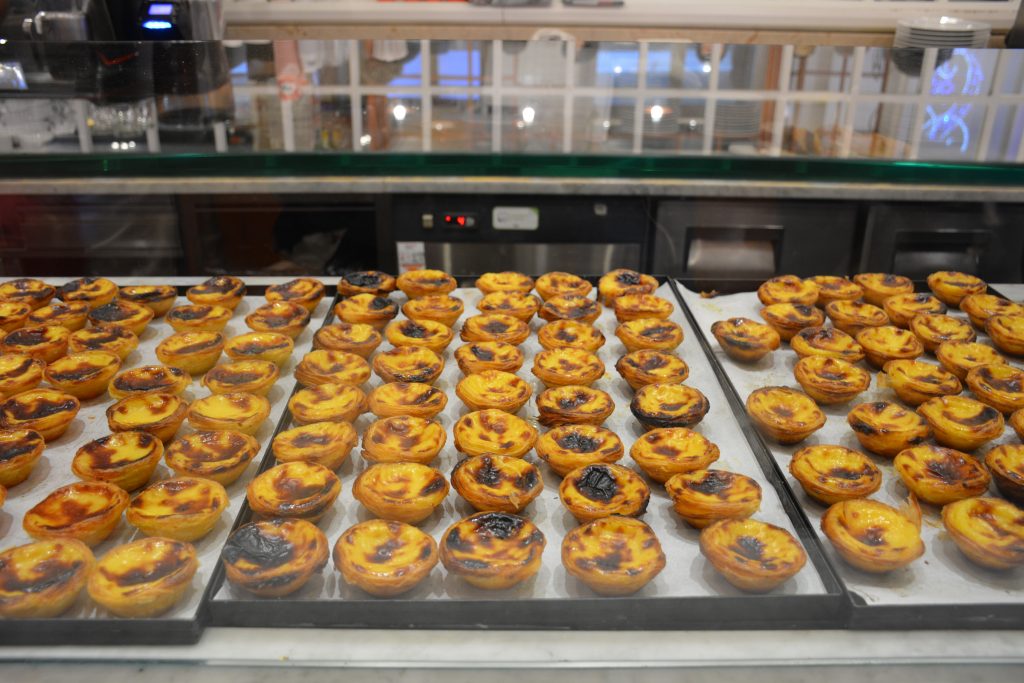 Portuguese Egg Tarts! Sprinkle a little cinnamon on it and eat away! 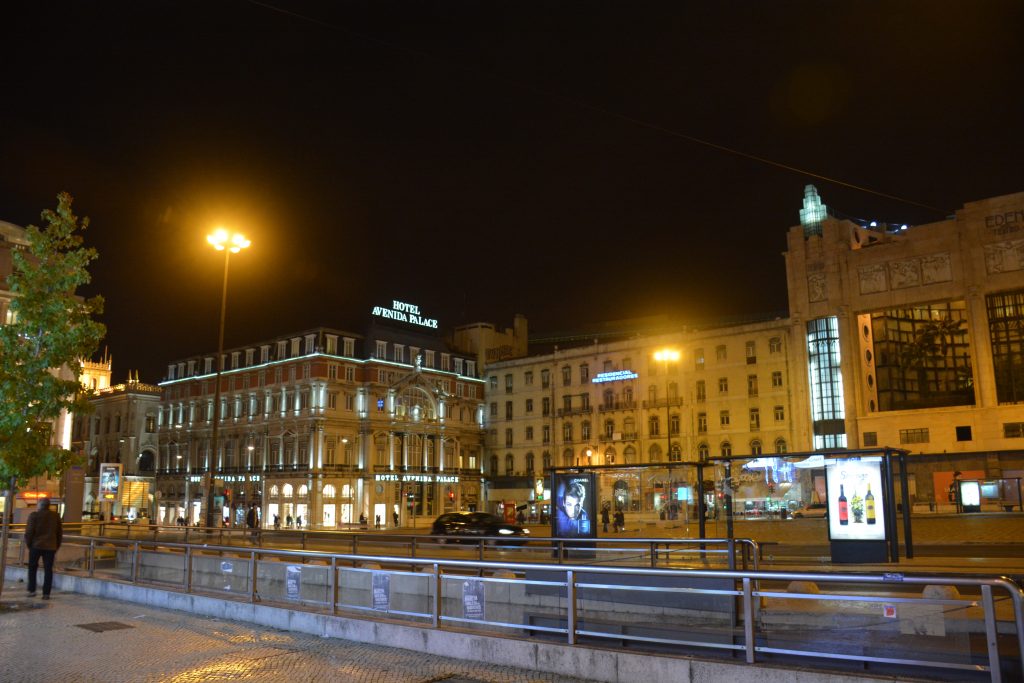 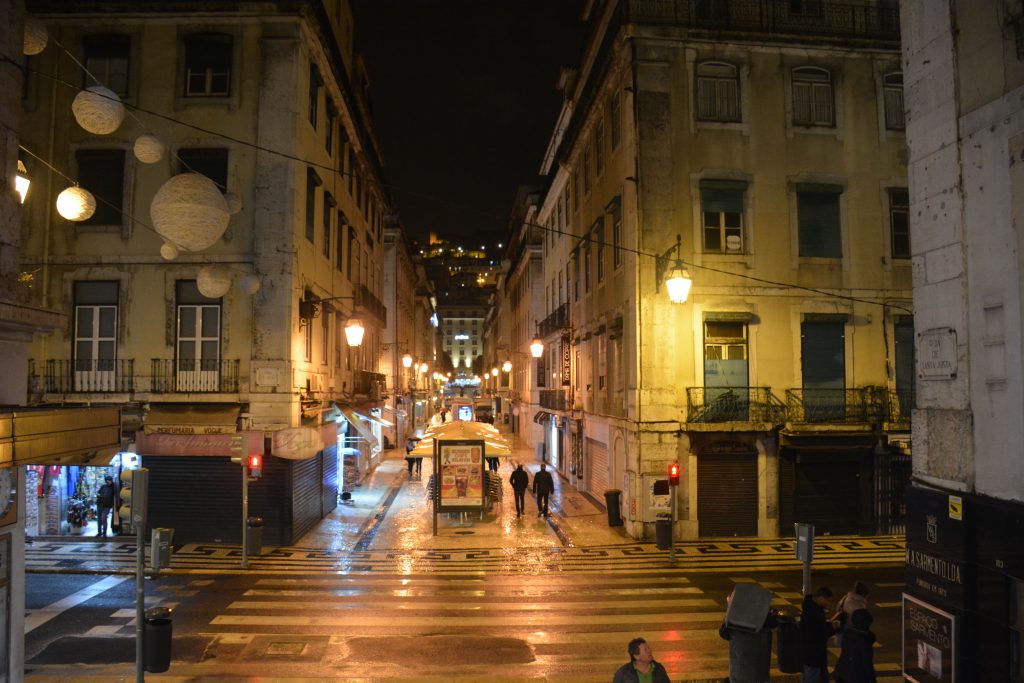 Rainy night in Lisbon – Lisbon streets were beautiful lit up 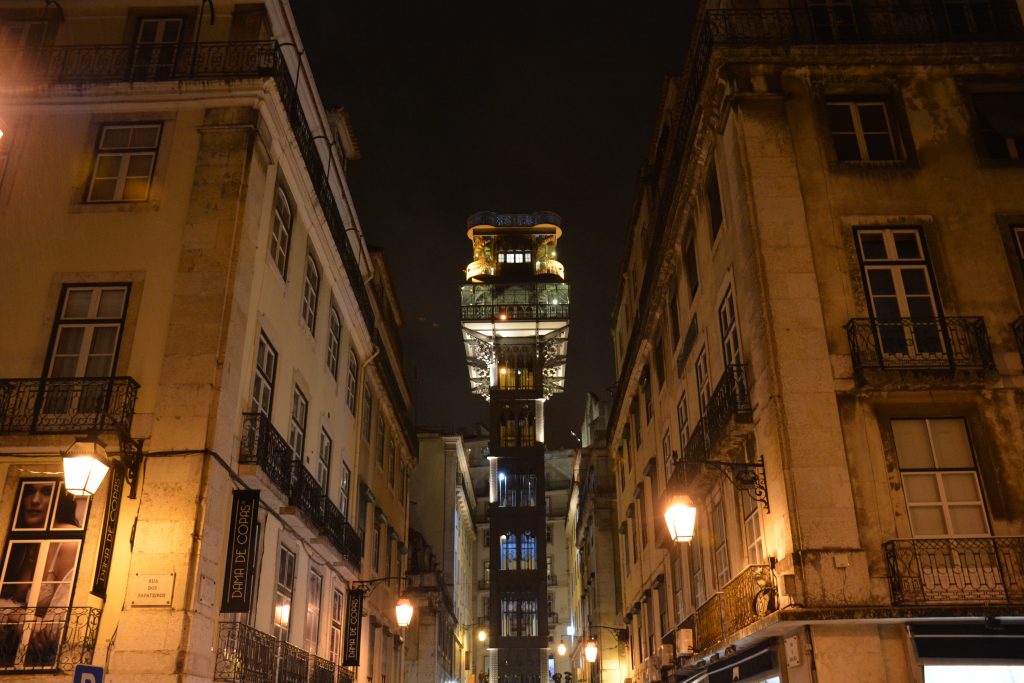 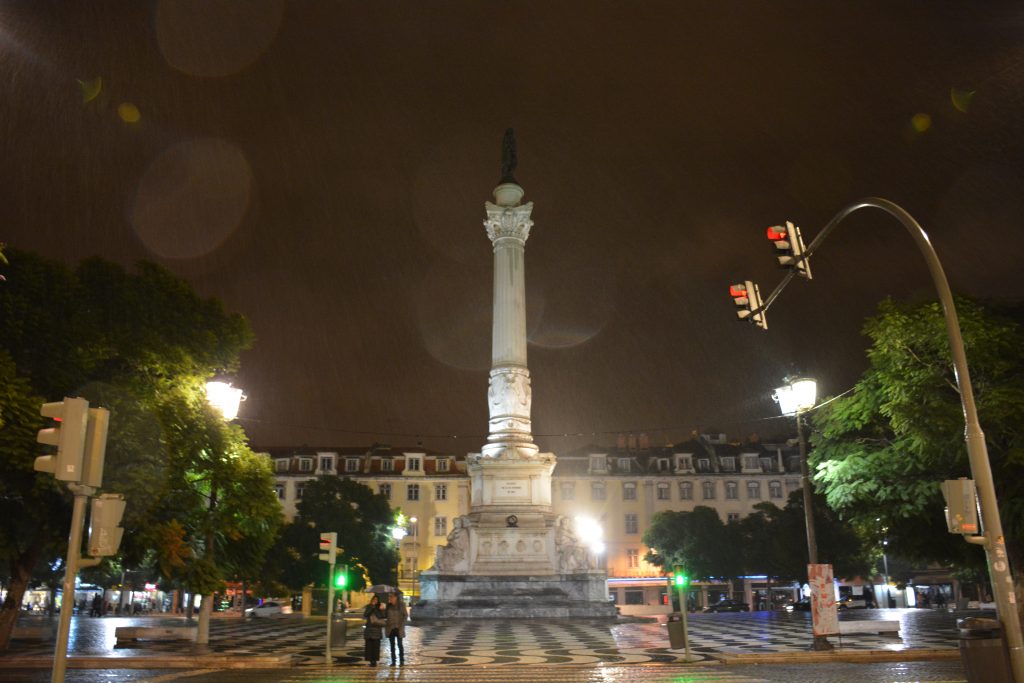 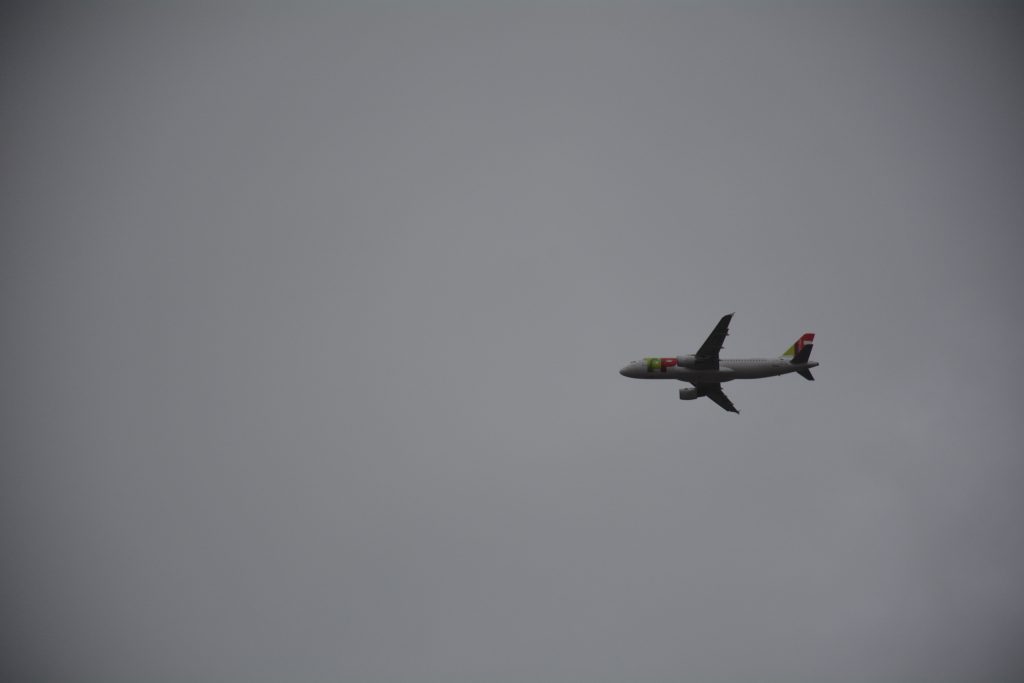 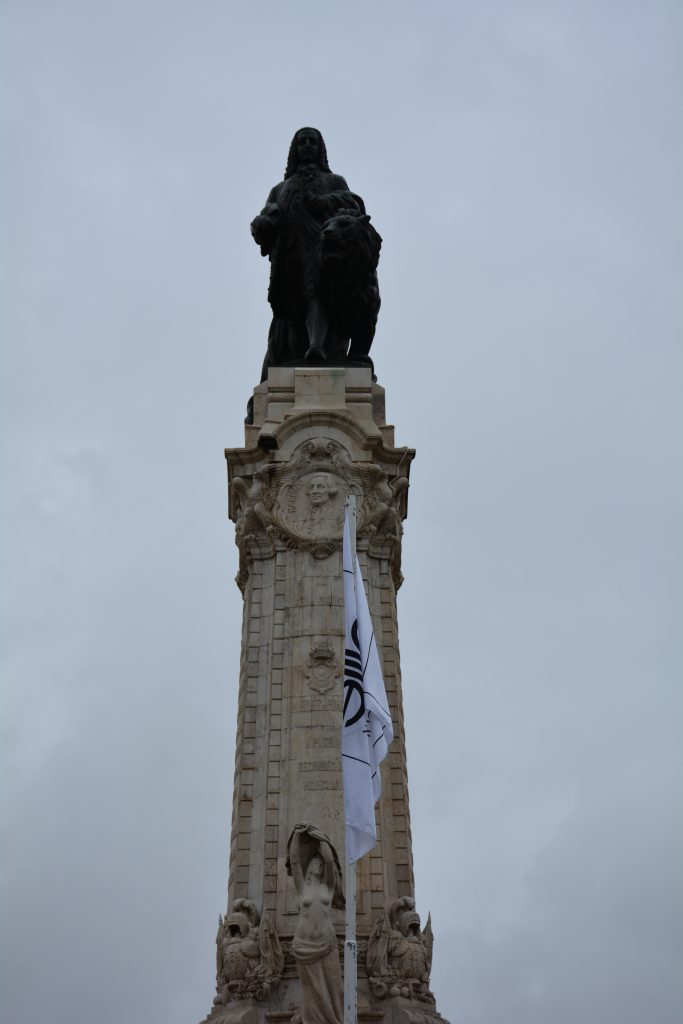 Marquis of Pombal Statue near the Eduardo VII Park 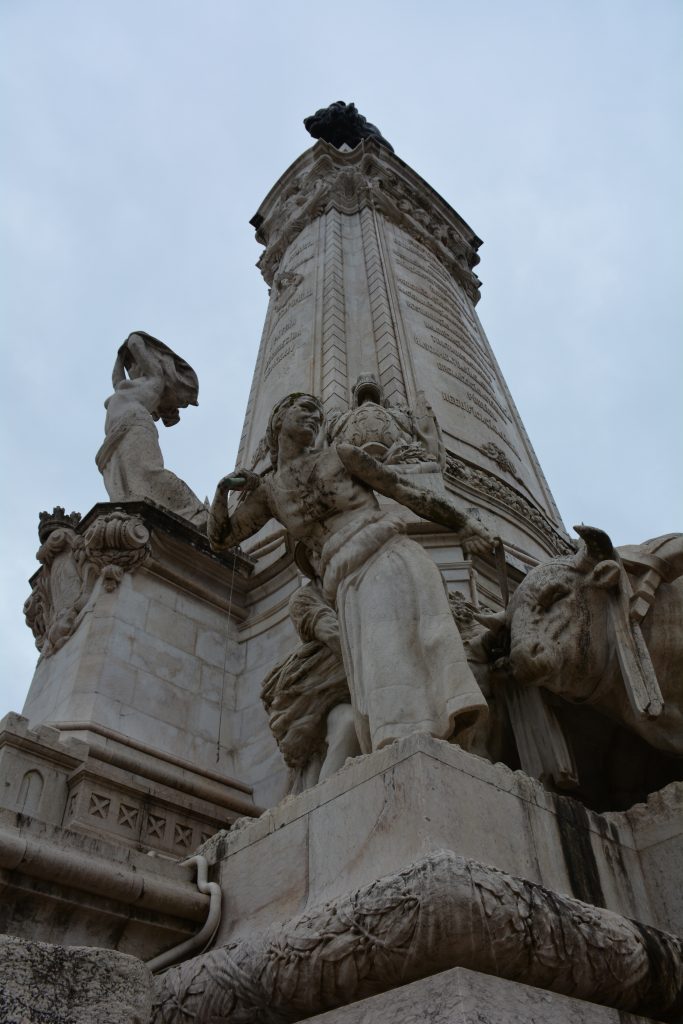 Marquis of Pombal Statue close up

Eduardo VII Park – this public park is beautiful; I love the design of the garden 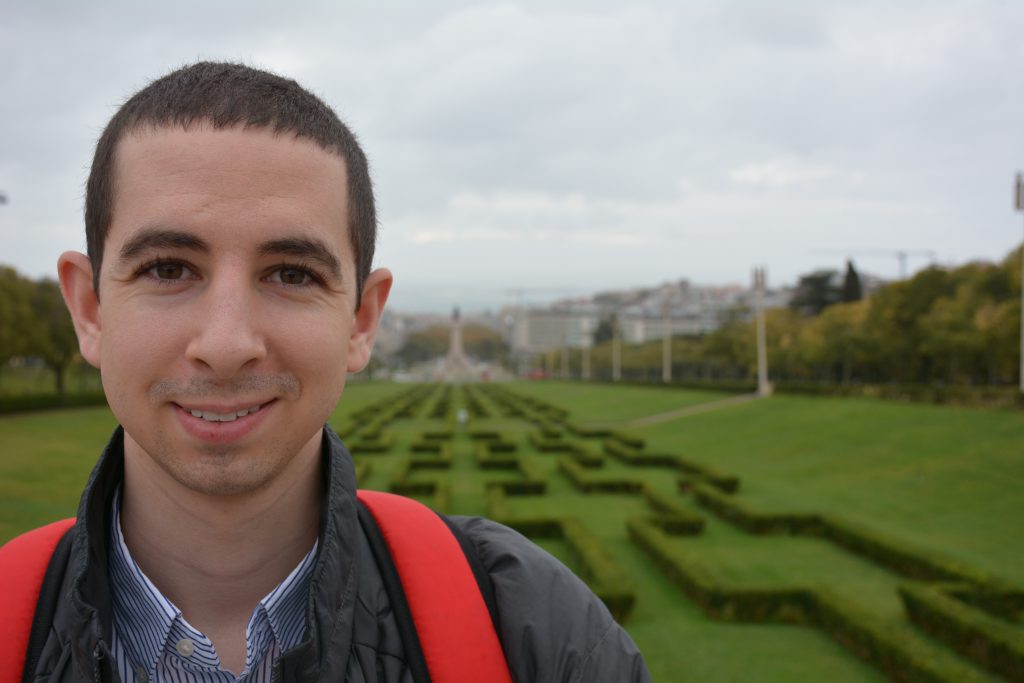 Dustin at that park; this is my favorite picture of him ever. He’s so cute! 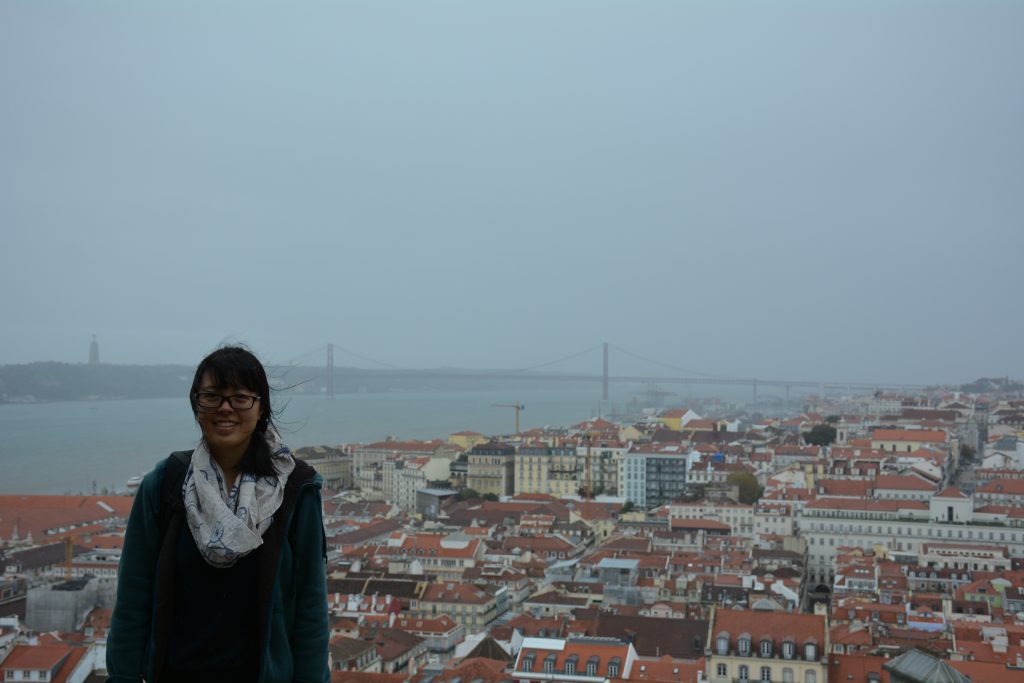 So windy at the top of Castelo de S. Jorge 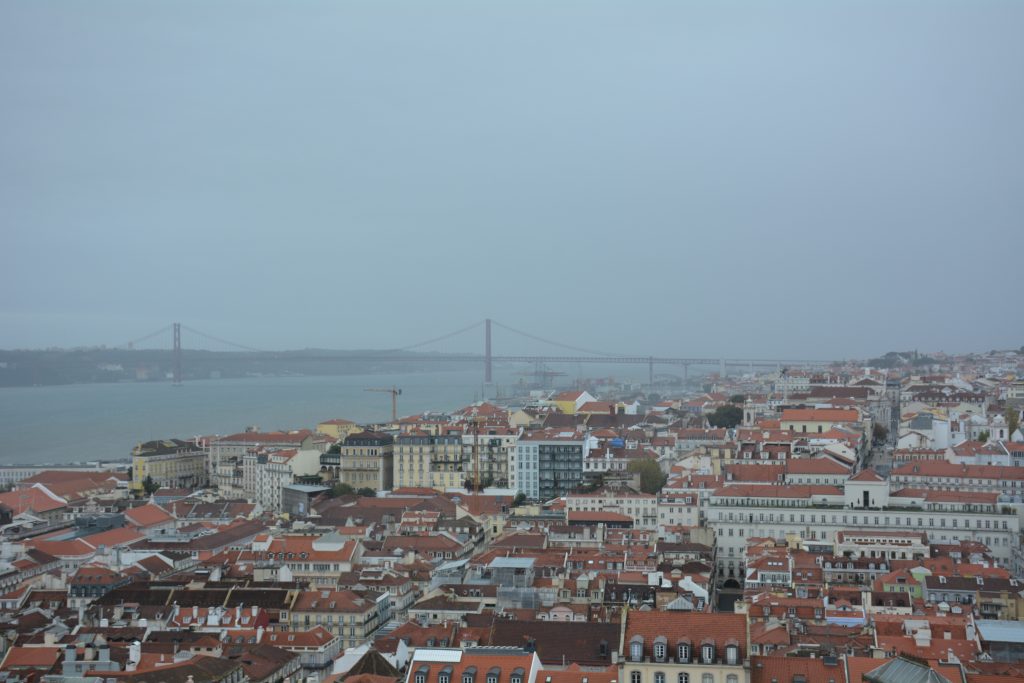 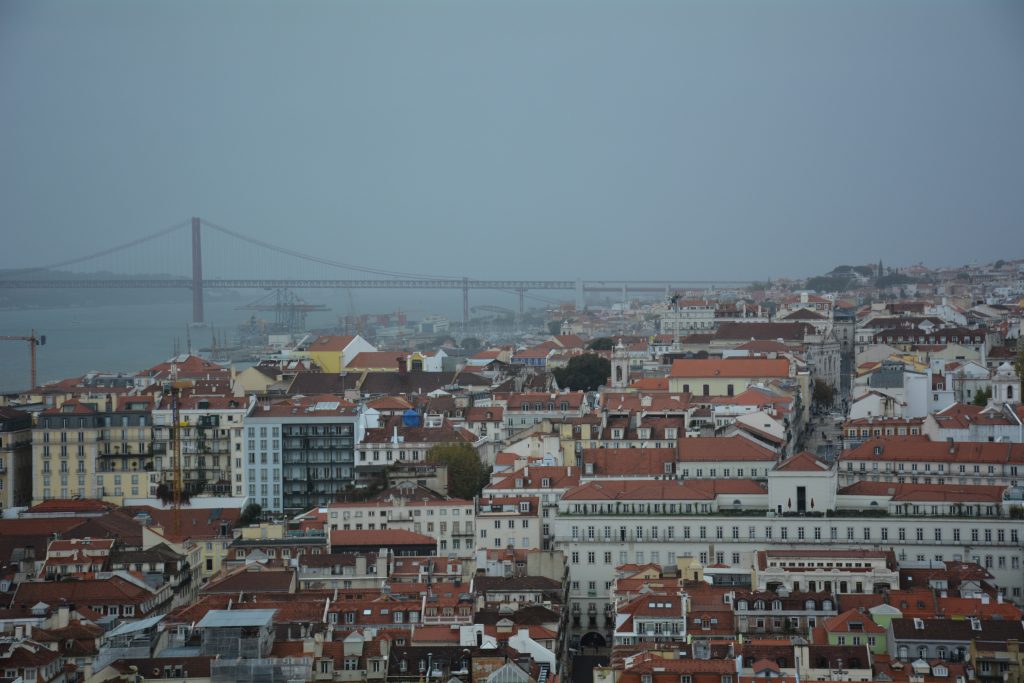 Zoomed in on the red roofs of Lisbon <3 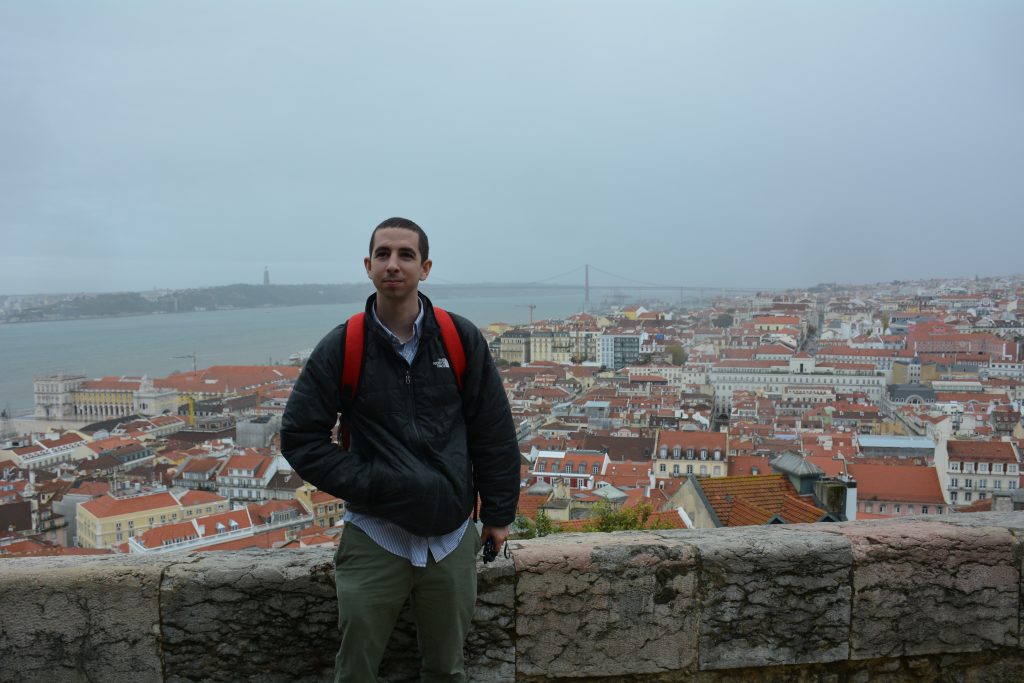 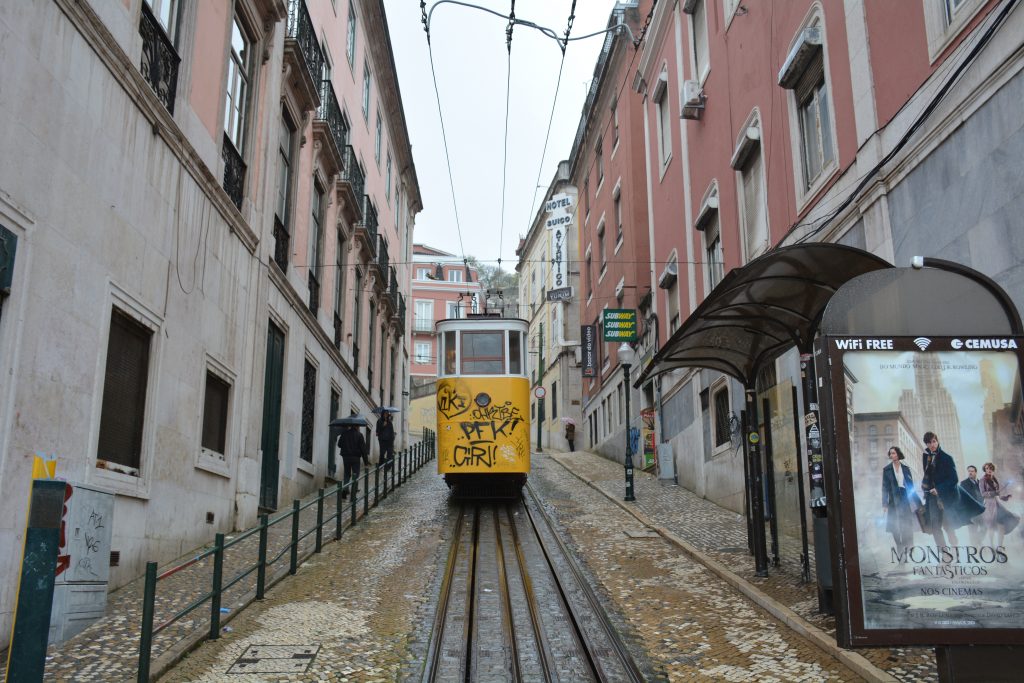 The iconic yellow tram in Lisbon 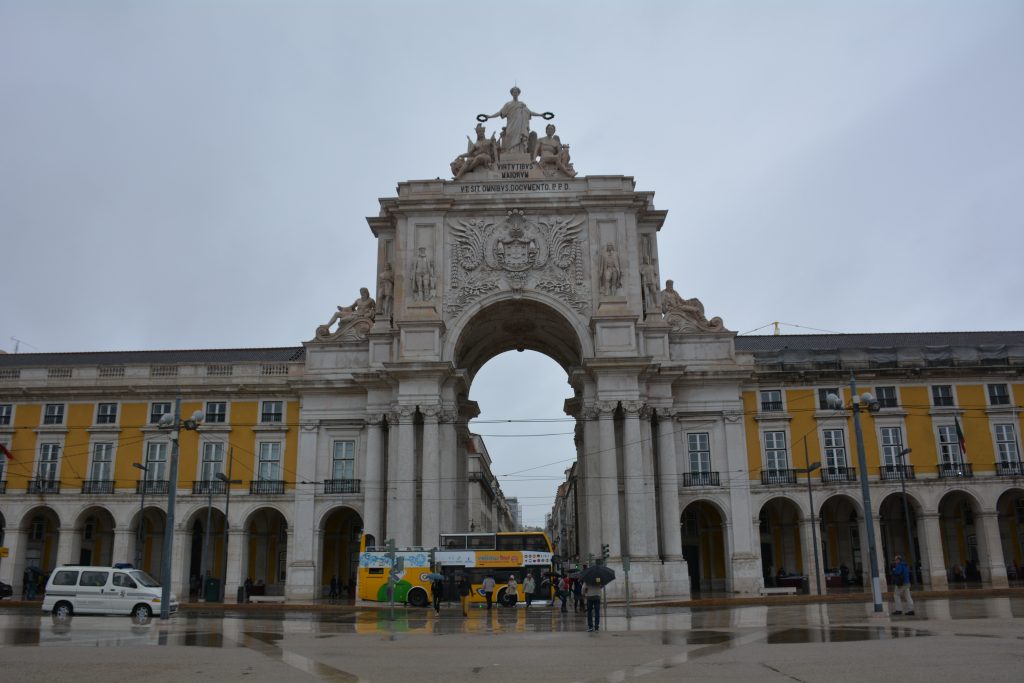