Where is Kirby Cove? What is it?
Kirby Cove is a cove/bay/small beach in Sausalito very close to Battery Spencer. It’s right across the Golden Gate Bridge. There is a campground there. The cove is not too big, but the view is still amazing. The sand is a little less fine than Baker Beach/Ocean Beach. We went there on a Saturday where the weather couldn’t be any better and there weren’t that many people, which is always nice when you’re trying to get away from the city.

How do you get there?
Uber Pool Express to the other side of the bridge or bus (not as many available) is likely the best way. Uber Pool Express is around ~15 USD to get from Union Square to Sausalito (end of the Golden Gate bridge) depending the time of day. Biking over the bridge from San Francisco to Sausalito is great, but going up a mountain is going to be difficult with a bike. Most people who rent bikes end up walking their bike up the hill. After getting to the other side of the Golden Gate Bridge, it’s an uphill walk past Battery Spencer and then a dirt trail going down hill to Kirby Cove, which is less than a mile away.

How hard is the trail to Kirby Cove?
I would consider this pretty easy. It’s not too long and it’s downhill all the way to the cove and completely uphill on the way back, which means there’s not a lot of change in movement.  The views, as always, make the trail very enjoyable. The dirt trail is wide and there aren’t too many people on the this trail.

What are the best viewpoints?
At the cove, you can see the entire Golden Gate Bridge in the near distance. At the cove, we also saw a wild seal in the water! The waves crashing in is always a relaxing site as well. On the trail itself, there are mountain views and the top of the Golden Gate Bridge. As you are getting closer to the cove, you are immersed in the woods with tall, tall trees! The views on this trail are very dynamic!

Recommend?
Yes! However, I recommend you visit Kirby Cove on the same day as Battery Spencer. I think paying for the transportation to Sausalito is way more worth it if you visit both destinations as they are decently close. You get to be on top of a hill and on a cove on the same day! 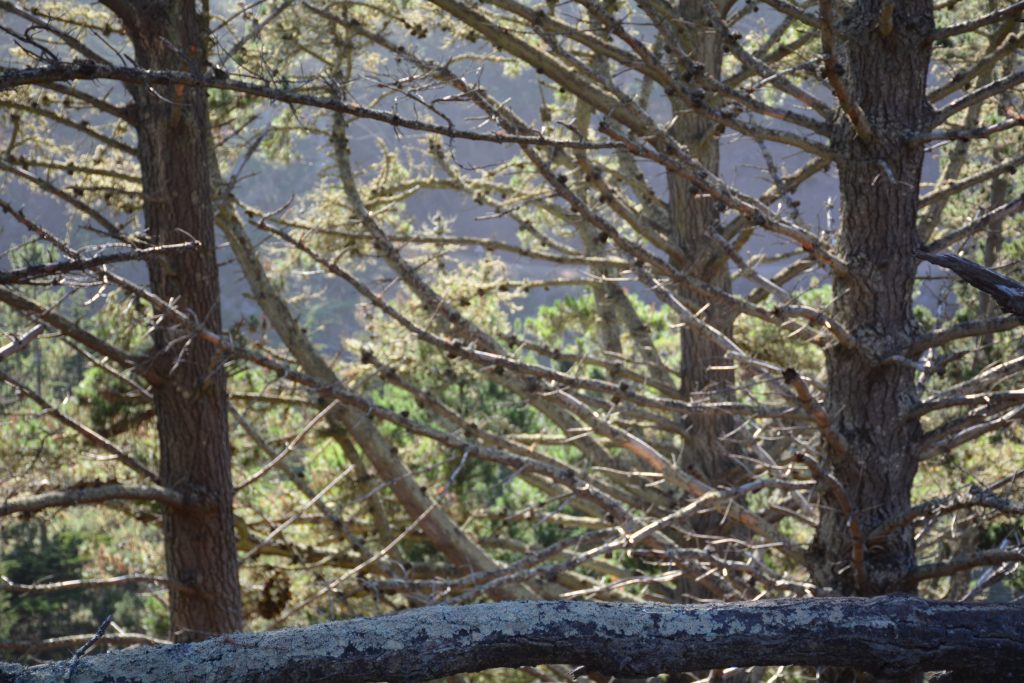 Love looking through all the branches during these California hikes 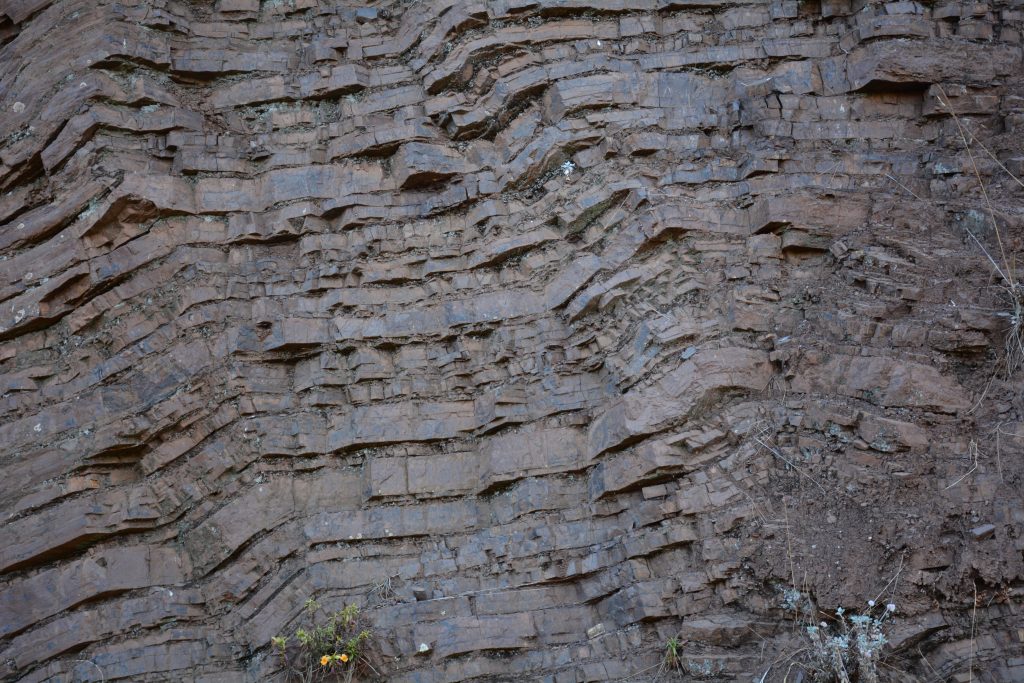 Texture of the rocks are so interesting 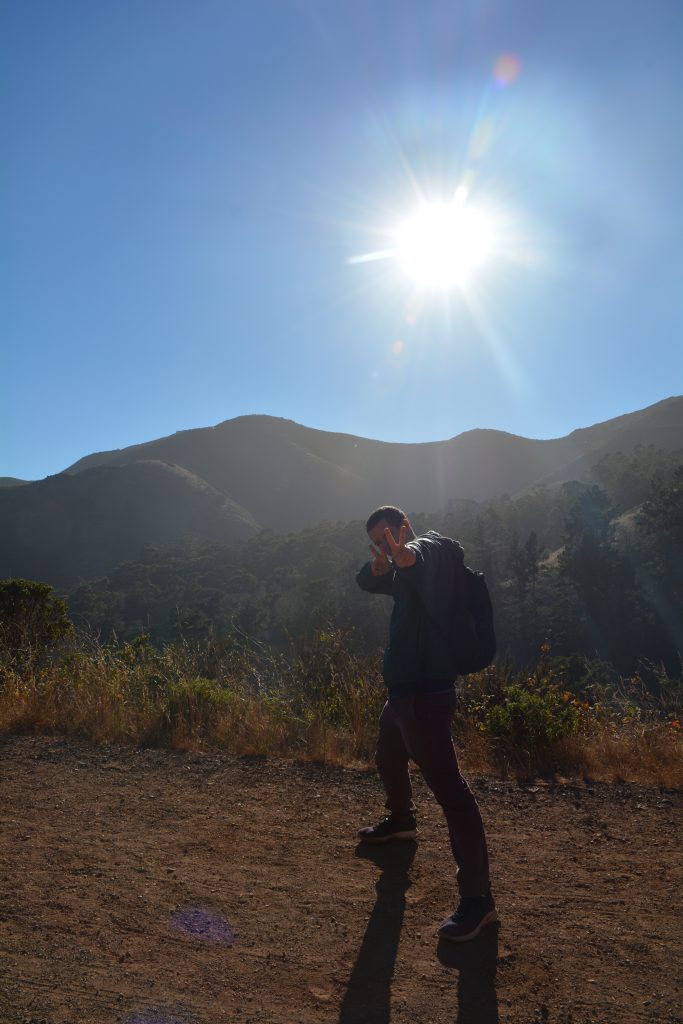 Start of the trial to Kirby Cove; sun is shining! 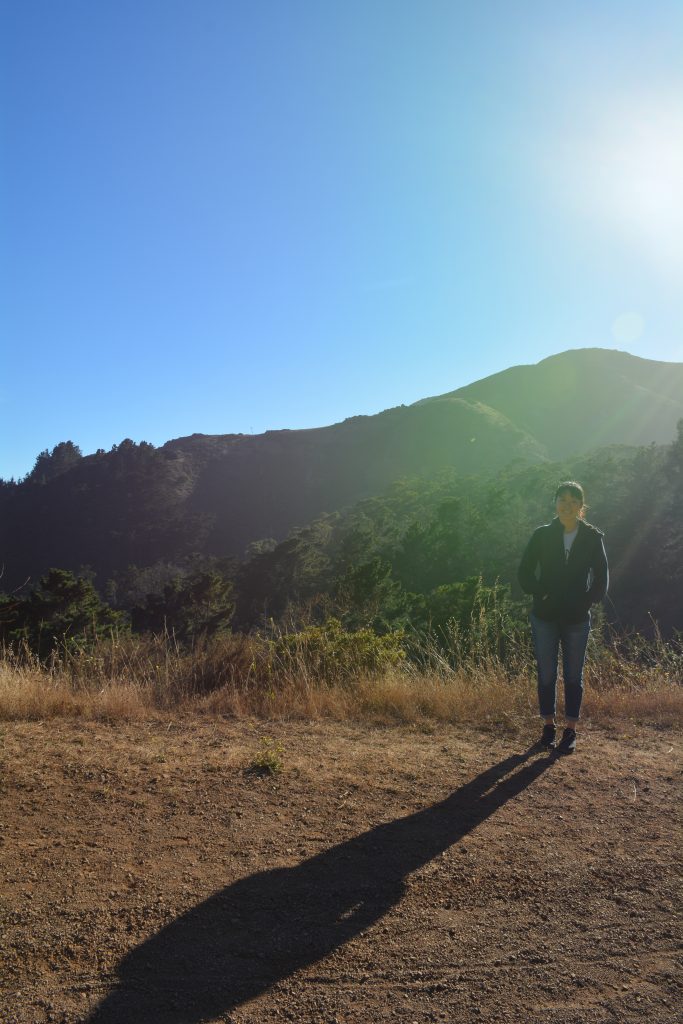 Loving the mountains as a backdrop 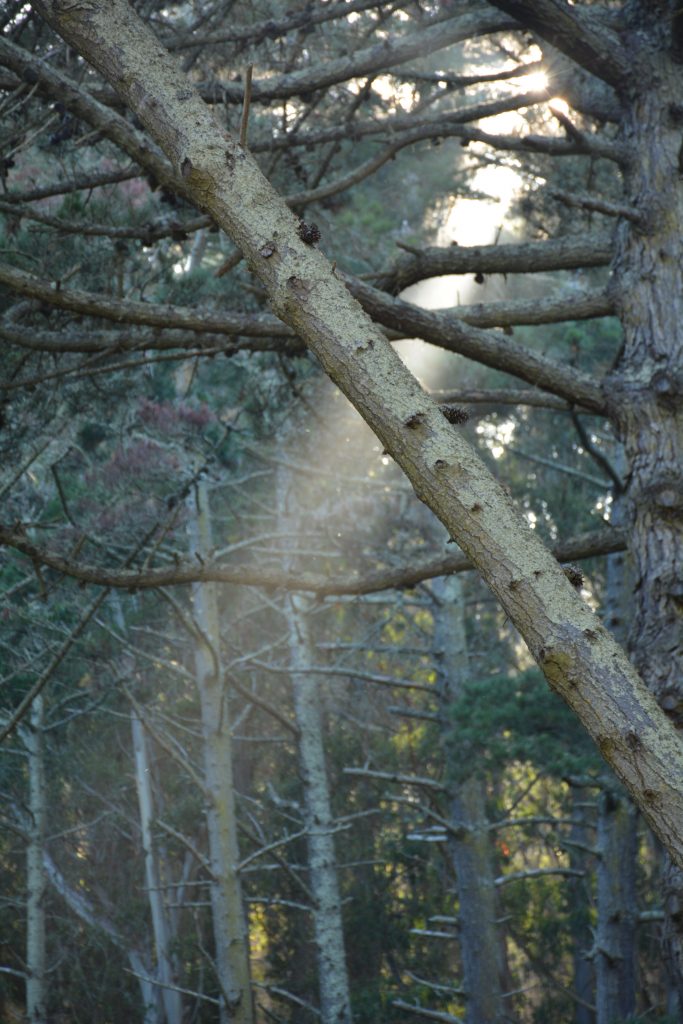 Sunlight shining through the woods <3 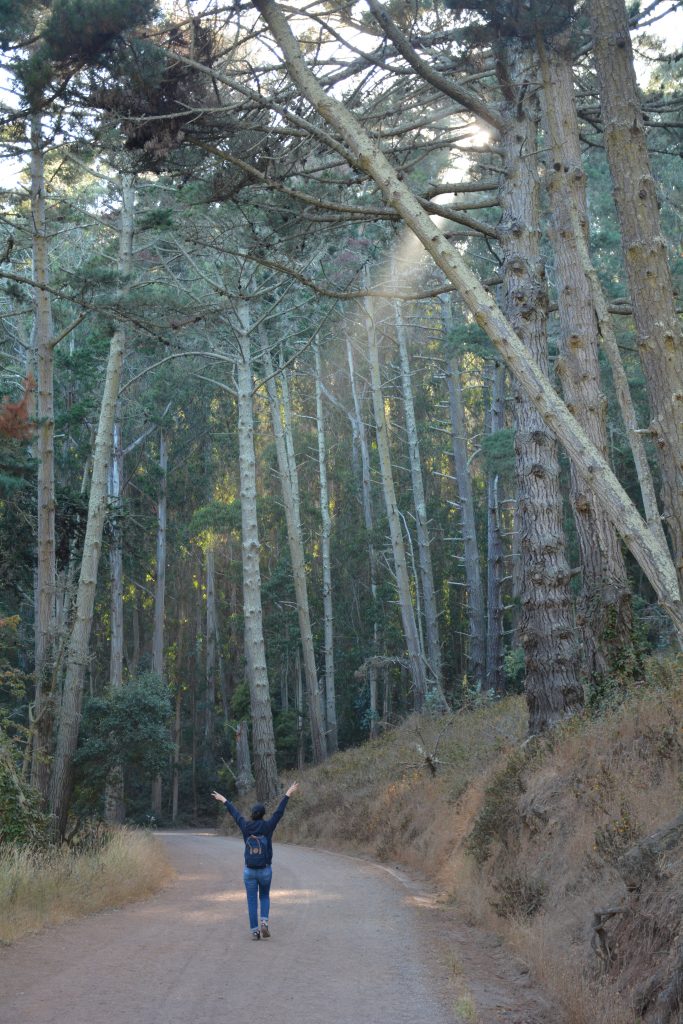 The trees are so tall! 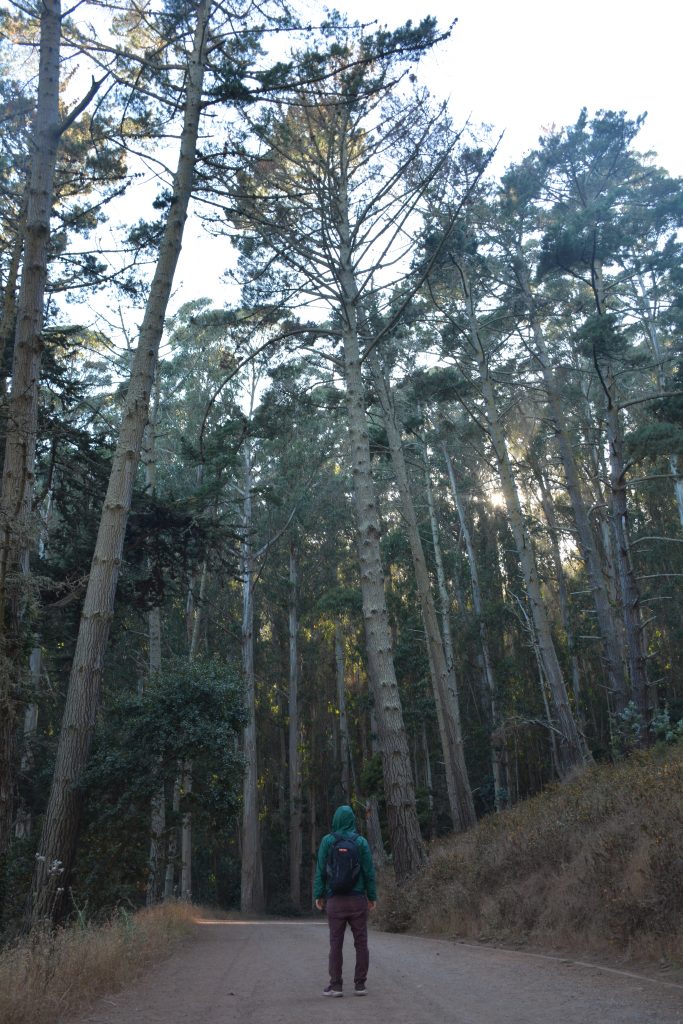 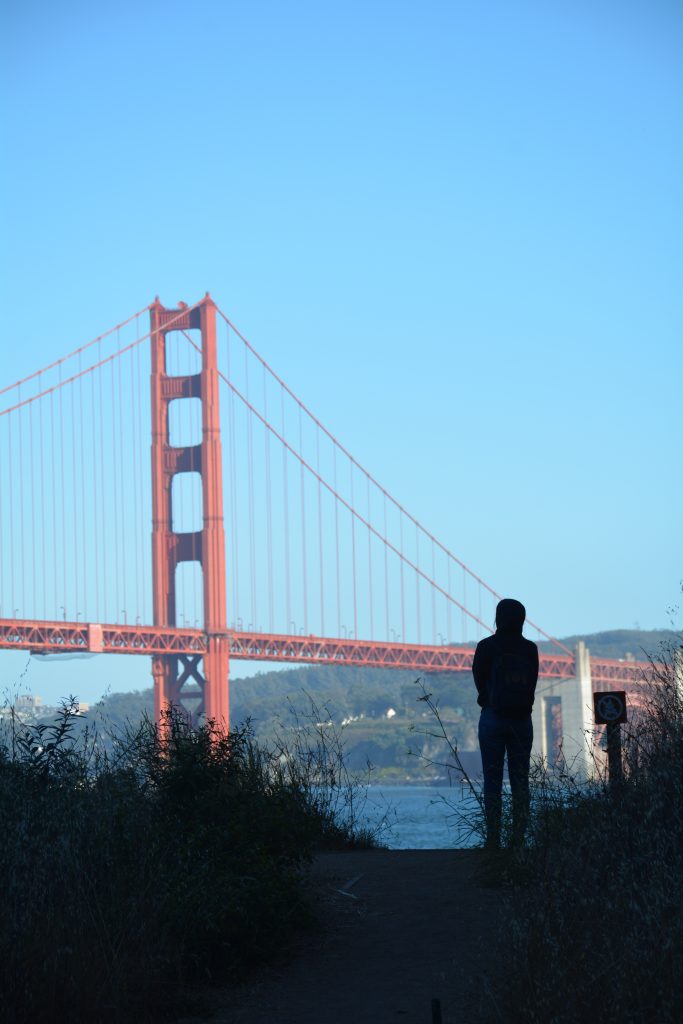 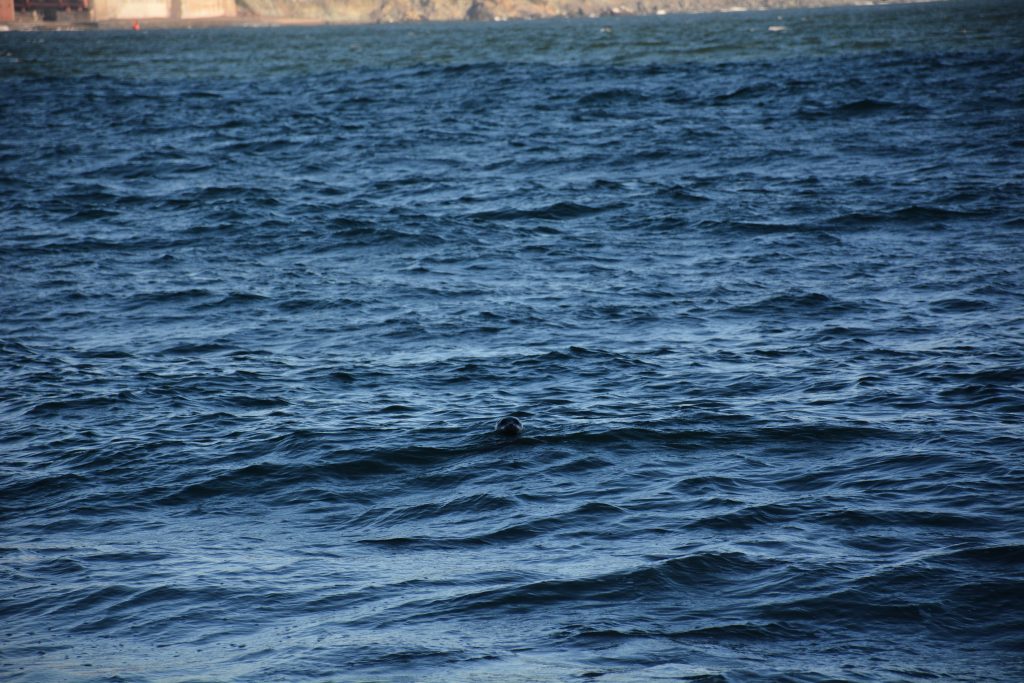 We saw a wild seal at the cove! 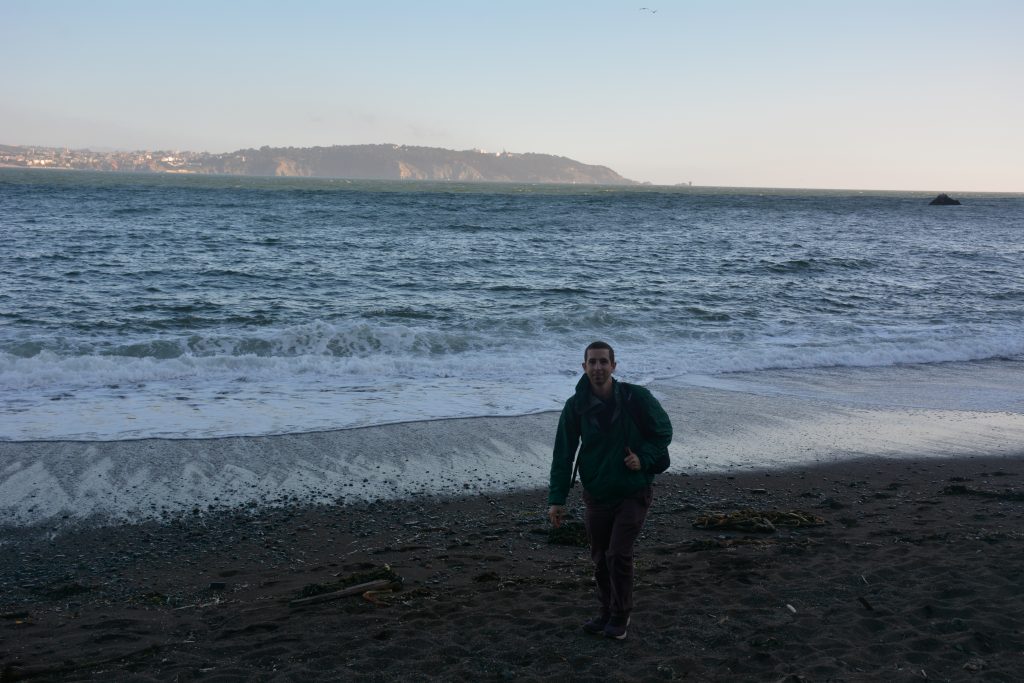 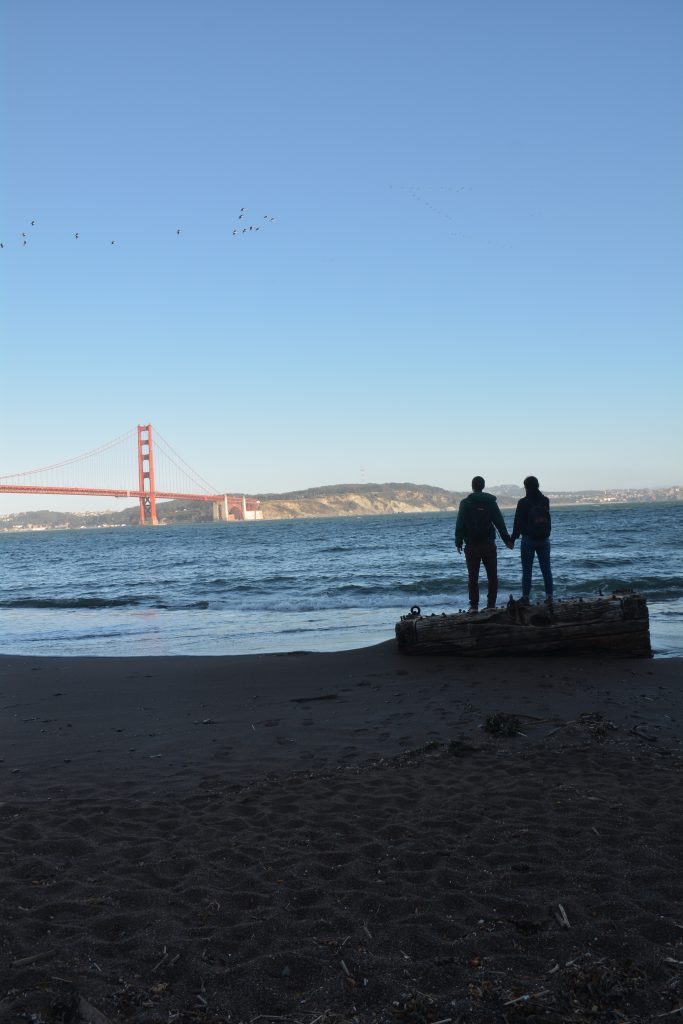 Me, Dust, and the Golden Gate 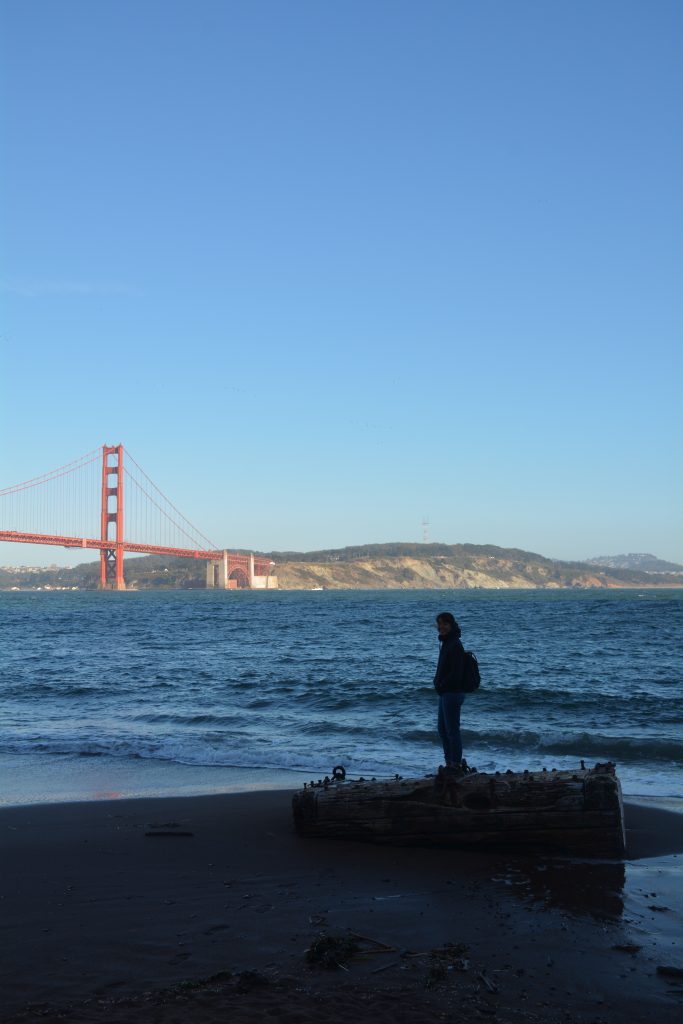 Amazing view of the bridge at Kirby Cove 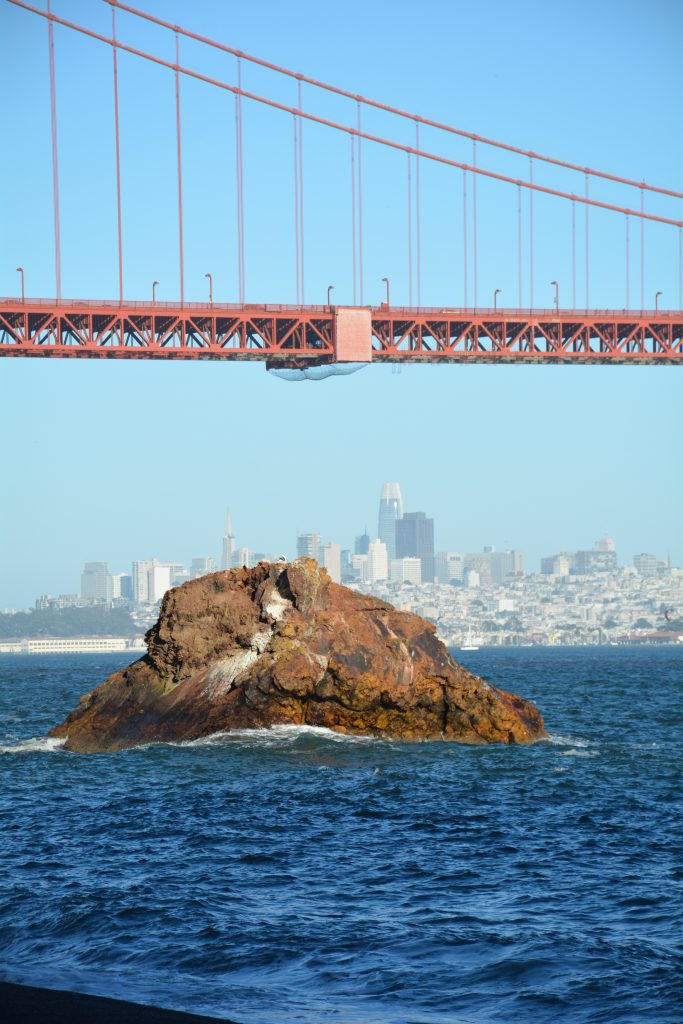 The view of the city from Kirby Cove 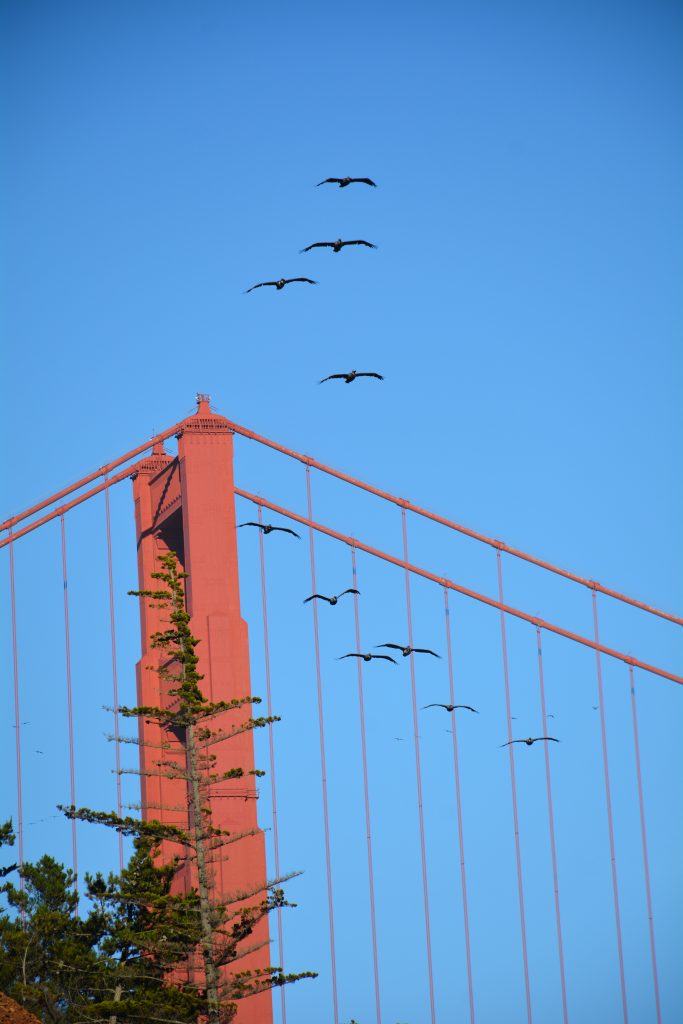 Birds – get in formation! 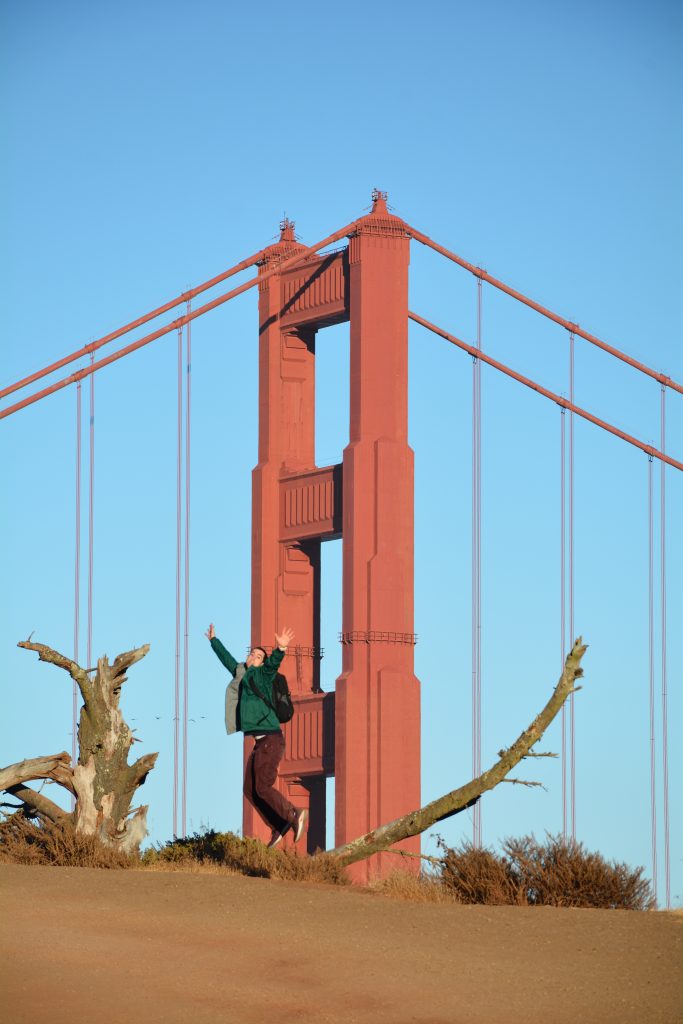 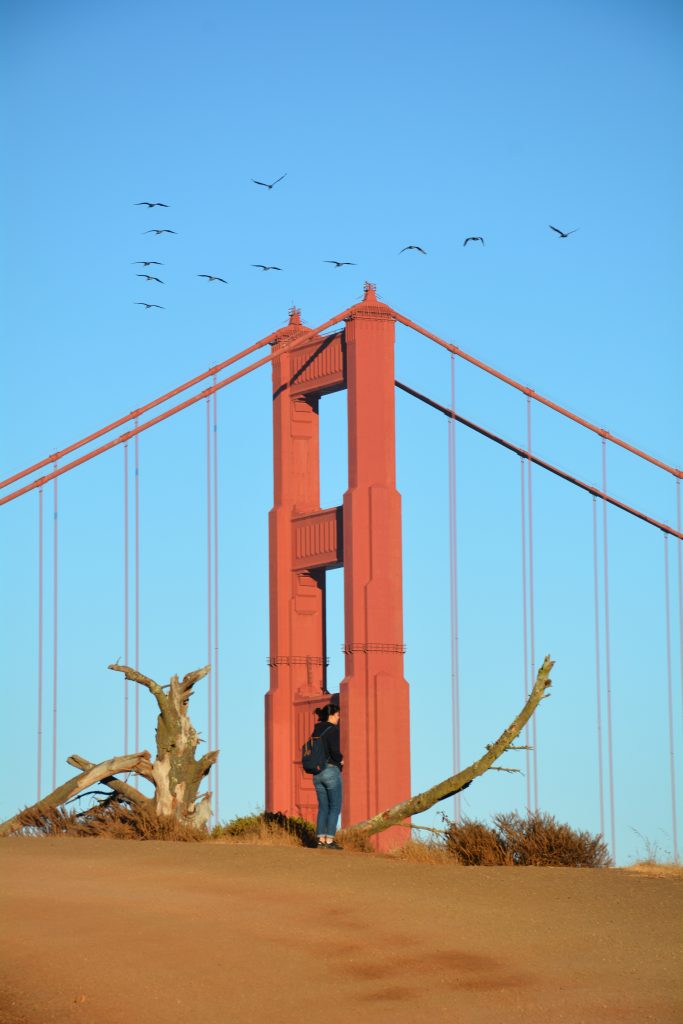