2018 has been a crazy year. When the year started, I honestly had no idea what was to come and where I would be traveling to. Some of these trips were planned spontaneously because the timing just worked out and others had always been on my bucket list. These travel moments weren’t always “wow” moments, some are just memories that stuck to me because of the situation I was in. In no particular order, below are my top 10 travel moments!

Swimming in Cenote Azul and Cenote Dos Ojos for several, several hours and mini cliff jumping in Cenote Azul in Quintana Roo, Mexico
I’m always in search for blue, turquoise or clear natural bodies of water. For some strange reason, I find it so interesting that these bodies of water can be naturally created. Before cenotes, I’ve been to blue and turquoise beaches with waves constantly coming in or rivers that kept flowing, but these cenotes were nothing like it. We had to give ourselves a time limit because we still had to explore Tulum that day! 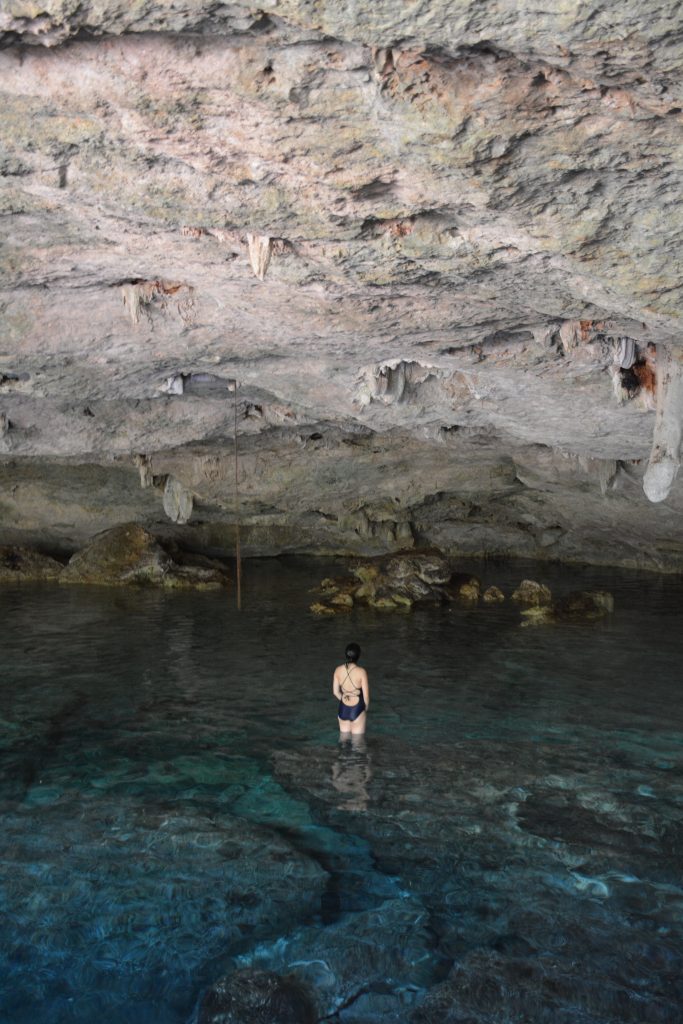 Cenote Dos Ojos is in a cave – amazing! 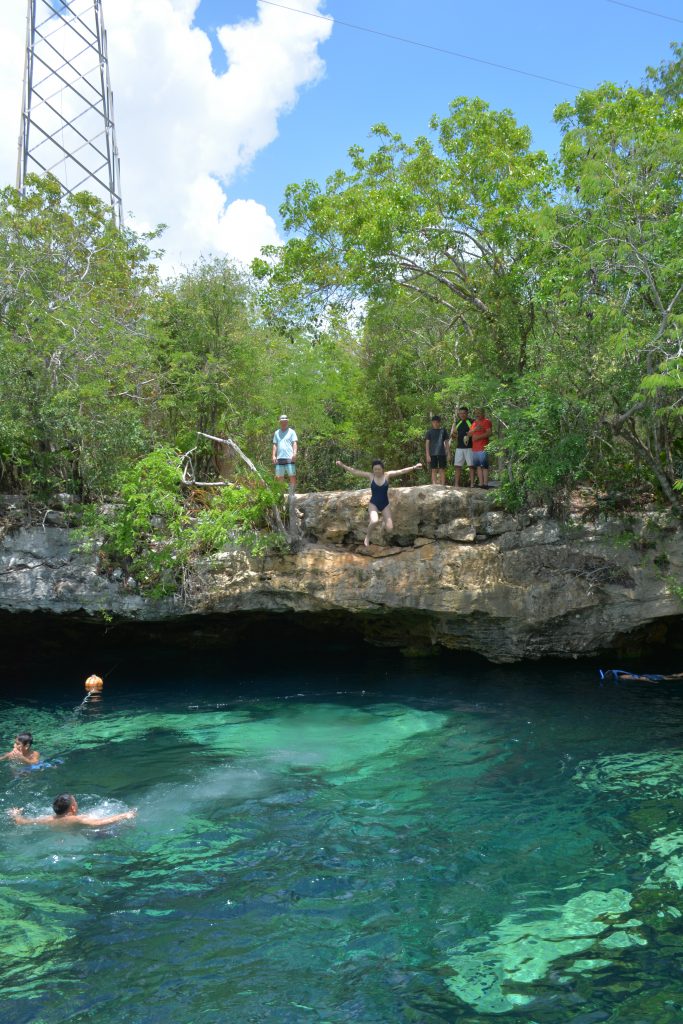 Jumping into the water!

Walking through layers of snow on Nordkette, the Jewel of the Alps in Innsbruck, Austria
During the winter, I extended a trip to Zurich so I could visit Austria! I wanted to see the Austrian alps so I took a few hour train from Zurich to Innsbruck. However, planning a trip to the Alps always depends on the weather as you never know if you’ll be able to see anything. There were times when I was on the Alps where I couldn’t see a few feet in front of me and other times I could see a little peep of a mountain. Although it wasn’t the perfect weather, I still enjoyed climbing up knee deep snow on the mountain and just taking in the most out of the Austrian Alps. 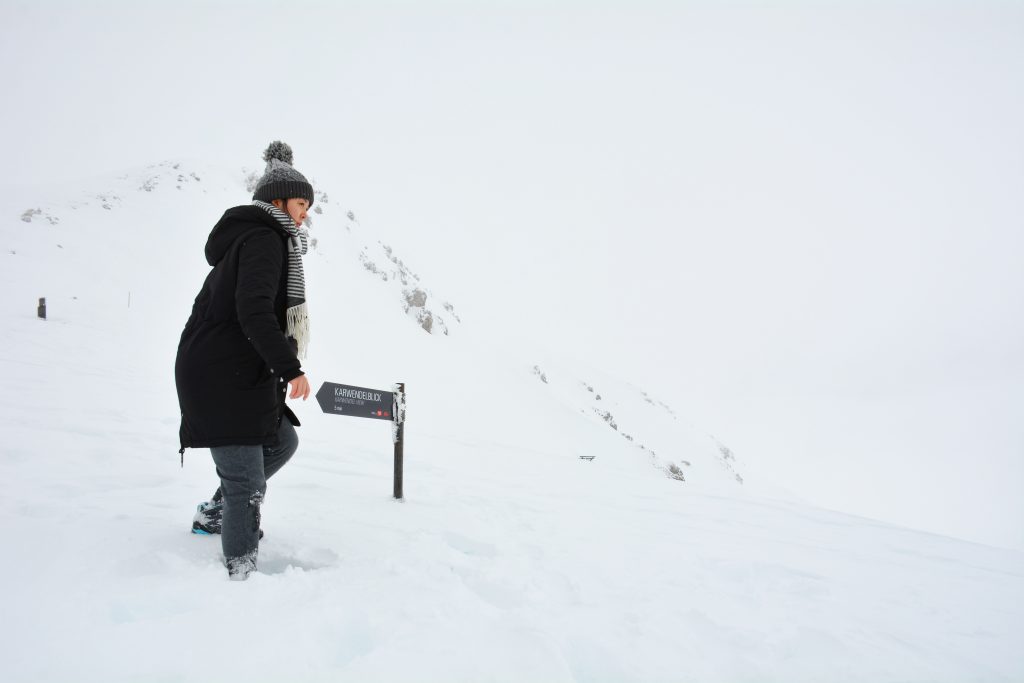 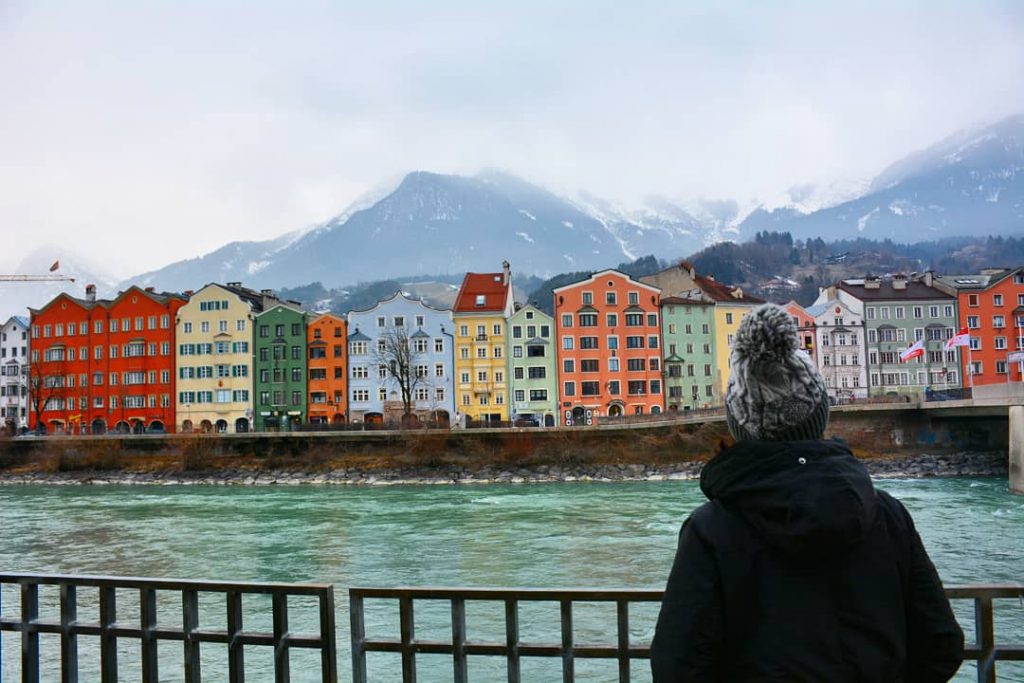 Climbing Shen’ao Elephant Trunk Rock in the pouring rain in Taipei, Taiwan
I always have an ongoing list of places I’d like to see. This one had been on the list for a few months as I knew I was going back to Taipei for the winter holiday. I was only in Taipei for a limited amount of time, but it was raining every single one of those days! Regardless, we decided to drive to Elephant Trunk Rock, which is located by the ocean, and we walked on slippery rocks to see it. Honestly, because it was raining, it made the rock look cooler and more gray, however, I don’t recommend going on a rainy day because of how slippery and muddy that paths were and it was actually quite dangerous. The nice part was that there was no one there, but it was a bit dangerous and I wouldn’t do it again.

Watching the sunrise and seeing the Swiss Alps in the distance in Zurich, Switzerland
I saw that it was a nice day in Zurich and I wanted to make the most of it. I set an early alarm so I could sit by the lake and watch the sunrise over the mountain. It was 100% worth it. I’ve always only set an alarm to watch sunrises with Dustin because it’s extremely hard to wake up, so this definitely took a lot of effort. I’ve seen more sunrises this year that I have in the past 25 years of my life and this was an amazing one because of how I watched it creep up right over the mountain. 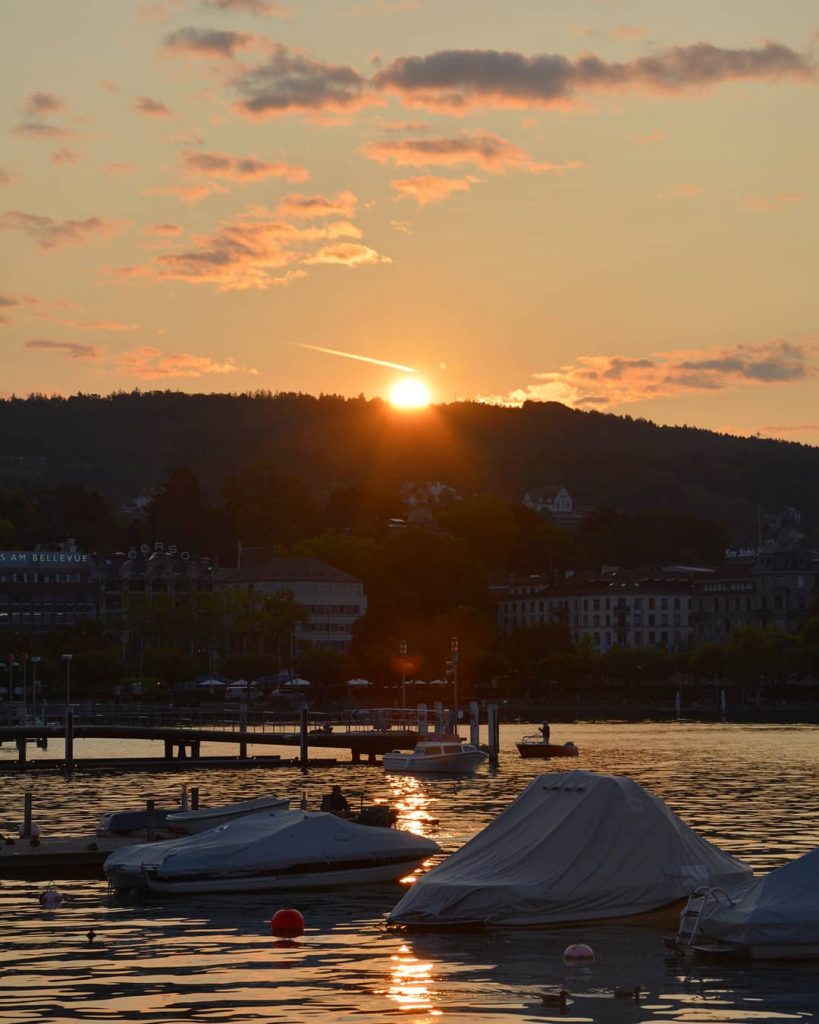 Right when the sun starts to rise above the mountain <3 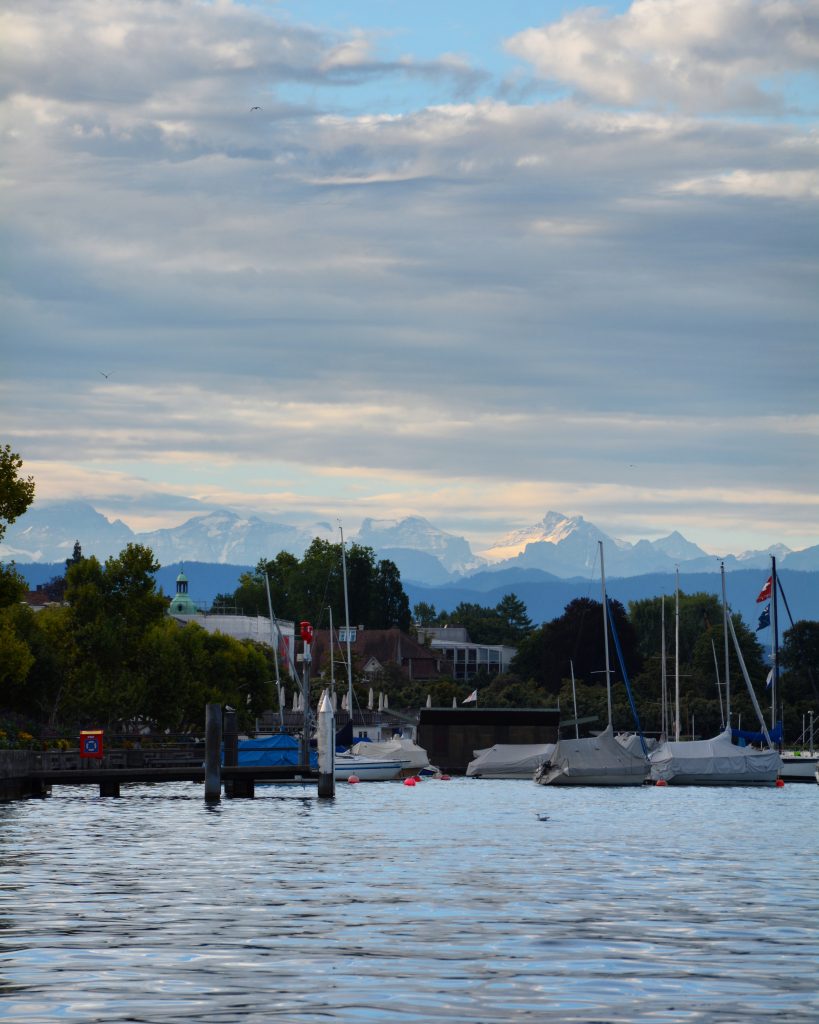 Swimming in Lake Tahoe next to Bonsai Rock during sunset
When we planned to move to California, we knew we had to go to Lake Tahoe. However, we did not think we’d be going there a month after we moved as we hadn’t fully settled in our San Francisco apartment. I planned it two weeks before we left because I found a great car price and it was the week after Labor day weekend so I felt that it would be a little more empty as summer had officially ended. When we got to Lake Tahoe, we drove immediately to Secret Cove; after spending a few hours there, we drove to Bonsai rock. We got there an hour before sunset, jumped in the lake to swim to the rock and got to spend our only night in Tahoe watching the sunset with clear skies. We loved it. 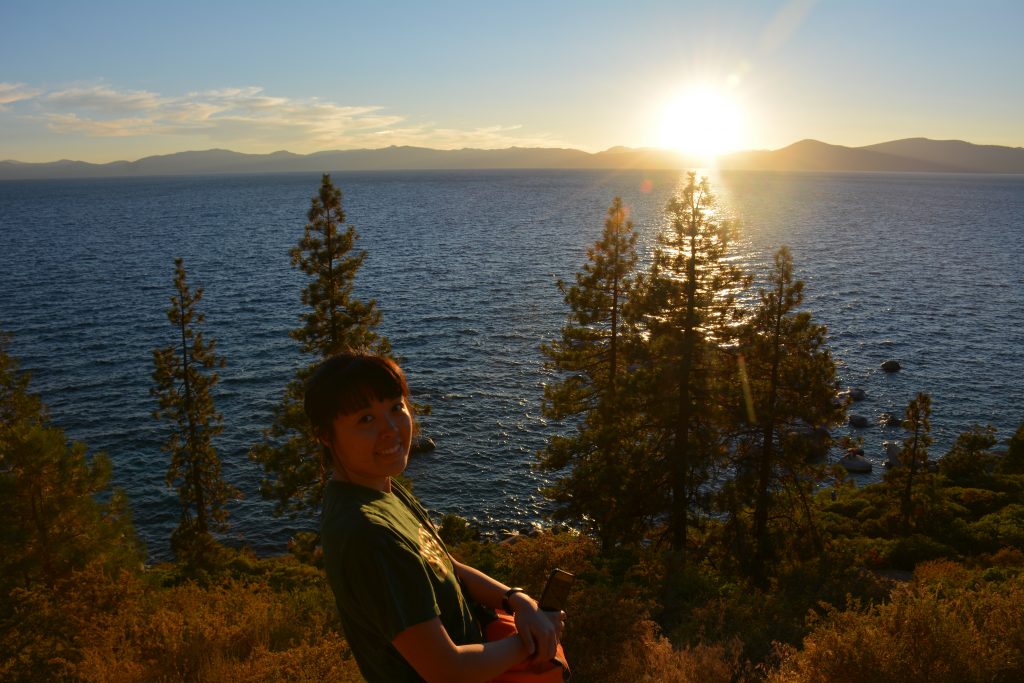 Watching the sunset on day 1 in Tahoe 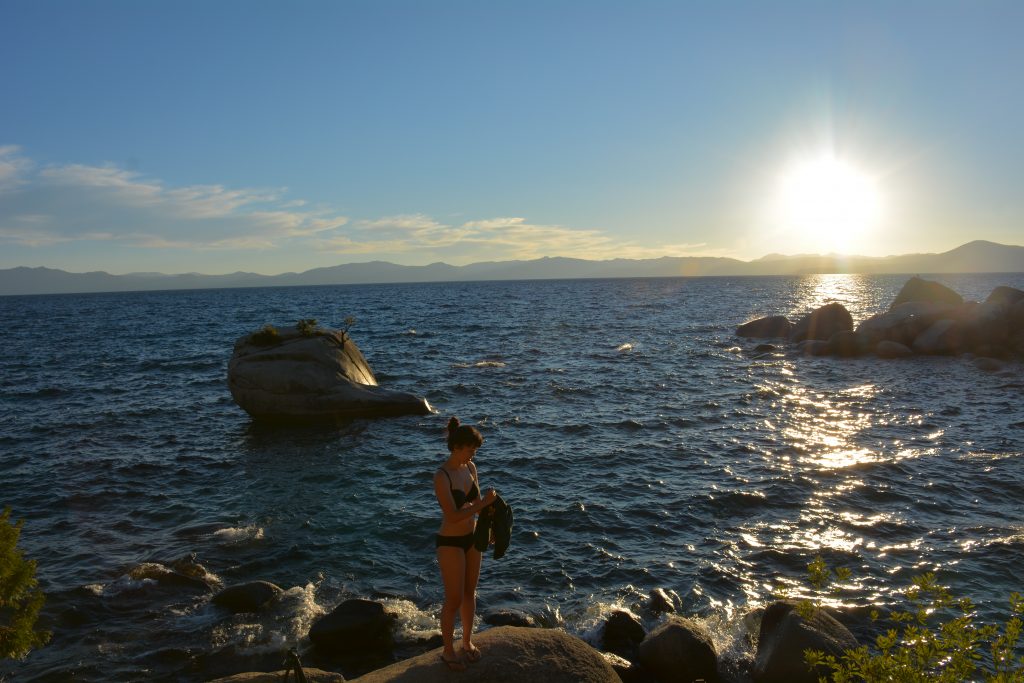 ATVing in Santorini, Greece
I had never gone ATVing before and when planning the trip to Santorini, I knew I wanted to rent an ATV as its a convenient way to get around. We rode the ATV from Fira to the Red Beach, passing amazing views of the caldera. Dustin and I shared an ATV and it’s pretty easy to drive once you get the hang of it! 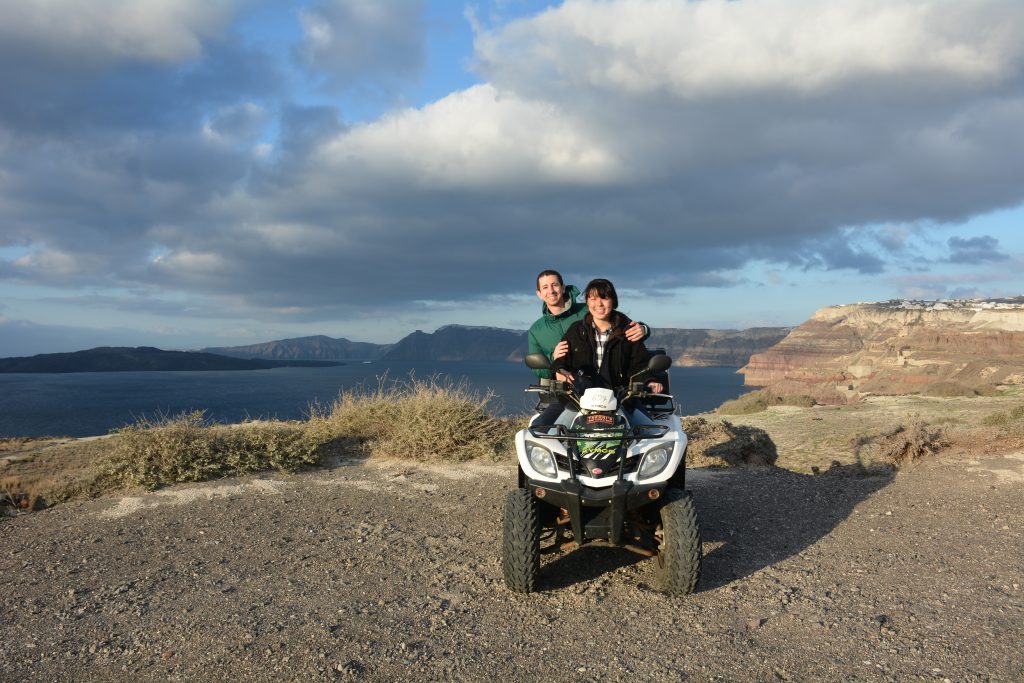 Accomplishing my sixth grader dreams of seeing the Parthenon and the Panathenaic Stadium in Athens, Greece
After learning about Greek history and sixth grade, I had always wanted to visit Greece, specifically Athens as it holds an abundance of ancient history. I’m not sure why Greek history, in particular, was the most interesting to me back in school. To see everything I read in textbooks and seeing Athens in person was amazing. I’ve also always been a fan of the Olympics and to be able to run on the track and walk around the stands in the first modern Olympics Stadium in the world (made of marble) was so exciting. 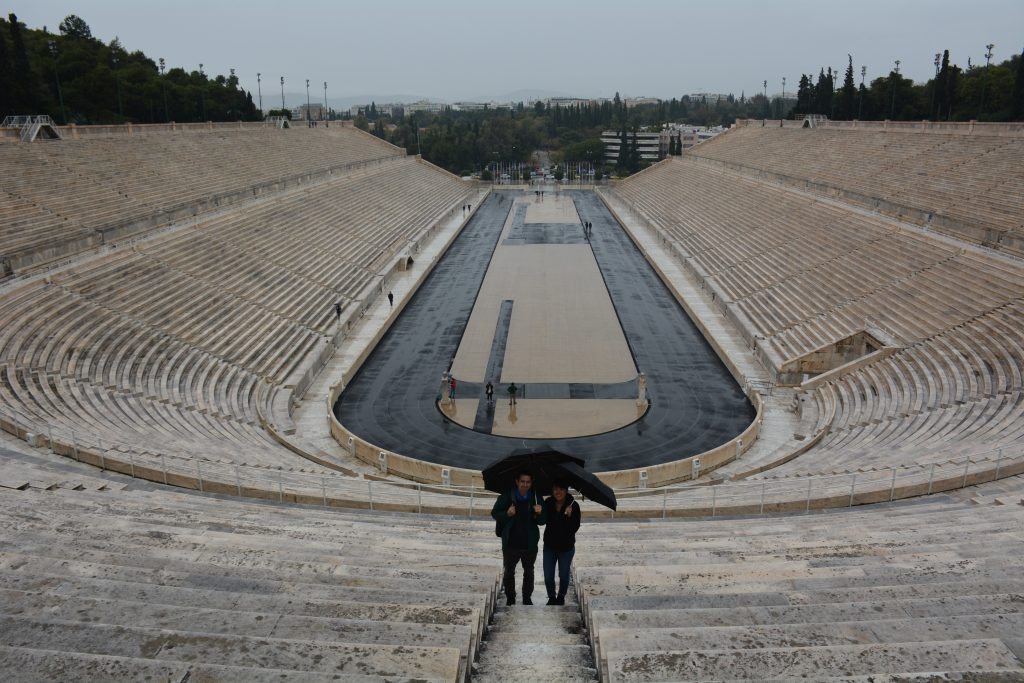 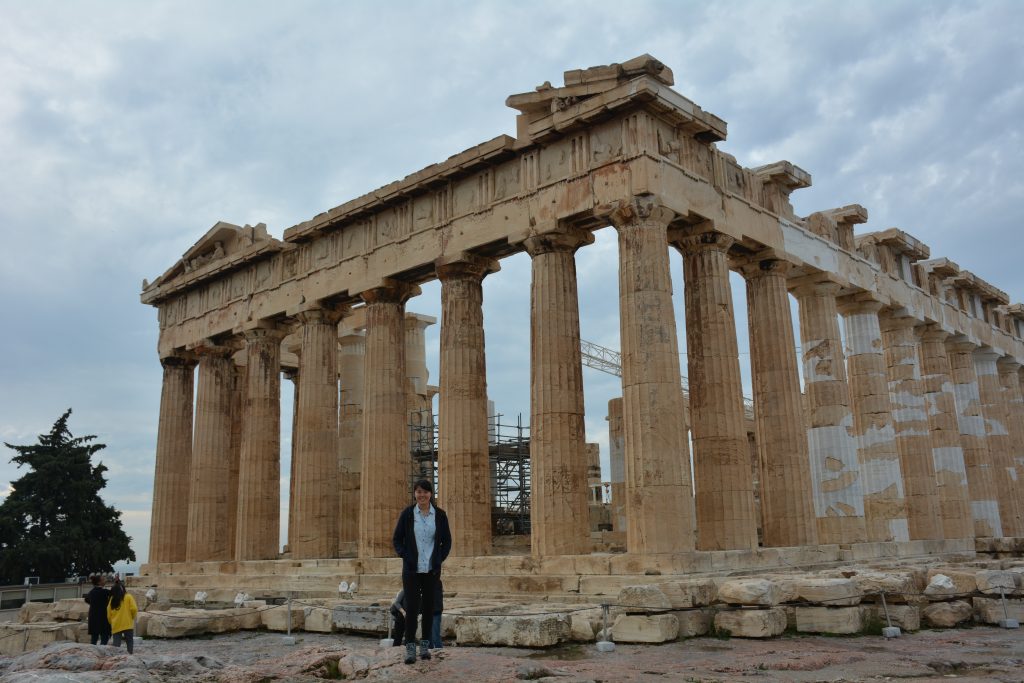 Two stray dogs in Fira following us from on our walk to Imerovigli and Skaros Rock and then waited for us to pack our bags at the porch of our hotel
This was the sweetest memory of our Greece trip. A dog’s love can be felt all over the world. We were walking from Fira to Imerovigli and then hiking Skaros rock when two cute Greek pups decided they wanted to join us on the walk. They followed us for a very long time until they started playing with each other and getting distracted. We thought that might be the last time we saw them, but then on our way back, fate brought us back together and they started walking with us again all the way back to our hotel. We had to stop them from going into the hotel, so they waited for us on the porch until we left the hotel again. If this happened back in San Francisco, we probably would’ve adopted them. 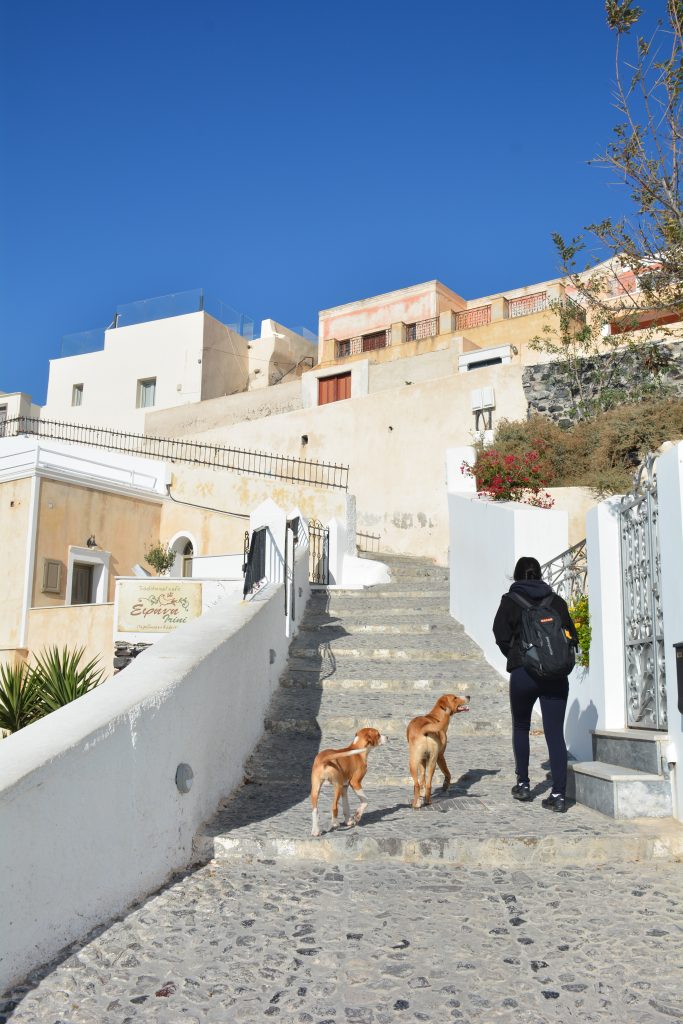 They followed us for almost our entire walk to Imerovigli 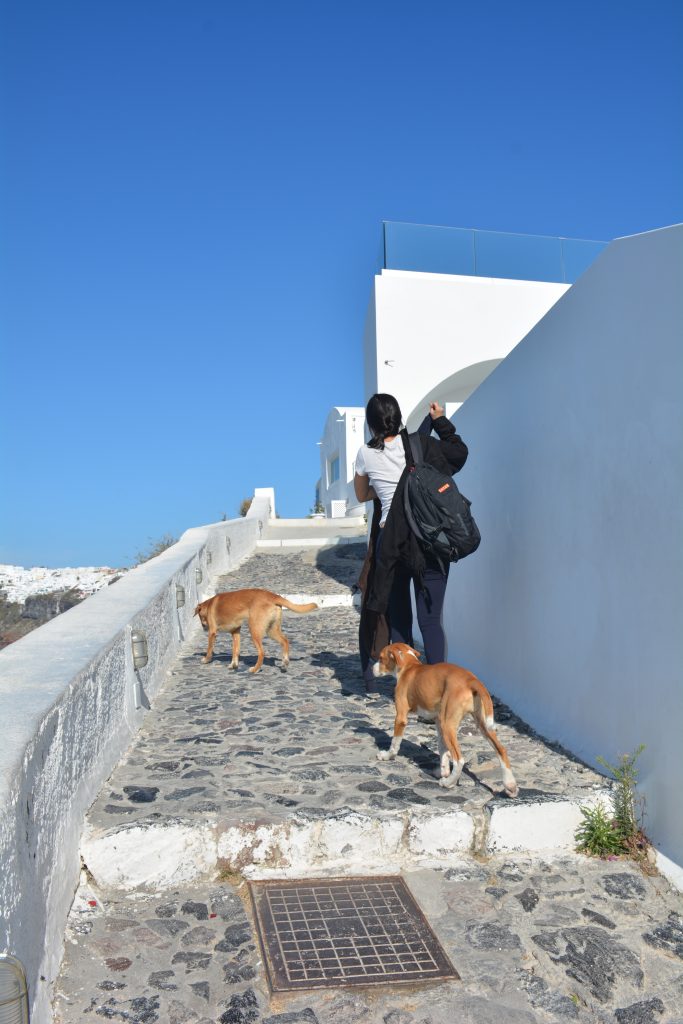 Still following us! So cute!

Enjoying Elafonisi Beach and Seitan Limania all to ourselves in Crete, Greece
Blue, turquoise, clear water! As mentioned above, I just love it. We went to two beaches in Crete where we had that all to ourselves as it was off peak season in November. Elafonisi beach had pink sand and was a huge beach with shallow and deep water parts of the beach. This is the best beach we’ve been to so far! When we got off the plane in Crete, we drove 15 minutes and went to straight to Seitan Limania, which is a beach between rock formations. It’s a little difficult to get to as it’s super rocky (the drive and the hike down to the beach), but the little cove was completely worth it and it was completely empty. 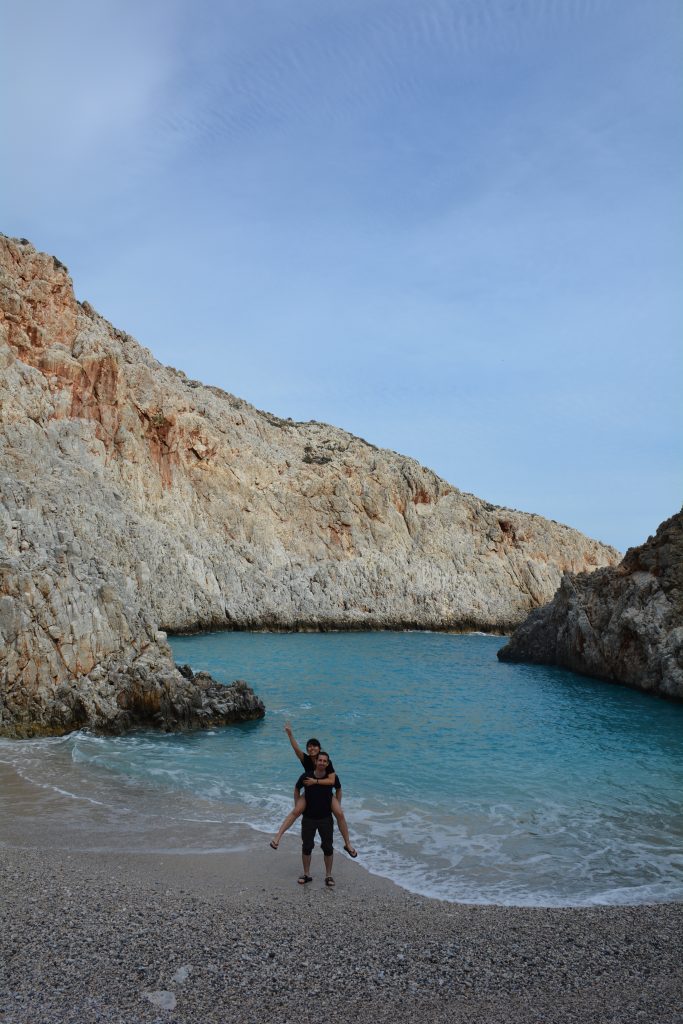 Seitan Limania all to ourselves! 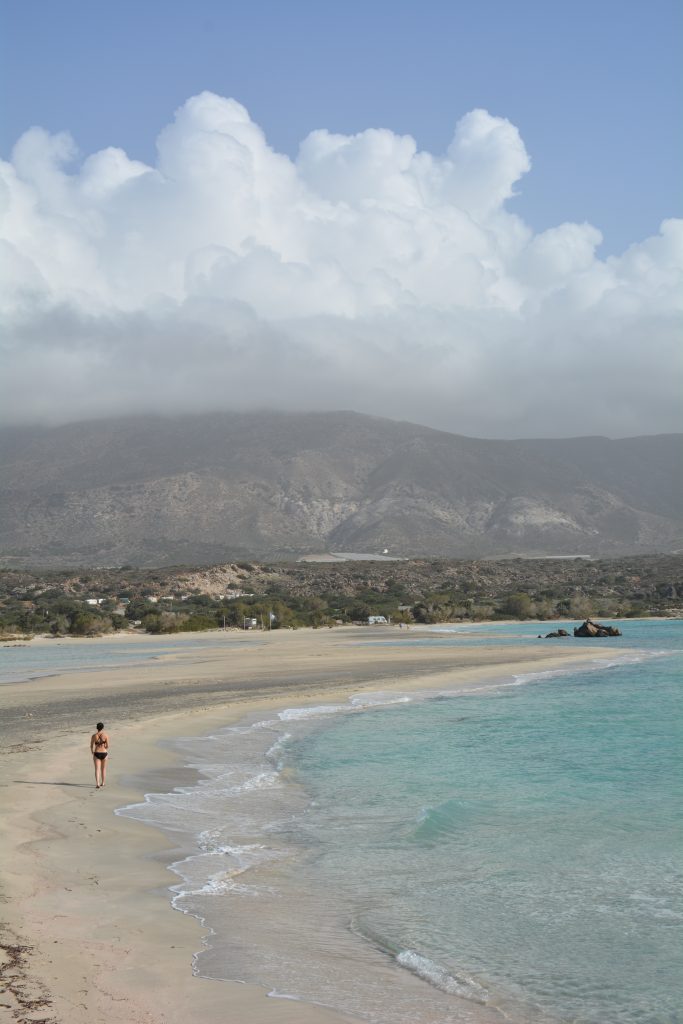 Elafonisi beach and the mountains of Crete!

Six hour layover at the Turkish Airline Lounge in Istanbul
We purposely choose to have a six hour layover around dinner time in Istanbul before Greece because we had been to this lounge before. It was just as great as we remembered it. The six hours zoomed by and we loved every second of it. We had too many rounds of food to count. Our favorite part of the lounge – the baklava table! 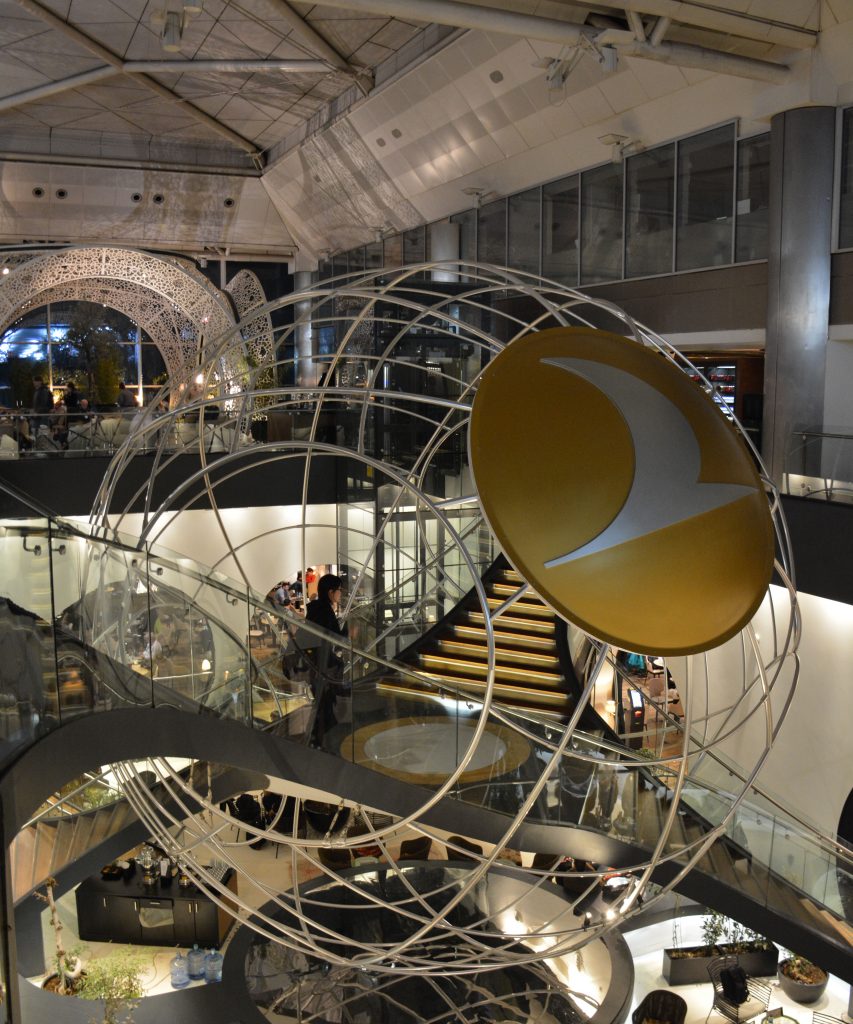