We have been wanting to go to Lake Tahoe during the winter to ski/snowboard ever since we moved to San Francisco. However, the drive from San Francisco to Lake Tahoe is around 4 hrs, so it would make more sense to go for 2 days instead of 1. With the heavy snowfall this year in Northern California, it was taking visitors a lot more than 4 hours to drive to Tahoe. Instead of driving ourselves, we found an awesome tour service that could take us there and back in 1 day!

What is Squaw Valley? Where is it located?
Squaw Valley is in Olympic Valley, California and one of the largest ski areas in the United States in Lake Tahoe. It is also the home of the Winter Olympics in 1960. During the winter, it’s a great place to ski and snowboard – it’s huge!

What types of slopes were there?
There are green (easy), blue (medium), and black (hard), so there’s a good variety of slopes for different levels of skiers and snowboarders.

How did we get there?
We used Tahoe Ski Trips and the bus picked us up in the design district in San Francisco at 5 am. We got there before 9 am – it was super fast and everyone was sleeping on the bus.

Food at Squaw Valley?
There are restaurants and food stalls at Squaw Valley. We went to 22 Bistro for lunch and had tacos, a salad, and chicken fingers to share. The food was decent and filling, perfect for a day at the slopes.

Recommend?
If you like to ski or snowboard, I would definitely recommend going. We went on what I would consider a crowded day since the weather was so nice, but didn’t feel that it was New York City crowded and still enjoyed it! 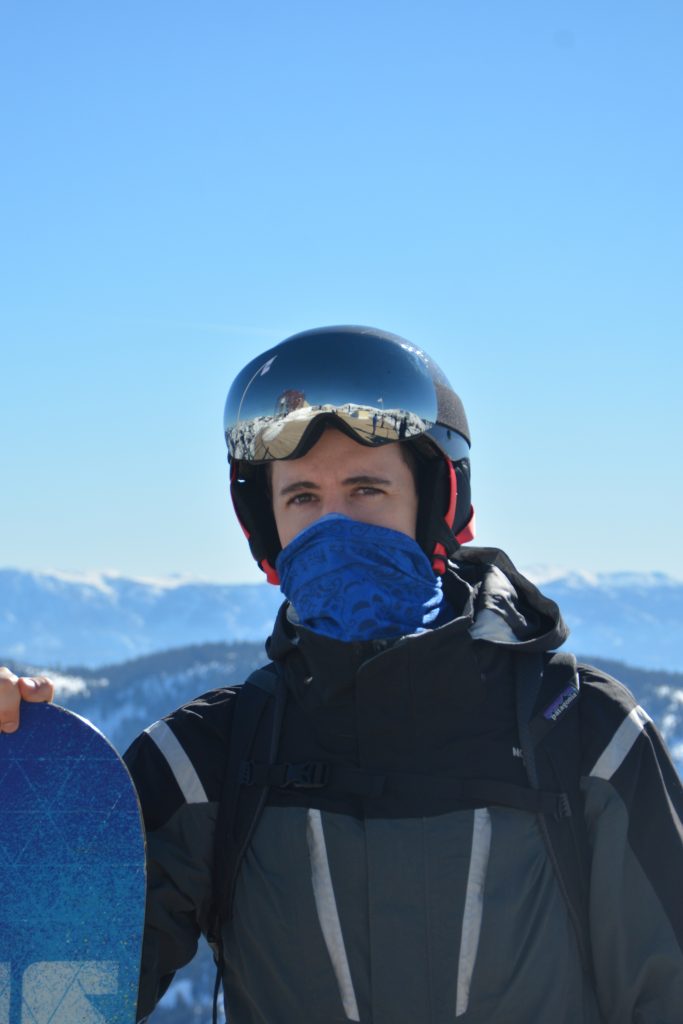 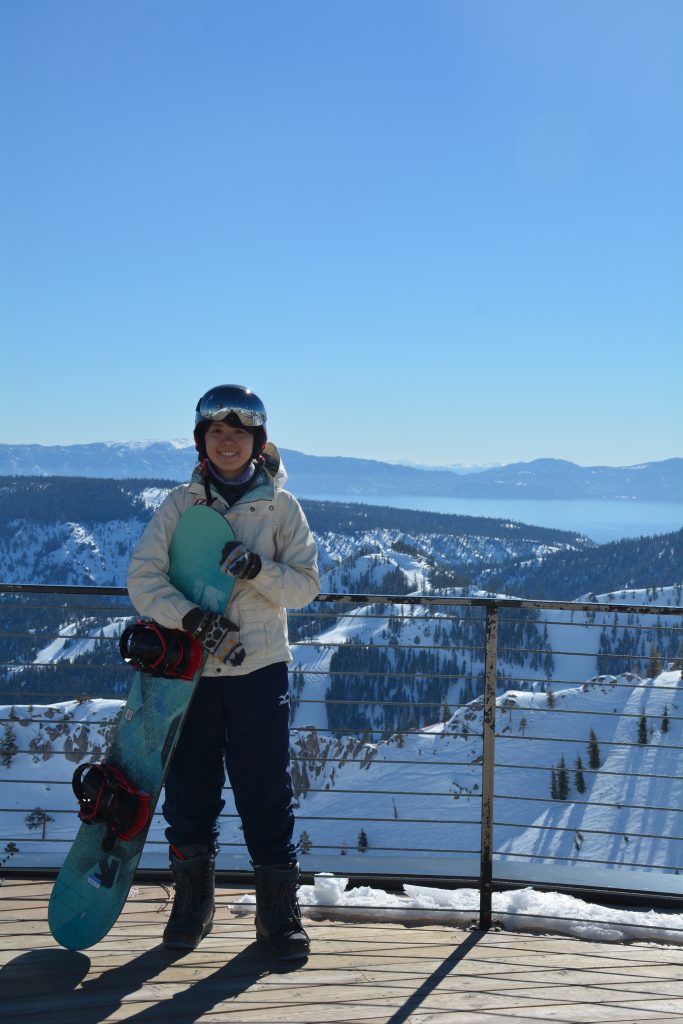 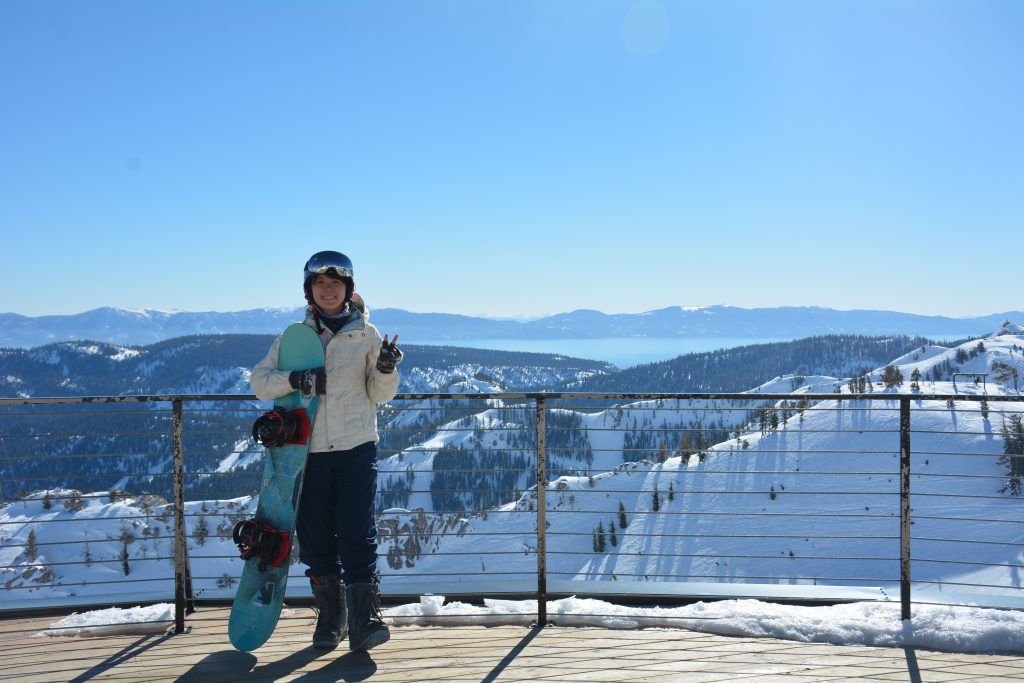 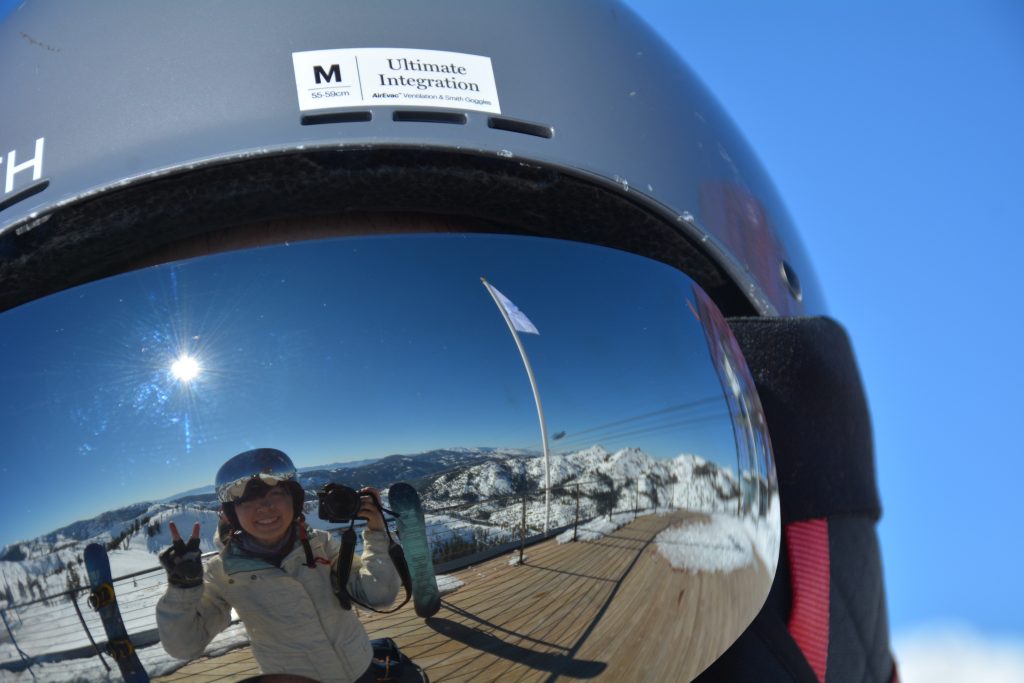 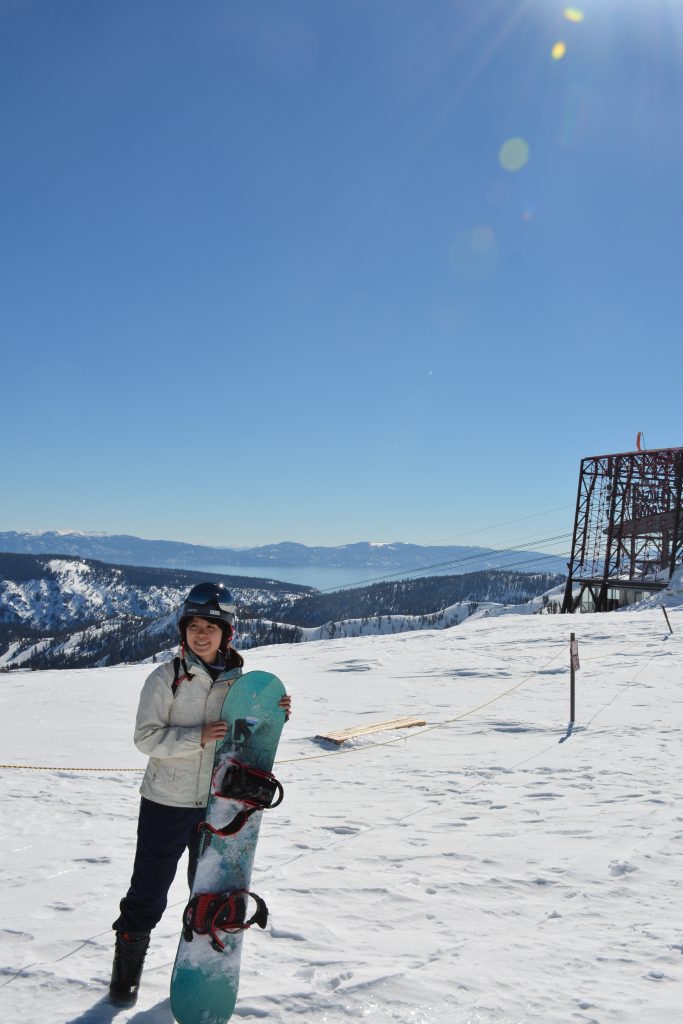 Warming up on the green slopes 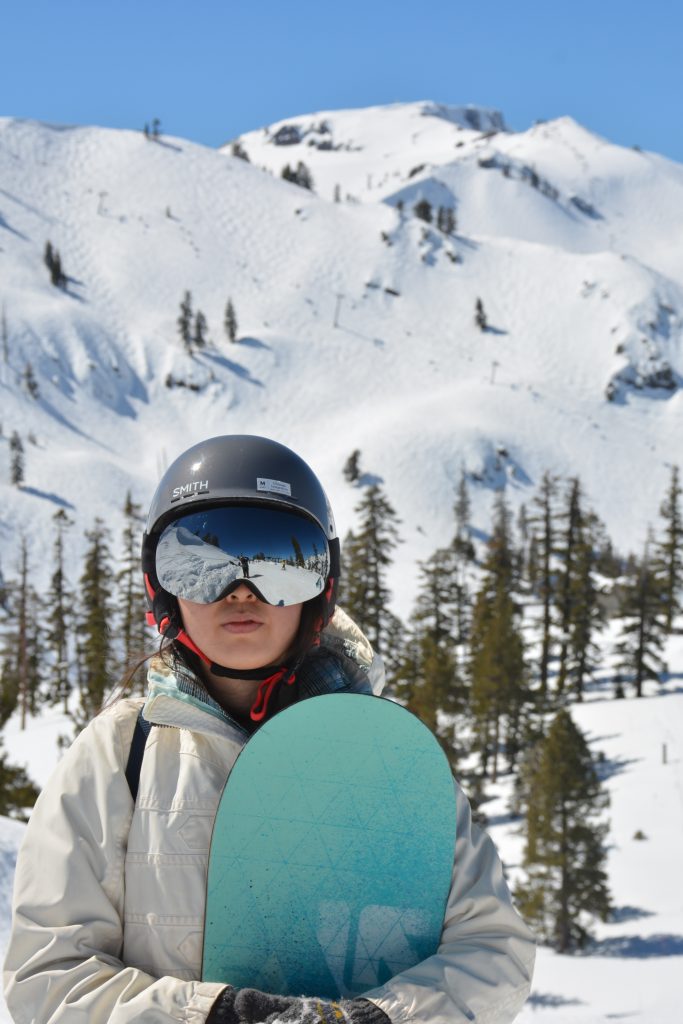 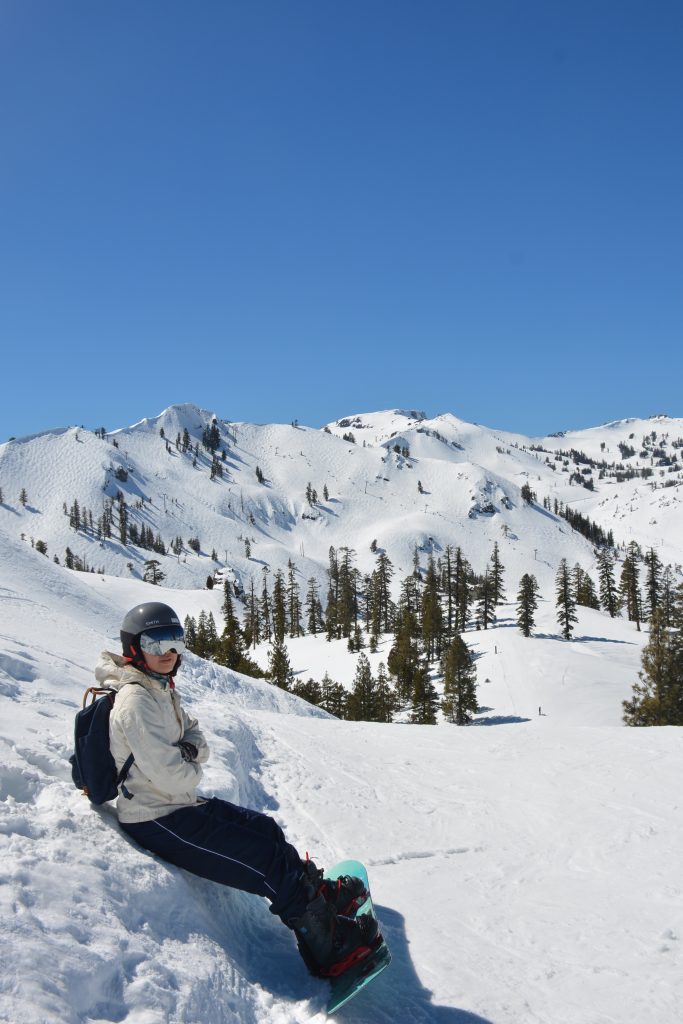 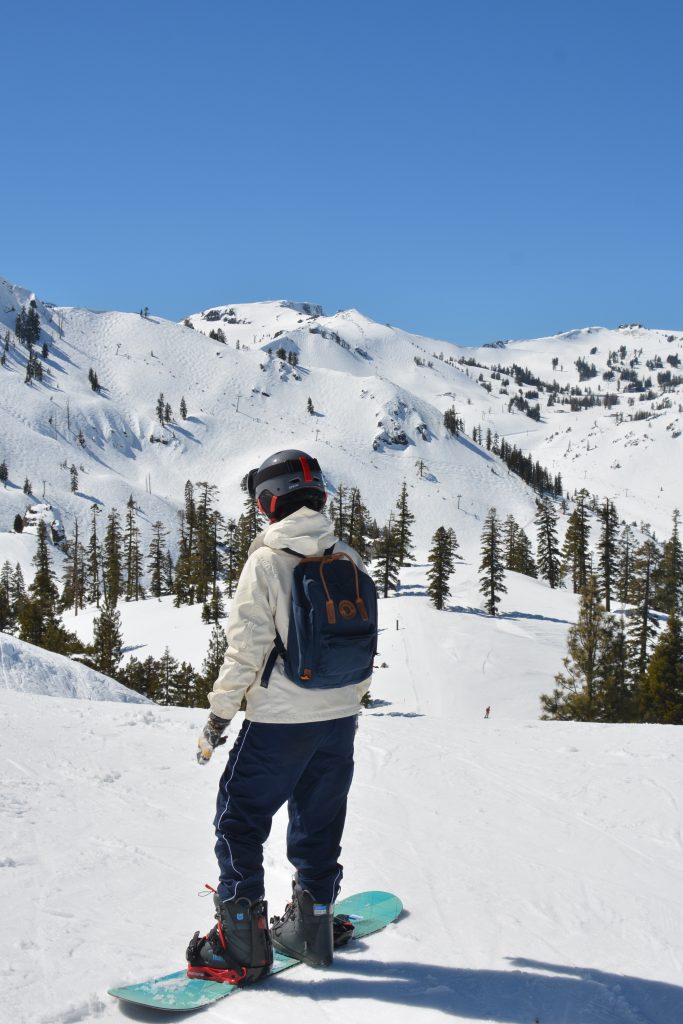 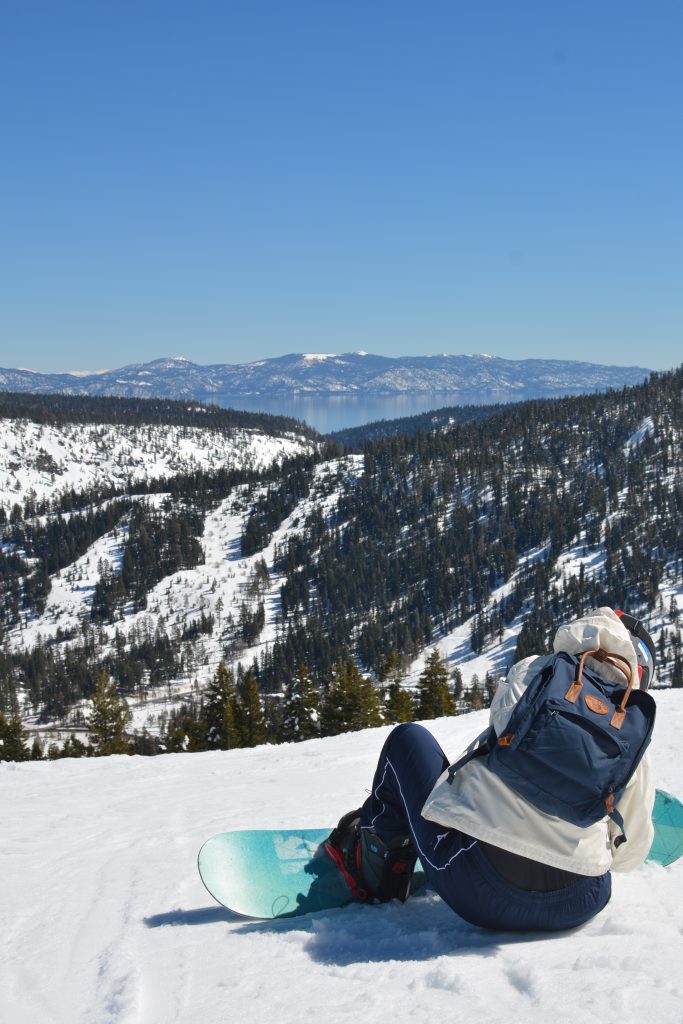 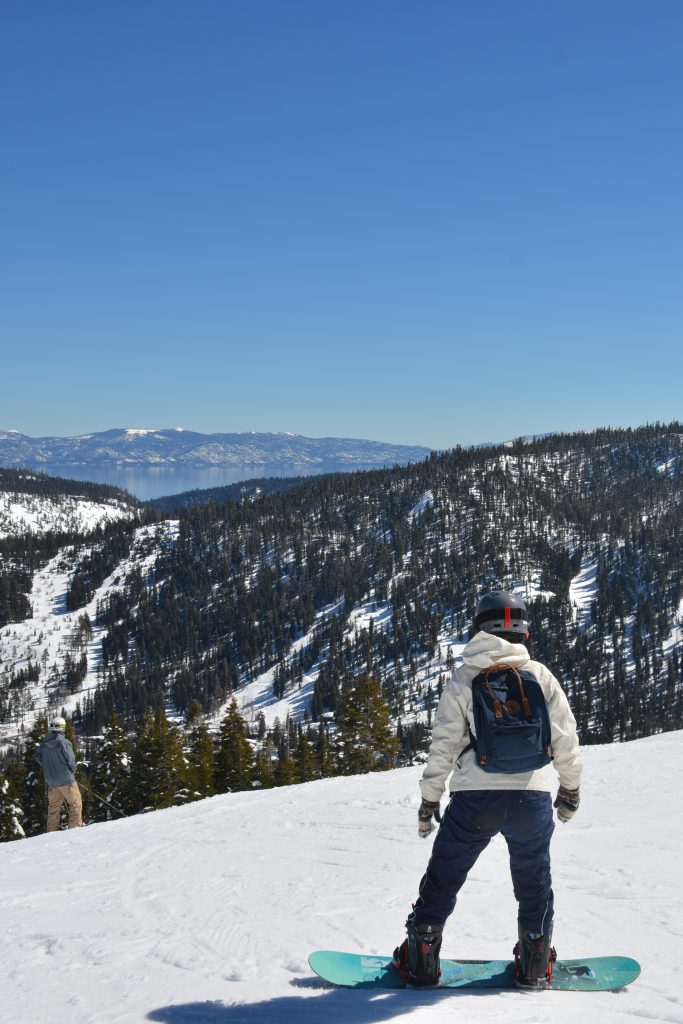 Medium slope with a lake view!