We visited Los Angeles over Thanksgiving weekend. I’ve been to LA before, but not with Dustin! Since moving to California, we knew we wanted to hit up many of the national parks (Joshua Tree National Park, Death Valley National Park, etc). For our trip to Joshua Tree and Death Valley National Park, we knew there were also some things in LA that we wanted to visit – one of them being Alabama Hills! This place looked like it was another planet, so we knew we had to stop by on our back from the national parks to LA.

What is Alabama Hills? Where is it?
Alabama Hills are a range of hills and rock formations near Lone Pine in Inyo County, California. You can see the Eastern Sierra Mountains from Alabama Hills – beautiful! There are tons of rocks to climb and hiking trails as well. This was my favorite place throughout from the California Thanksgiving road trip. This place is nothing like I’ve ever seen before, it felt like I was on another planet. It felt like the land of dinosaurs. We spent around 3-4 hrs here just exploring.

How do you get there?
We had rented a car for the trip. If you’re visiting from LA, you’ll definitely need a car. We drove from Death Valley National Park, which was a 2-3 hr drive. From LA, it’s a little more than a 3 hr drive. Some paths to great views in Alabama Hills are dirt paths, so make sure your car can handle the paths. We had a KIA Soul rental car during November (no snow) and it did fine. It probably would’ve been easier to drive with a four wheeler, but we had no trouble with the car that we had.

What did we do there?
We wandered through the hills and just climbed around the rocks to find the best views and most interesting rocks. We didn’t follow any particular hike besides the Mobius Arch Loop Trail. It was a quick hike through rock formations. The loop trail is known for it’s heart rock and arch rock.

Recommended?
Absolutely – 100%! It was my favorite part of the trip, especially since I’ve never seen anything like this before. I wish it was closer to San Francisco, so I could go here on the weekends. 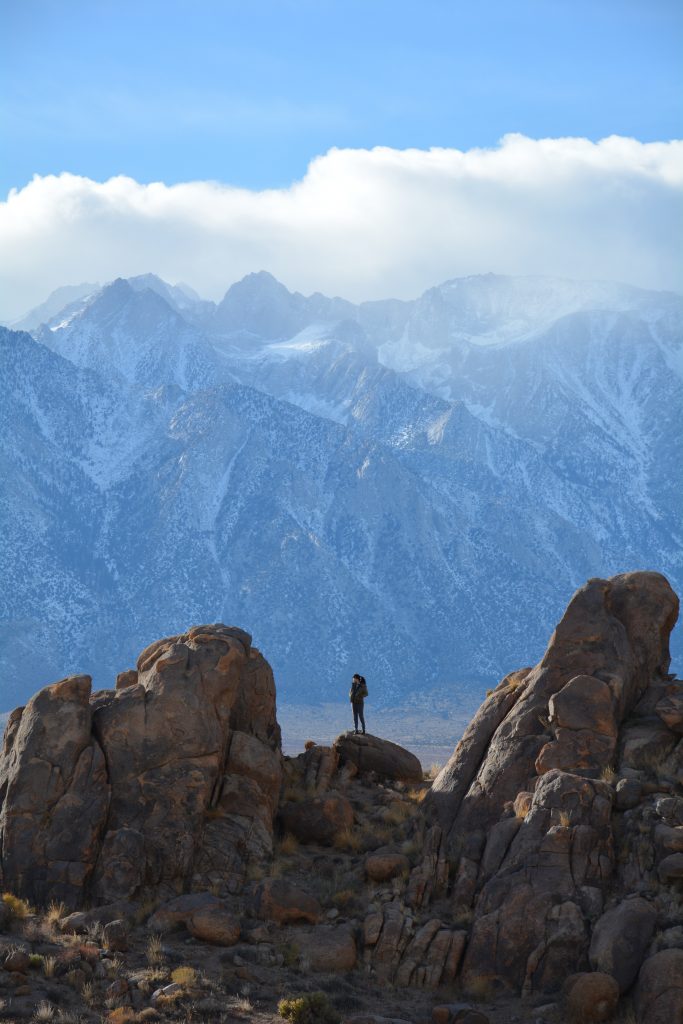 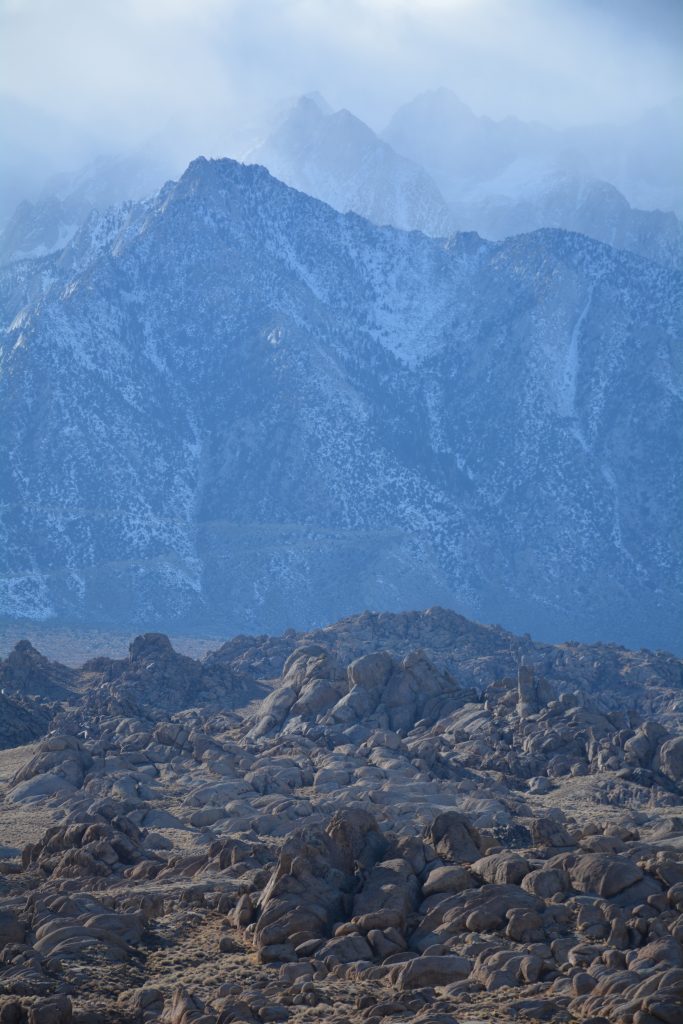 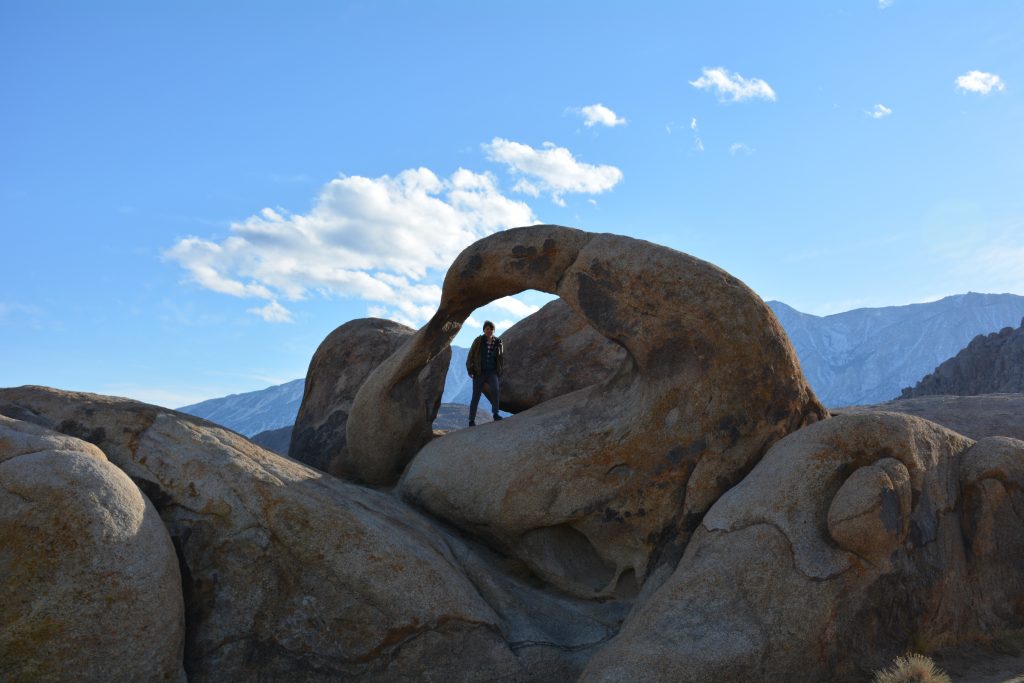 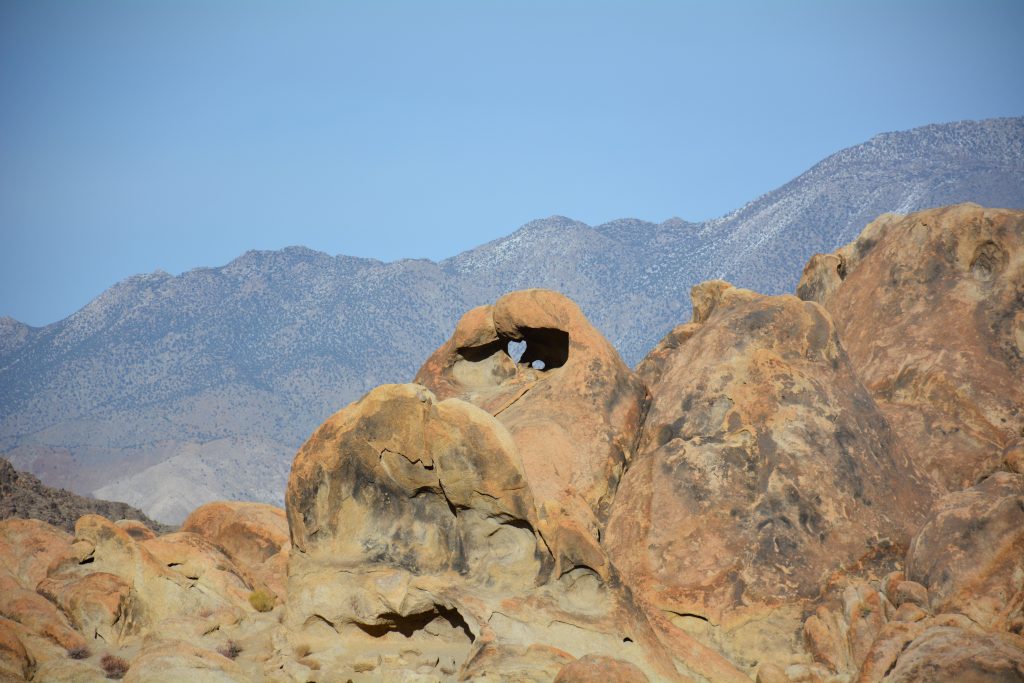 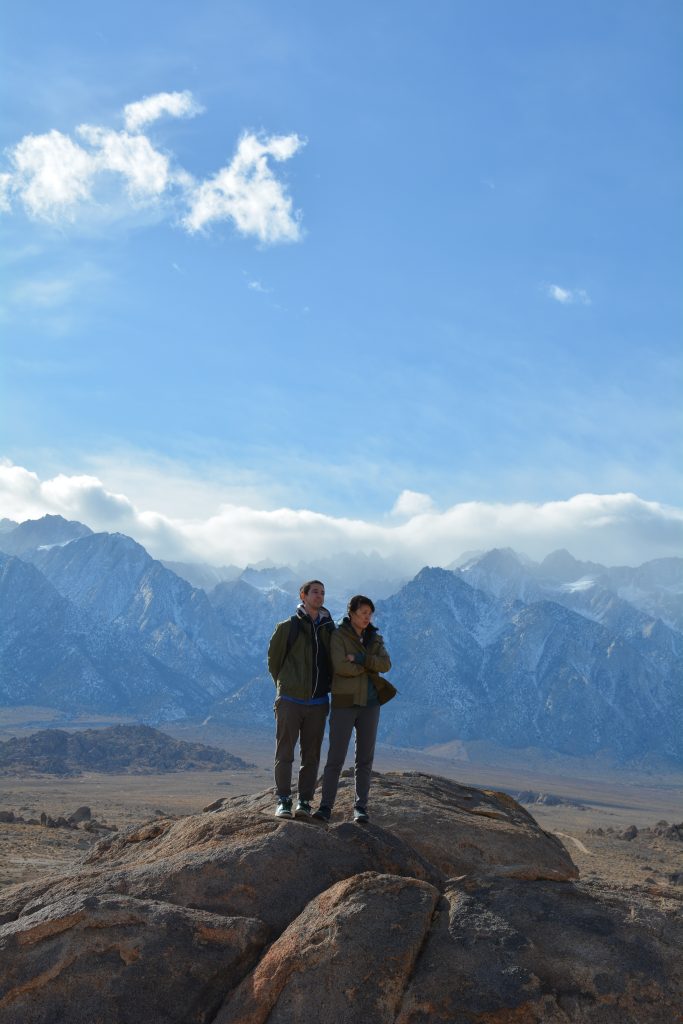 A little cold and windy, but look at that view! 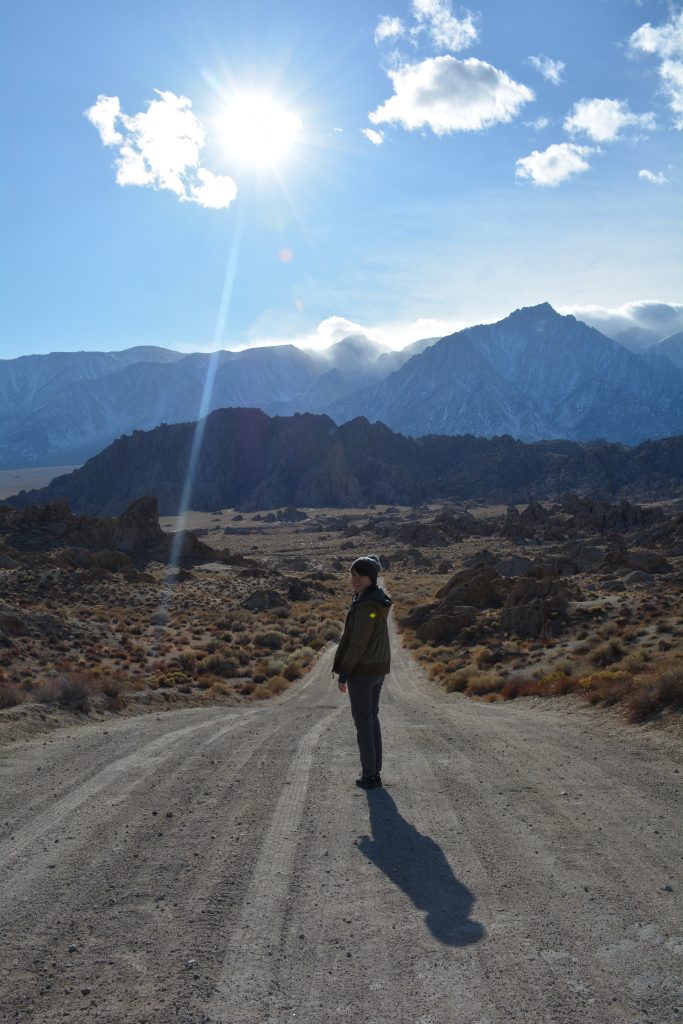